5 Requirements of new access control Usage of a digital object can not only be time- independent, like read and write But also temporal and times-consuming, such as payment-based online reading, or a downloadable music file that can only be played 10 times within a valid period. It means that authorization can be updated during ongoing usage

7 Difference From UCON In UCON model, it uses ABC (Authorization, oBligation, Condition) core models to solve these problems In TUCON model, we consider temporal and consumed factors as attributes of Authorizations rather than attributes of subjects or objects Support delegation TUCON is simple to be implemented.

8 Preliminaries of TUCON Definition 1 (Periodic expression) [ Bertino et al. 98] A periodic expression is defined as, where, and are calendars for and. Here let D present the set of all valid periods. Example : From 9:00 AM to 12:00PM during workdays Definition 2 (Times) Times are a set of natural numbers, formally defined as

14 THEOREM 1 ( Completeness) The policy in TUCON can be specified by a non-empty set of TUCON rules. Proof: 1 no conflict decisions 2 specifying all possible decisions Completeness of rules

17 Access objects Times-based Authorization Base (TAB) > A set of authorizations, in which there is no conflict authorizations. Valid Access Function > A function to check every access request against the current TAB to determine whether the access is authorized.

19 Conclusion and Future Work Wide applications, especially in times- metered systems Viewed as a solution to some specific problems of mutable attributes in modern access control Extend the model by considering different intervals and different periods. Develop the administration of authorization in UCON Using temporal logic to express? 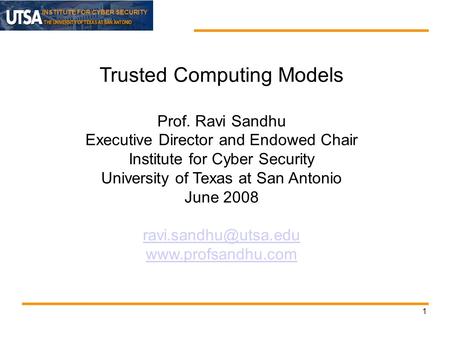 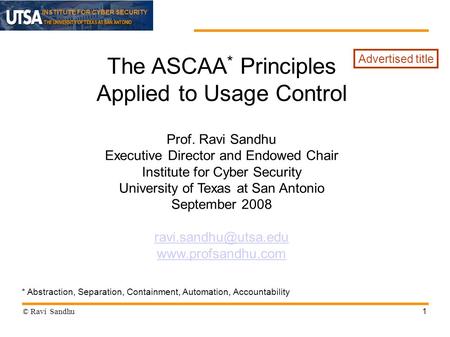 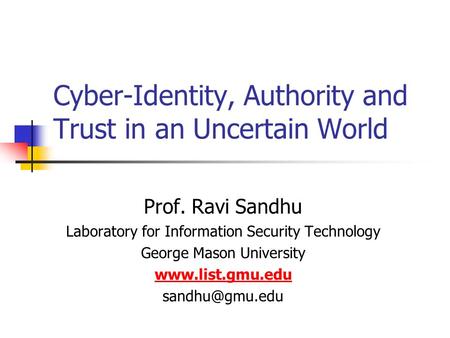 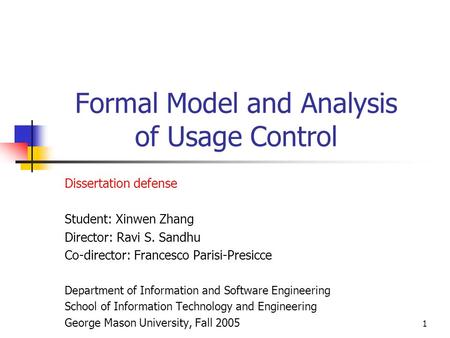 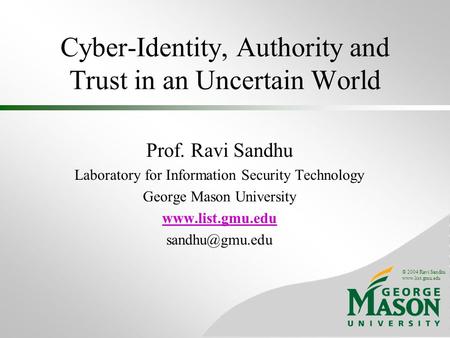 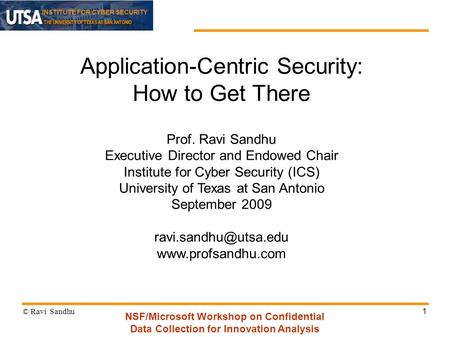 INSTITUTE FOR CYBER SECURITY 1 Application-Centric Security: How to Get There Prof. Ravi Sandhu Executive Director and Endowed Chair Institute for Cyber. 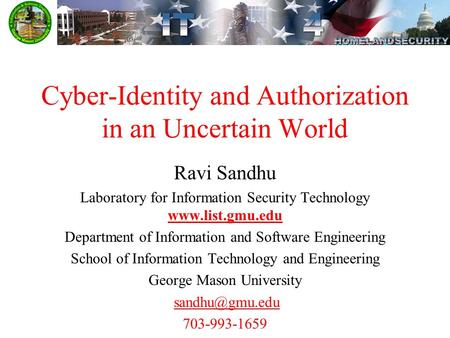 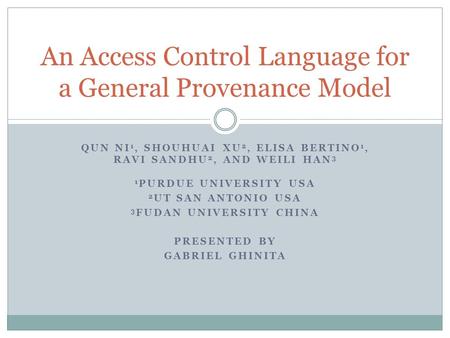 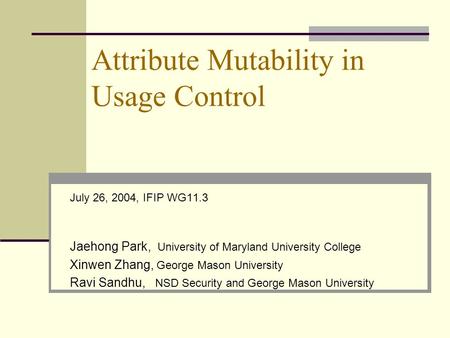 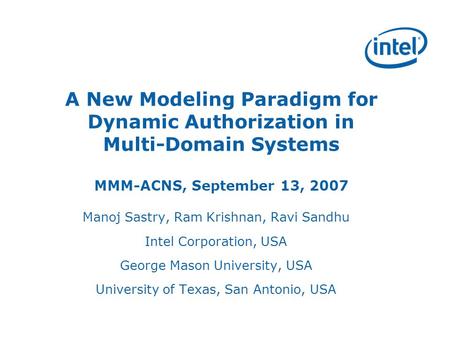 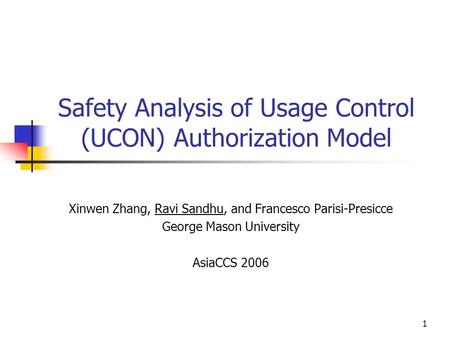 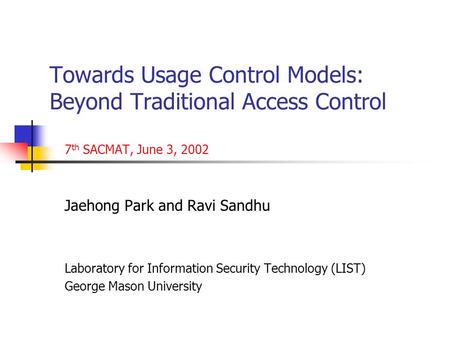 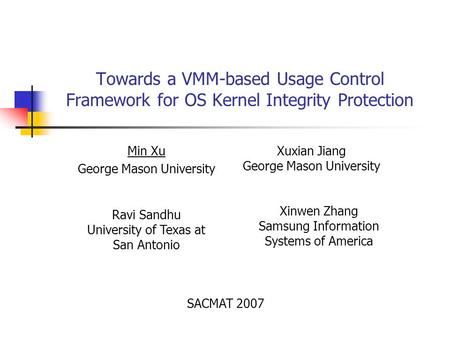 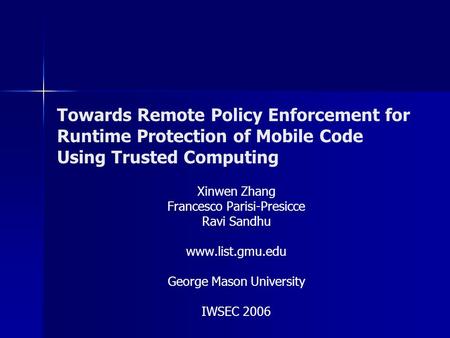 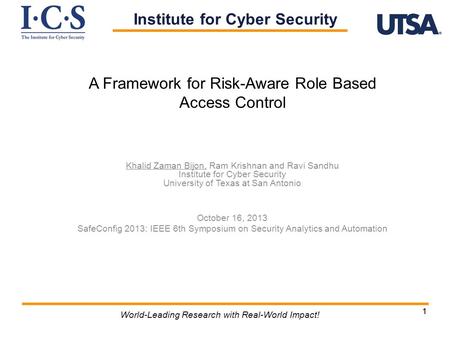 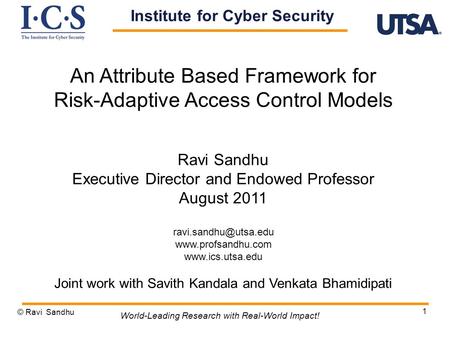 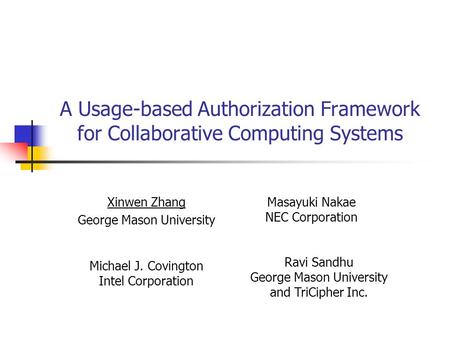 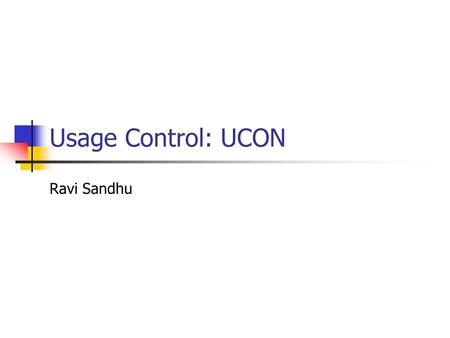 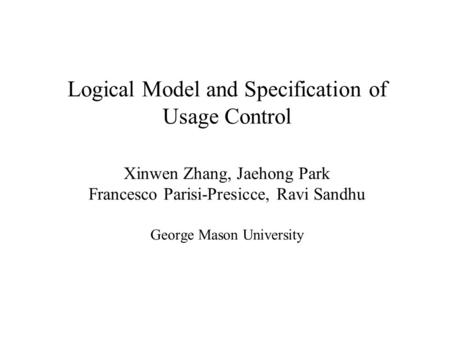 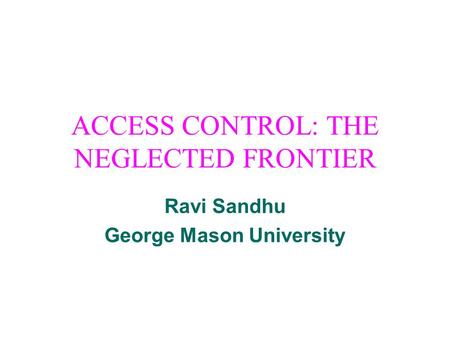