4 The Basics Criminal Law: violation of specific laws that will be punished Civil Law: disputes between two sides that violate statues (legislative decisions) or common law (judicial decisions) Original jurisdiction: where the case is heard first, usually in a trial. Appellate jurisdiction: cases brought on appeal from a lower court.

5 Participants Litigants Plaintiff v. Defendant Must have standing to sue (next slide) Standing can include class action lawsuit: a group who have similar complaints, band together to represent all who are affected Must be “justiciable disputes”: case must be capable of being settled as a matter or law Groups ACLU, NAACP, NRA, etc. file amicus curiae briefs Attorneys Hard to navigate the system without one!

6 Standing to Sue There must be a real controversy between adversaries. Personal harm must be demonstrated. Being a taxpayer does not ordinarily constitute entitlement to challenge federal government action; this requirement is relaxed when the First Amendment is involved.

7 Structure of the Federal Courts (Constitutional Courts) District Courts: the entry point for most litigation in federal courts, trial courts. Courts of Appeal: review all final decisions of district courts, with the authority to review and enforce orders of regulatory agencies. Supreme Court: sets its own agenda only court in Constitution- Article 3 Other courts created by Acts of Congress (Judiciary Act 1789

12 Judicial Review Judicial review: the right of the federal courts to rule on the constitutionality of laws and executive actions. It is the chief judicial weapon in the checks and balances system.

14 Selecting Justices Party background has a strong effect on judicial behavior. Senatorial courtesy: Appointees for federal courts are reviewed by senators from that state, if the senators are of the president’s party (particularly for U.S. district courts).

17 The Supreme Court in Action Most cases arrive through a writ of certiorari. Lawyers then submit briefs that set forth the facts of the case, summarize the lower court decision, give the argument of that side of the case, and discuss other issues. Amicus curiae briefs are submitted by interest groups, not parties to the lawsuit. Oral arguments are given by lawyers after briefs are submitted. Solicitor General: appointed by President and 3 rd highest in DoJ; Performs 4 functions: Decide to appeal cases gov’t lost in lower courts, review and modify gov’t briefs in appeals cases, represent gov’t in Supreme Court, submit amicus curiae briefs in cases gov’t not involved in

20 Constitutional Interpretation Strict construction: justices are bound by the wording of the Constitution Original intent: deciding based on the intent of the founding fathers Judicial restraint: justices are interpreters, not policy-makers. Loose construction: considering the underlying principles of the Constitution Judicial activism: using underlying concepts in the constitution to make bold new policy. Political Question Doctrine: Practice of court to avoid certain cases, especially conflicts b/w President and Congress

22 Evolution of Court Foci Founding to Civil War: focus on strength and legitimacy of federal government Civil War to 1937: focus on the relationship between the government and economy 1937 to present: focus on personal liberty and social and political equality Expanded personal freedom and civil rights, less restrictions on regulation of economy

23 Arguments for Judicial Activism Courts should correct injustices when other branches or state governments refuse to do so. Courts are the last resort for those without the power or influence to gain new laws.

24 Arguments Against Judicial Activism Judges lack expertise in designing and managing policies. The court makes decisions that require funding state governments don’t have or would prefer to spend elsewhere. Courts are not accountable because judges are not elected and serve life terms.

26 Public Opinion and the Courts Defying public opinion may harm the legitimacy and reputation of the Supreme Court. Appointment process and life terms insulate justices from public opinion. Justices deliberate in secret. Impeachment and lack of enforcement power mean justices are not completely isolated from public opinion. The Court counts on others to respect its decisions. 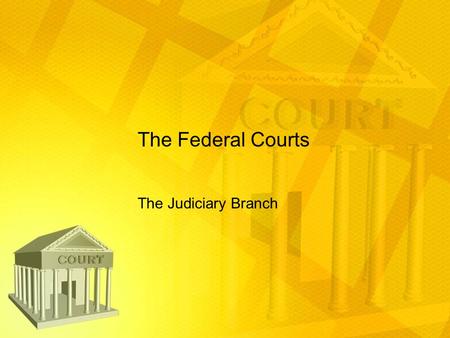 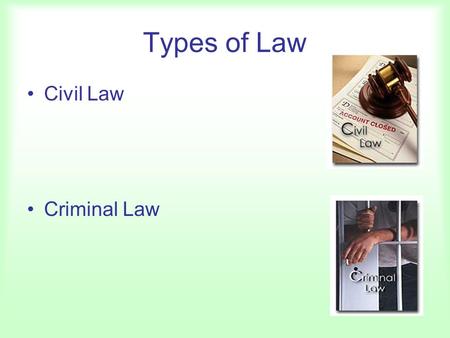