Presentation on theme: "THE NAZIS AND WOMEN. THE BIG QUESTIONS What did Hitler consider to be the role of women? What policies did the Nazis have towards women? How effective."— Presentation transcript:

1 THE NAZIS AND WOMEN

2 THE BIG QUESTIONS What did Hitler consider to be the role of women? What policies did the Nazis have towards women? How effective were these policies? Was life better or worse for women?

8 What was the role for women 1. Traditional wife and mother 2. Childbearing 3. Stay at home 4. A larger population was needed for Lebensraum, larger Armies and a larger economy. Kinder Kirche Kuche

9 GETTING THEM OUT OF WORK. Marriage loan of 1000 marks if you married and left work 15% of women civil servants were sacked Middle class women – teachers etc lost their jobs.

10 DID IT WORK? Working class women stayed in work – they were needed. For the loan you only needed to get married not to leave work. After 1937 there were more women primary school teachers doctors and factory workers then ever.

13 BUT Benefits only for Germans – no Jews 375,000 forcible sterilisations Action T4 – 70,000 the mentally and physically handicapped were killed

16 GOOD OR BAD? That depended on who you were. Aryan women who were happy with the role of wife and mother were paid to do. Career women, Jews and the victims of T4 weren’t so lucky

Download ppt "THE NAZIS AND WOMEN. THE BIG QUESTIONS What did Hitler consider to be the role of women? What policies did the Nazis have towards women? How effective." 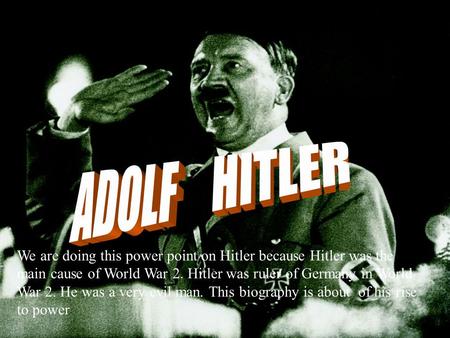 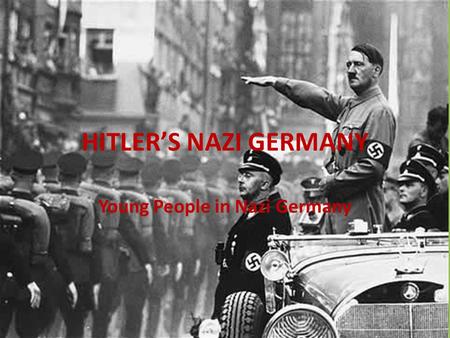 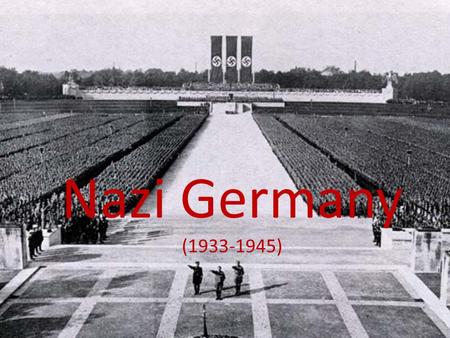 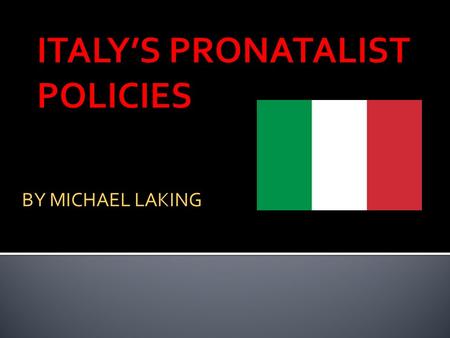 BY MICHAEL LAKING.  Many areas of Europe have a low fertility rate because of the following reasons:  education - people are more aware of the availability. 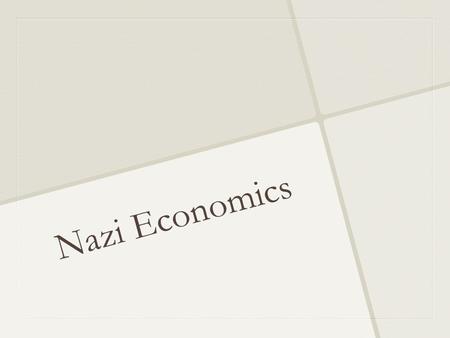 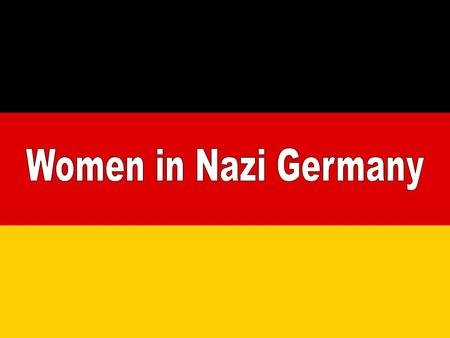 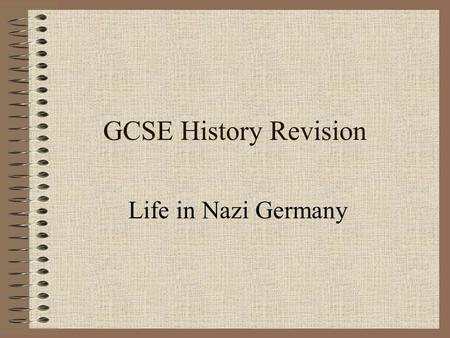