3 HYDROPOWER Hydropower is a clean renewable and reliable energy source which converts kinetic energy from falling water into electricity without consuming more water than is produced by nature. Quite simply the oldest method by which renewable energy has been harnessed by the human race. The first water wheels were used well over 2000 years ago and the technology has since been refined to become very efficient in the production of electricity. The potential energy stored in a body of water held at a given height is converted to kinetic energy (movement energy) which is used to turn a turbine and create electricity. Mechanical energy is derived by directing harnessing or channeling moving water. The amount of available energy in moving water is determined by its flow or fall. In either instance the water flows through a pipe or penstock then pushes against and turns blades in a turbine to spin a generator to produce electricity. In a run of the river system the force of the current applies the needed pressure while in a storage system water is accumulated in reservoirs created by dams then released when the demand for electricity is high. Meanwhile the reservoirs or lakes are used for boating and fishing and often the rivers beyond the dams provide opportunities for white water rafting and kayaking.

4 GEOTHERMAL POWER Have you ever seen pictures of a volcano or a geyser If so then you’ve seen geothermal energy in action! Geo means from the earth and thermal means heat so this type of energy is found under the earth. The hot lava from a volcano and the hot steam from a geyser both come from underground heat and we can use that same type of heat in our homes. Here’s how it works about four feet underground the temperature of the earth stays the same all year long about 55 degrees. A geothermal heating system uses pipes buried more than four feet deep in the earth. The system pumps a liquid through the pipes to absorb the heat and brings it back indoors. A device called a heat exchanger takes the heat from the liquid and uses it to heat the air inside the home. A geothermal system can cool your house during the summer too! It just works in reverse absorbing the heat from the air inside your home and moves it back into the earth. A geothermal heater is also very energy efficient. Almost none of the energy used is wasted so it helps keep heating bills very low during the winter.

5 Wind energy ENERGY FROM MOVING AIR
Wind is simply air in motion. It is caused by the uneven heating of the Earths surface by the sun. Because the Earths surface is made of very different types of land and water it absorbs the suns heat at different rates. One example of this uneven heating can be found in the daily wind cycle. Wind energy The Daily Wind Cycle During the day the air above the land heats up more quickly than the air over water. The warm air over the land expands and rises and the heavier cooler air rushes in to take its place creating wind. At night the winds are reversed because the air cools more rapidly over land than over water. In the same way the atmospheric winds that circle the earth are created because the land near the Earths equator is heated more by the sun than the land near the North and South Poles Wind Energy for Electricity Generation Today wind energy is mainly used to generate electricity. Wind is a renewable energy source because the wind will blow as long as the sun shines. How wind turbines work Like old fashioned windmills today's wind machines (also called wind turbines) use blades to collect the winds kinetic energy. The wind flows over the blades creating lift like the effect on airplane wings which causes them to turn. The blades are connected to a drive shaft that turns an electric generator to produce electricity. With the new wind machines there is still the problem of what to do when the wind isn't blowing. At those times other types of power plants must be used to make electricity.

6 FOSSIL FEUL "Fossil fuels" is a general term used to described materials such as coal petroleum and natural gas that are obtained by mining or by drilling deep into the earth. History All fossil fuels began their existence as prehistoric plants and animals. When these creatures and plants died their matter became covered with earth and was slowly transformed into simple organic molecules that we know today as petroleum (oil) coal and natural gas (methane). This underground process occurred over millions of years, at very high pressures and temperatures. Oil and gas are obtained by drilling deep into the earth. Coal is obtained by mining the material from deep underground. Coal has been mined for thousands of years but the first oil well was drilled in Pennsylvania in 1859. Significance Fossil fuels are the major source of energy throughout the world. In the United States oil provides 95 percent of all the energy used for transportation. Coal is currently the leading source of energy for electrical production, providing 53 percent of all electricity. Renewable energy sources such as wind and solar provide less than 0.5 percent of total electricity production. Therefore it is quite evident that fossil fuels are very important to the quality of life in America and will be relied on for many decades to come. The Future of Fossil Fuels Today, the reality of continued use of fossil fuels for energy is spurring the development of many new technologies to help minimize their environmental impact. Much of this research is focused on clean coal and petroleum technologies and greater energy efficiency. As these technologies emerge, modern lifestyles will become more compatible with a clean environment. 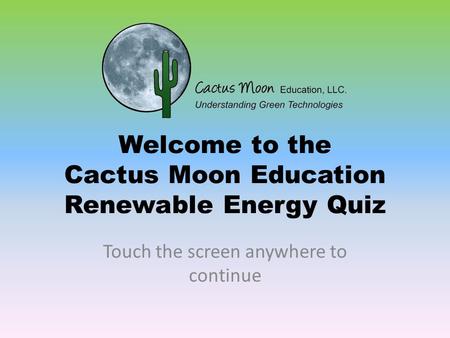 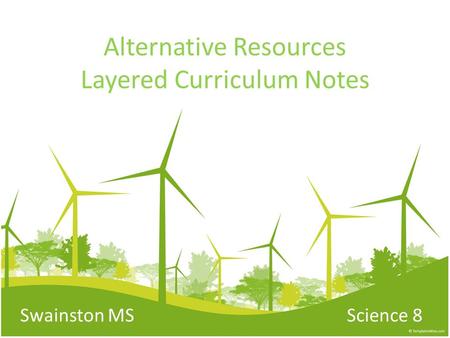 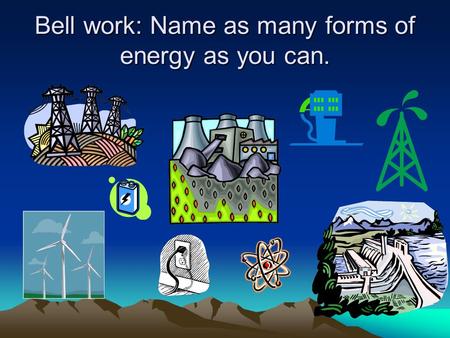 Bell work: Name as many forms of energy as you can. 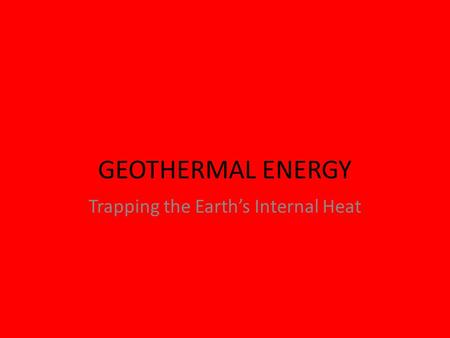 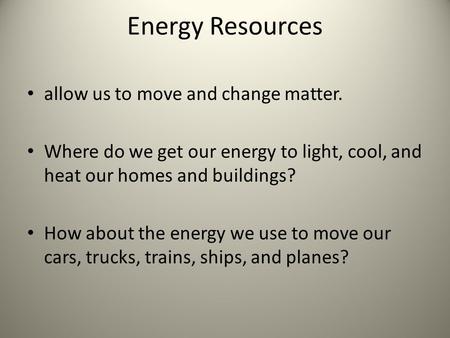