Presentation on theme: "Chemical Bonds. Cl - Na + Basics to Bonding When atoms join they create a chemical bond. – This chemical bond: is the force that holds two atoms together."— Presentation transcript:

3 Ionic Bonding Remember when we talked about how atoms will lose or gain additional electrons – These are called ions – When the positive and negative ions form a bond they create an Ionic Bond. This forms a compound.

5 Metallic Bonding Metals bonding with other metals In metallic bonding the electrons in the outer energy levels are not held tightly and they move freely among the metal ions.

6 Covalent BONDs These are bonds in which nonmetal atoms SHARE electrons. Some atoms like carbon have 4 VE and it would take too much energy to give or take 4 more electrons…so it shares.

7 What Happens in a Covalent Bond? The electrons moving around are attracted to the nuclei of both atoms and move back and forth between the outer energy levels of each atom.

10 Note Quiz 1.What happens with an electron in an ionic bond? 2.What does it mean to have a polar covalent bond? 3.What properties does metallic bonding give to metals?

Download ppt "Chemical Bonds. Cl - Na + Basics to Bonding When atoms join they create a chemical bond. – This chemical bond: is the force that holds two atoms together." 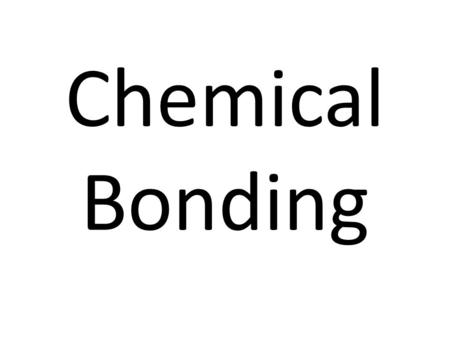 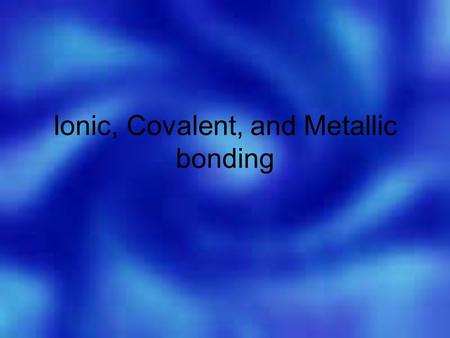