7  A child class inherits the methods and data defined for the parent class; however, whether a data or method member of a parent class is accessible in the child class depends on the visibility modifier of a member.  Variables and methods declared with private visibility are not accessible in the child class  However, a private data member defined in the parent class is still part of the state of a derived class.  Variables and methods declared with public visibility are accessible; but public variables violate our goal of encapsulation  There is a third visibility modifier that helps in inheritance situations: protected.

9  Some languages, e.g., C++, allow Multiple inheritance, which allows a class to be derived from two or more classes, inheriting the members of all parents.  C# and Java support single inheritance, meaning that a derived class can have only one parent class.

10 A child can redefine a method that it inherits from its parent The new method must have the same signature as the parent's method, but can have a different implementation. The type of the object executing the method determines which version of the method is invoked.

12  virtual – tells the compiler that this method CAN be overridden by derived classes public virtual int myMethod() {…}  override – in the subclass, tells the compiler that this method is OVERRIDING the same method in the base class public override int myMethod() {…}  base – in the subclass, calls the base class’s method base.myMethod();

13  An inherited member is continually passed down the line  Inheritance is transitive.  Good class design puts all common features as high in the hierarchy as is reasonable. Avoids redundant code.

14  A polymorphic reference is one which can refer to different types of objects at different times. It morphs!  The type of the actual instance, not the declared type, determines which method is invoked.  Polymorphic references are therefore resolved at run-time, not during compilation.  This is called dynamic binding.

16  All classes in C# are derived from the Object class  if a class is not explicitly defined to be the child of an existing class, it is a direct descendant of the Object class  The Object class is therefore the ultimate root of all class hierarchies.  The Object class defines methods that will be shared by all objects in C#, e.g.,  ToString: converts an object to a string representation  Equals: checks if two objects are the same  GetType: returns the type of a type of object  A class can override a method defined in Object to have a different behavior, e.g.,  String class overrides the Equals method to compare the content of two strings

18  Assigning an object to an ancestor reference is considered to be a widening conversion, and can be performed by simple assignment Car car = honda;  Assigning an ancestor object to a reference can also be done, but it is considered to be a narrowing conversion and must be done with a cast: Honda honda = new Honda(); Car car = honda; Honda honda3 = (Honda)car;

19  Widening conversions are most common.  Used in polymorphism.  Note: Do not be confused with the term widening or narrowing and memory.

20  Everything in C# inherits from object  Similar to Java except includes value types.  Value types are still light-weight and handled specially by the CLI/CLR.  This provides a single base type for all instances of all types.  Called Type Unification

29 Not required, just to demo

56 OK, because they are protected

79  An abstract function has to be overridden while a virtual function may be overridden.  An abstract function can have no functionality. You're basically saying, any child class MUST give their own version of this method, however it's too general to even try to implement in the parent class.  A virtual function, is basically saying look, here's the functionality that may or may not be good enough for the child class. So if it is good enough, use this method, if not, then override me, and provide your own functionality. 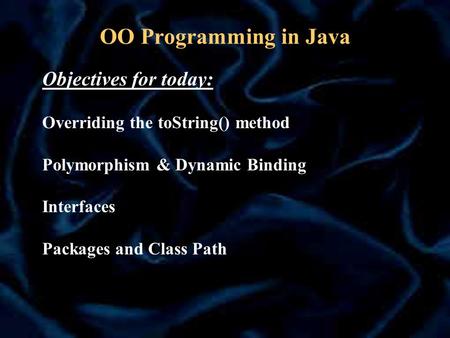 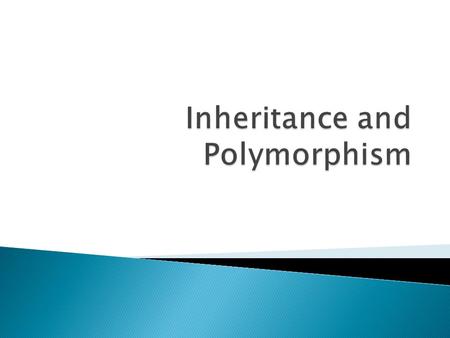 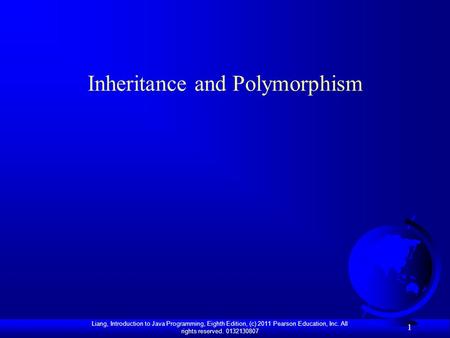 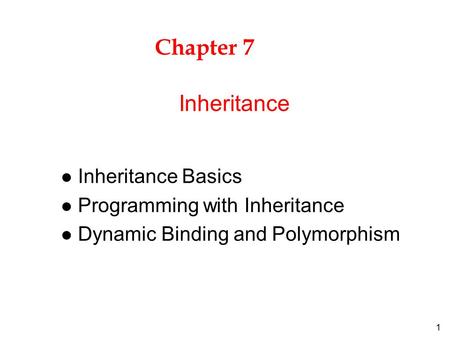