4 Overview of Object Orientation An Object-Oriented Program consists of a group of cooperating objects, exchanging messages, for the purpose of achieving a common objective. Object: An entity that you can manipulate in your programs (by invoking methods). It has: state - attributes behaviors - operations or methods CSM-Java Programming-I Lesson-1

5 Overview of Object Orientation Example: A particular bank account has an account number has a current balance can be deposited into can be withdrawn from CSM-Java Programming-I Lesson-1

6 Classes Classes provide the structure for objects. A class defines the methods and types of data associated with an object. Creating an object from a class is called instantiation; an object is an instance of a particular class For example, the Account class could describe many bank accounts, but toms_savings is a particular bank account with a particular balance CSM-Java Programming-I Lesson-1

9 CSM-Java Programming-I Lesson-1 Object Creation Basic Syntax: new ClassName(parameters) Every object is created with a new operator. The object itself lives in memory somewhere in the JVM. Example: Book b = new Book(); –The variable b is not an object; it contains the address of the object (a reference to a Book object.)

11 CSM-Java Programming-I Lesson-1 Object Creation References are stored in variables, and variables have types that are specified by the programmer at compile time. For object references, assignment copies the memory location. E.g. obj1=obj2;

12 CSM-Java Programming-I Lesson-1 Declaring Constructors Basic syntax of a constructor: (modifier)ClassName(parameters) { ( statements…) } A constructor initializes an instance of a class. The name of the constructor must always be the same as the class name. Constructors do not have return values and are not inherited.

15 Difference Between Object And Class Set of objects with the same behavior is a Class. Book could be a class. Objects are instances of classes. If Book be a class then, each individual book is a unique instance of a class Book. The attributes and operations defined by a class are for its objects, not for itself. A class is a logical construct, an object has physical reality. CSM-Java Programming-I Lesson-1

22 CSM-Java Programming-I Lesson-1 Garbage Collection When an object no longer has any valid references to it, it can no longer be accessed by the program, the space it occupies can be reclaimed. Java performs automatic garbage collection periodically. In other languages, the programmer has the responsibility for performing garbage collection

23 CSM-Java Programming-I Lesson-1 Pass by Value, Pass by Reference Java language only passes argument by value, i.e. Java passes a copy of value of the argument to the method. The term pass by reference means that when an argument is passed to a function, the invoked function gets a reference to the original value, not a copy of its value. Java does not pass objects by reference; it passes object references by value.

24 CSM-Java Programming-I Lesson-1 The this keyword this is always a reference to the object on which the method was invoked. this can be used inside any method to refer to the current object. To pass the current object as a parameter to another method or constructor Example: –public class Book –{ –private String bookName; –public setBookName(String bookName) –{ –this.bookName = bookName; –}

27 CSM-Java Programming-I Lesson-1 OOP Principle - Encapsulation Encapsulation is the mechanism that binds together the code and the data it manipulates, and keeps both safe from outside interference and misuse. Hides the implementation details of a class behind operations performed on its internal data. Forces the user to use an interface to access data.

28 OOP Principle - Inheritance Inheritance is the process by which one object acquires the properties of another object. By use of inheritance, an object need only define all of its characteristics that make it unique within its class, it can inherit its general attributes from its parent. BankAccount CheckingSavingsCDs CSM-Java Programming-I Lesson-1

29 OOP Principle – Polymorphism Polymorphism(from Greek, meaning“many forms”) is a feature that allows one interface to be used for a general class of actions, i.e. one interface, multiple methods. Example: BankAccount.getInterest(); CSM-Java Programming-I Lesson-1

31 CSM-Java Programming-I Lesson-1 Java Code Conventions Methods – Method names should be verbs, in mixed case, with the first letter in lowercase. Within each method name, capital letters separate words. Limit the use of underscores. Example: getBalance() Variables – All variables should be in mixed case with a lowercase first letter. Words are separated by capital letters. Limit the use of underscores, and avoid using the dollar sign ($) because this character has special meaning to inner classes. Example: currentCustomer 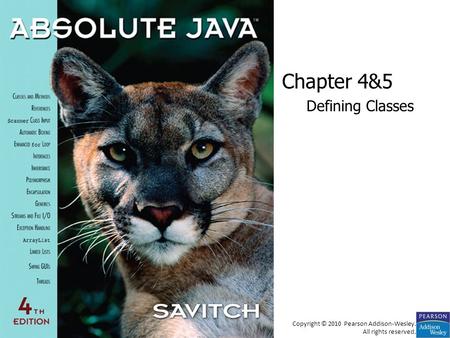 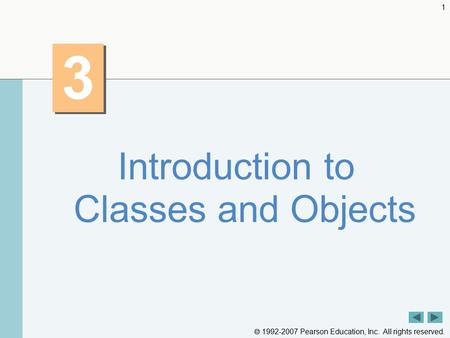 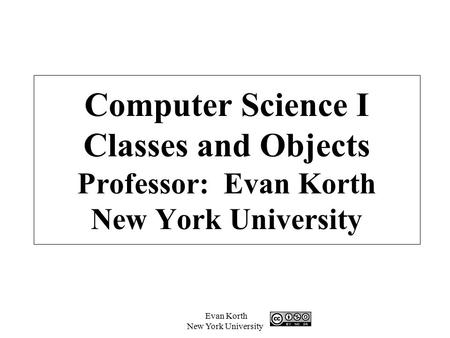 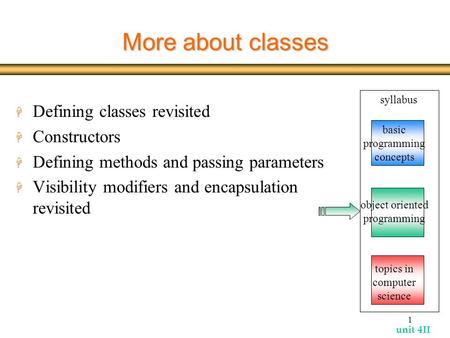 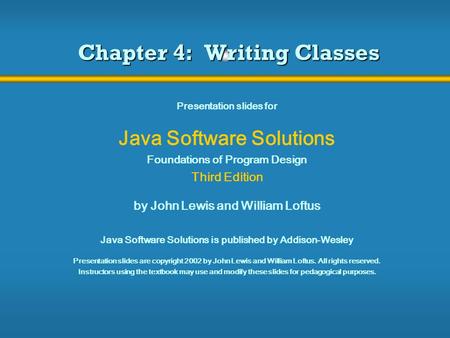 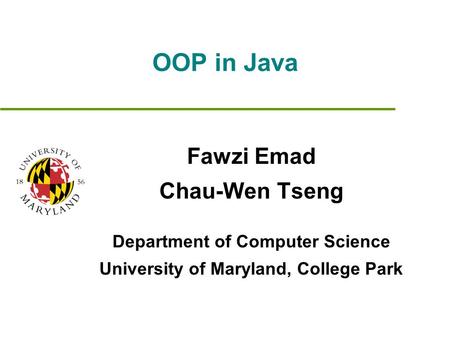 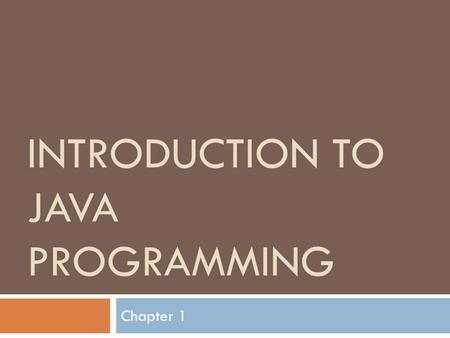 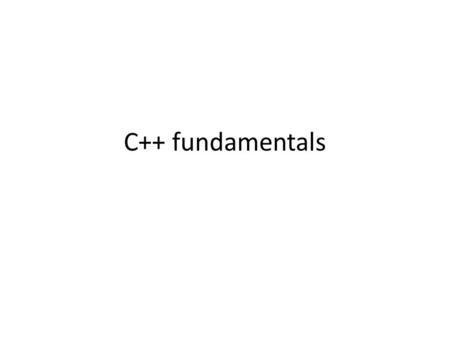 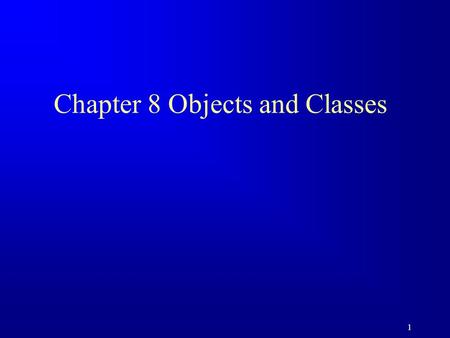 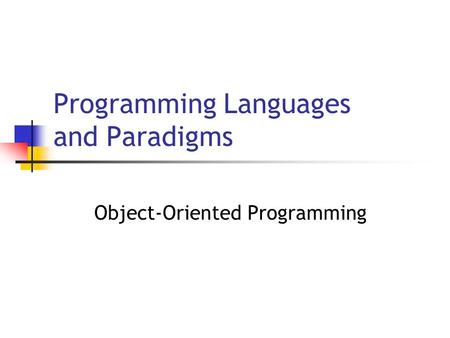 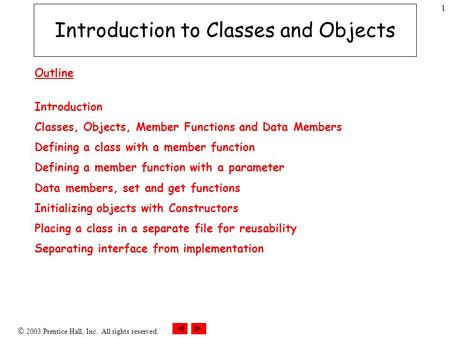 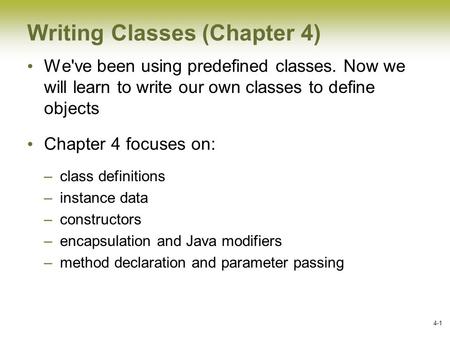 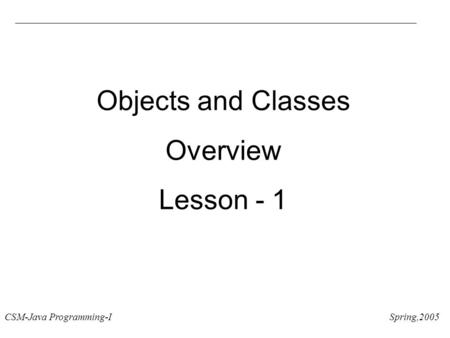 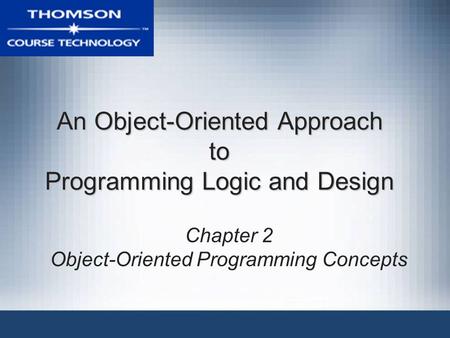 An Object-Oriented Approach to Programming Logic and Design 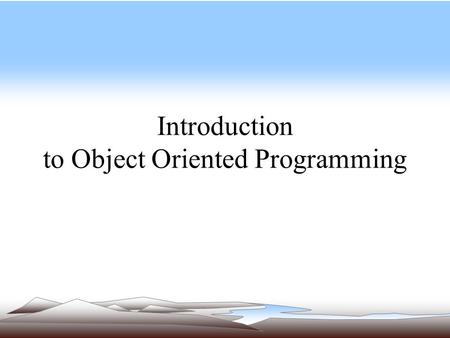 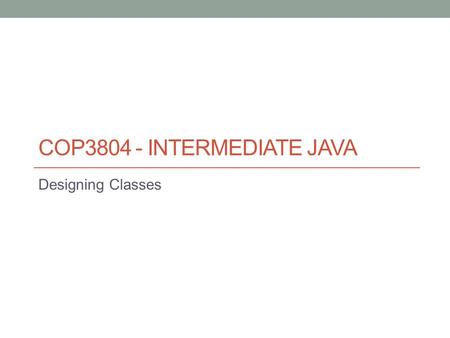 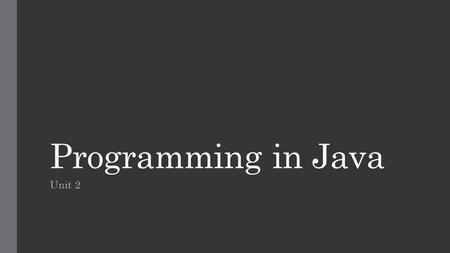 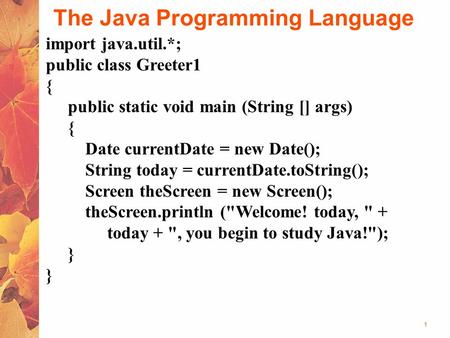 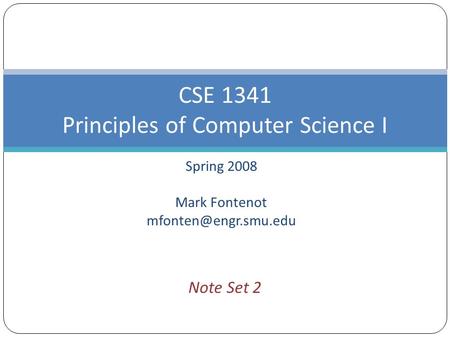