Presentation on theme: "Reconstruction. How to put the Union back together?"— Presentation transcript:

2 How to put the Union back together?

6 Freedmen’s Bureau  Created by Congress in 1865 (after vetoed by President Andrew Johnson)  Functioned as a division of the War Dept  Supplied clothing, food, and medical supplies to war refugees  Redistributed land abandoned or seized during the war  Educated more than 250,000 freed slaves  Discontinued in 1872 with pressure from white southerners 4

14 Johnson’s Impeachment Johnson opposed equal rights for African Americans He fired his Secretary of War, Edwin Stanton, who was a friend of the Radicals May 1868, Johnson was acquitted in the Senate by only one vote 10

16 Carpetbag – a travel bag made from a scrap of carpet

19 Sharecroppers  Workers who lived on land owned by others and farmed it for a share of the crops at harvest time.  Many had to pay a planter for housing or food, which usually left them in debt every year. 13

20 Tenant Farmers  Rented land  Grew and sold their own crops.  Had a higher social status than sharecroppers.  Sometimes saved enough money to buy their own land. 14

23 Compromise of 1877  The election of 1876 was nearly a tie in the popular and electoral votes.  Southern Democrats agreed to give the election to Republican Rutherford B. Hayes if he agreed to  Remove all remaining federal troops from the South.  Give huge amounts of federal funding to build southern railroa ds. 17

Download ppt "Reconstruction. How to put the Union back together?" 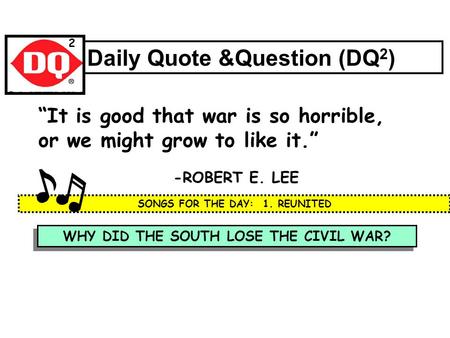 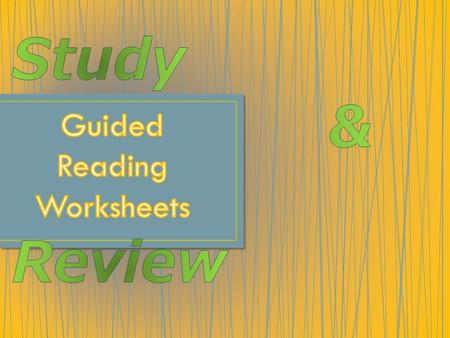 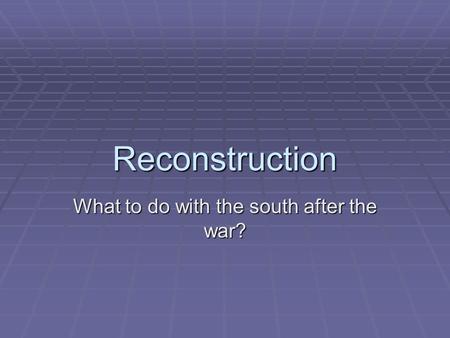 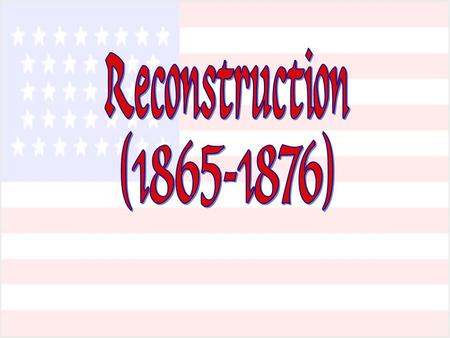 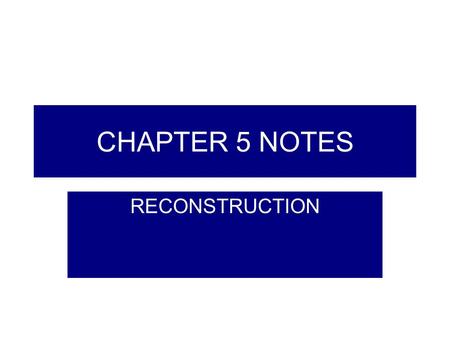