3 Netiquette- Dos and Don’ts
Do- Act with courtesy. Don’t – Act Disrespectful Do- Respect your privacy and others privacy. Don’t – Post things you don’t want to share with the world. (Social Media Netiquette, n. d.)

4 Copyright and Fair Use “Copyright grants the author of the work the legal right to determine how or whether the work will be reproduced, distributed, displayed, or performed, as well as the right to produce derivative works based on the original.” “Fair use allows for portions, or in some cases the entirety, of copyrighted works to be used for purposes such as "criticism, comment, news reporting, teaching (including multiple copies for classroom use), scholarship, or research." (BlackBoard, 2000)

5 Plagiarism ACCORDING TO THE MERRIAM-WEBSTER ONLINE DICTIONARY, TO "PLAGIARIZE" MEANS to steal and pass off (the ideas or words of another) as one's own to use (another's production) without crediting the source to commit literary theft to present as new and original an idea or product derived from an existing source (Plagiarism 101, 2013)

6 Ways to Avoid Plagiarism
Plagiarism can be avoided by properly siting sources. There are a few online websites that will check work for plagiarism, this tool is very useful for teachers.

7 Safety on the Internet The internet can be a very dangerous place if certain rules are not followed or certain precautions not taken. “ Identity theft and identity fraud are terms used to refer to all types of crime in which someone wrongfully obtains and uses another person's personal data in some way that involves fraud or deception, typically for economic gain. ” (Identity Theft and Identity Fraud, 2013) You should not share your passwords with others.

9 Cyberstalking “Cyberstalking may arise where an individual pursues or repeatedly attempts to contact someone via the Internet. The Internet provides a number of protocols by way of which this may happen, such as , chat rooms, instant messaging, bulletin boards, website discussion forums or user net groups. The distinction between harassment and cyberstalking is that cyberstalking is characterized by pursuit and fear.” (Harvey, 2003)

11 Safety on the Computer It is also very important to protect your computer itself from being harmed or invaded. “According to Webster's Collegiate Dictionary, a computer virus is "a computer program usually hidden within another seemingly innocuous program that produces copies of itself and inserts them into other programs or files, and that usually performs a malicious action (such as destroying data)“.” “Worms are very similar to viruses in that they are computer programs that replicate functional copies of themselves (usually to other computer systems via network connections) and often, but not always, contain some functionality that will interfere with the normal use of a computer or a program.” “A Trojan horse is a program that does something undocumented which the programmer intended, but that users would not accept if they knew about it.” (University Information Technology Services, 2013) 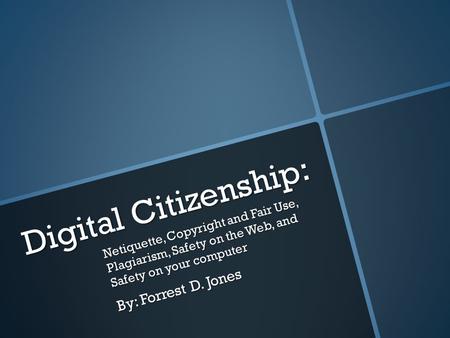 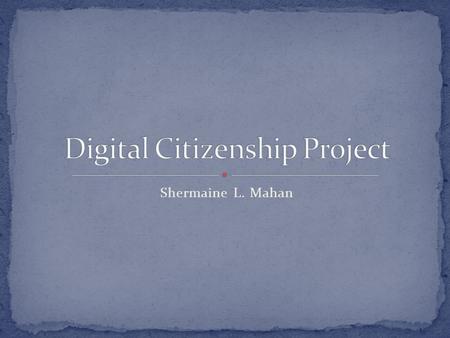 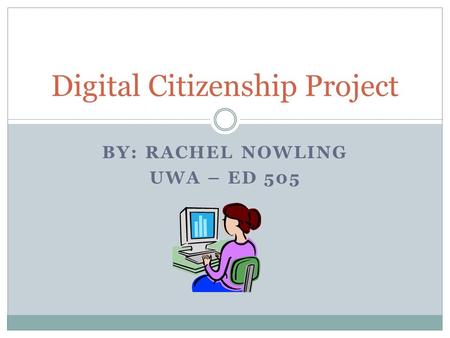 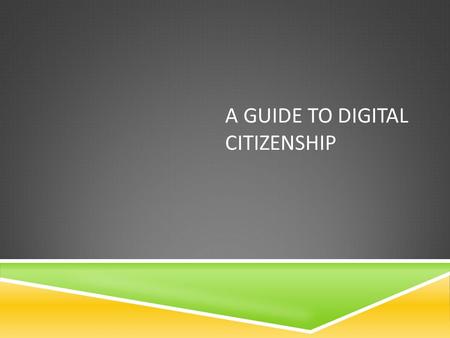 A Guide to Digital Citizenship 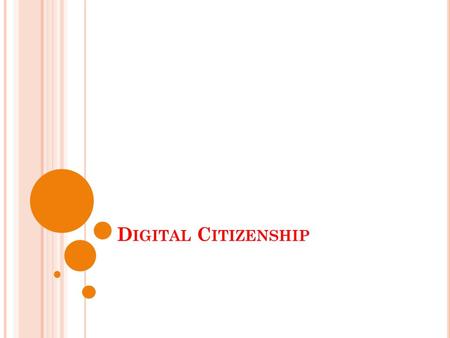 D IGITAL C ITIZENSHIP. Definition: The informal rules of behavior to be followed when using the Internet N ETIQUETTE. 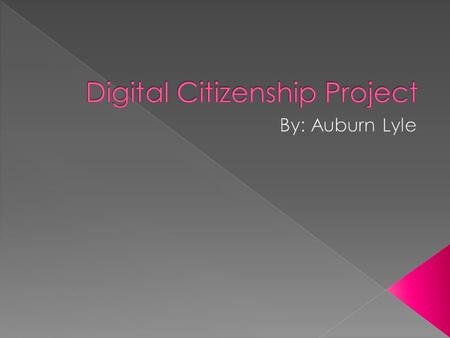  Netiquette- manners for how to use computer networks, including the internet. Do’sDon’ts - Make a presence online- Submit before you think - Check your. 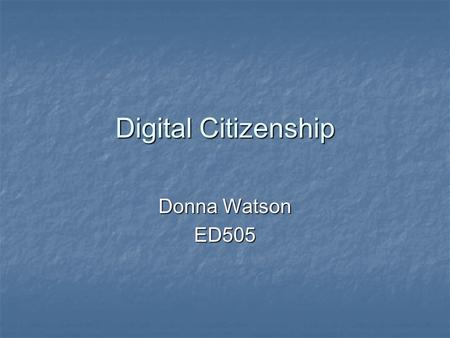 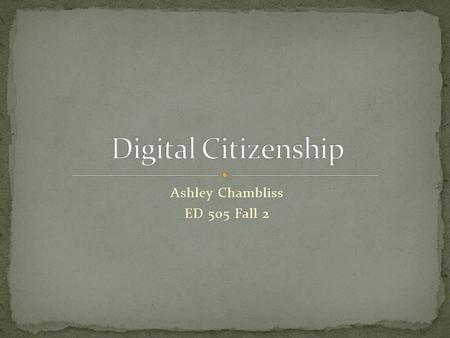 Ashley Chambliss ED 505 Fall 2. “Digital Citizenship is a way for teachers to prepare you for a world full of technology.” (Ribble, ) “A means. 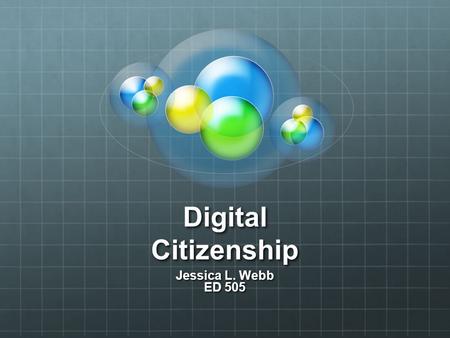 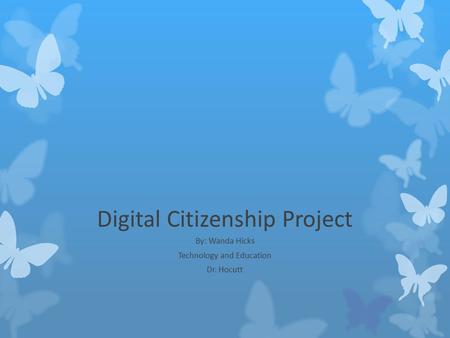 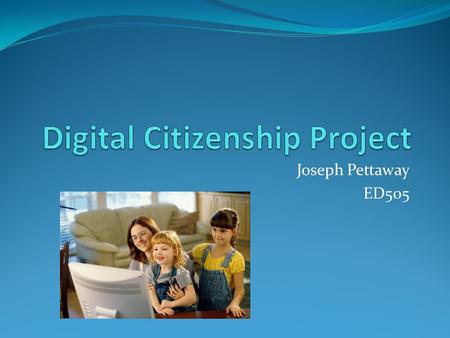 Joseph Pettaway ED505. What is Digital Citizenship? Concepts that aids individuals in learning and understanding how to use technology appropriately. 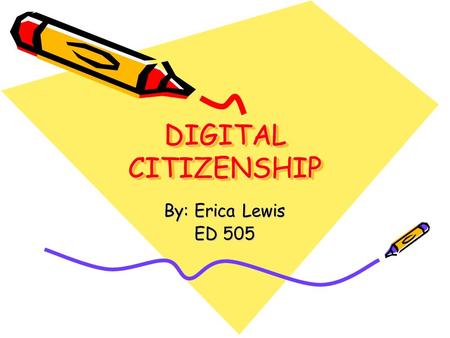 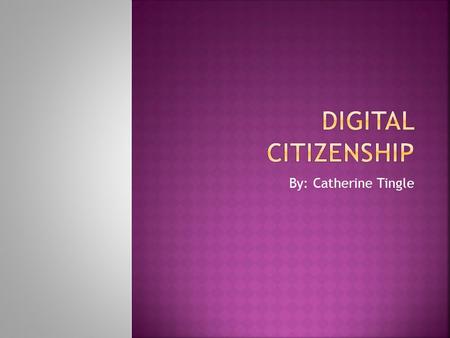 By: Catherine Tingle. What is it?  Netiquette refers to appropriate and safe interactions online. 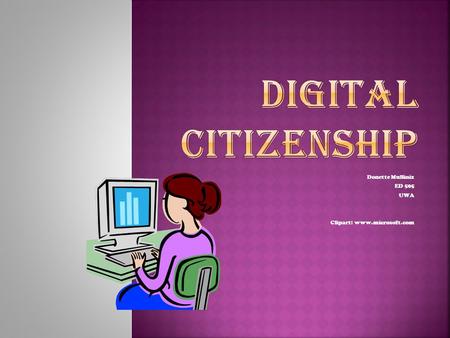 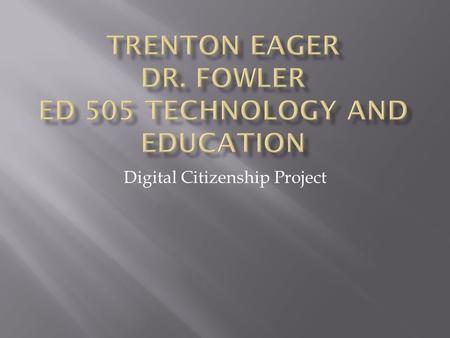 Digital Citizenship Project.  The etiquette guidelines that govern behavior when communicating on the internet have become known as netiquette. 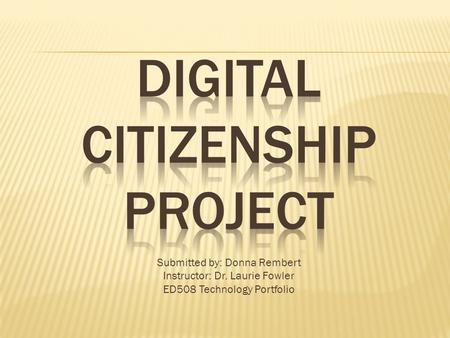 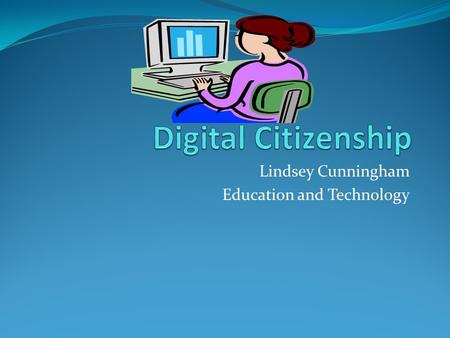 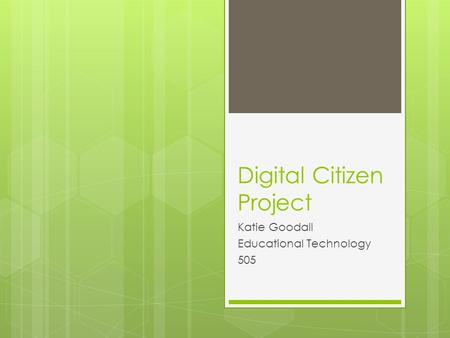 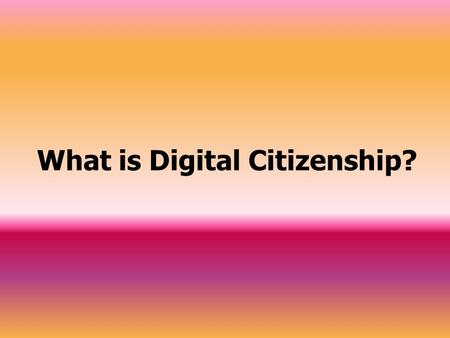 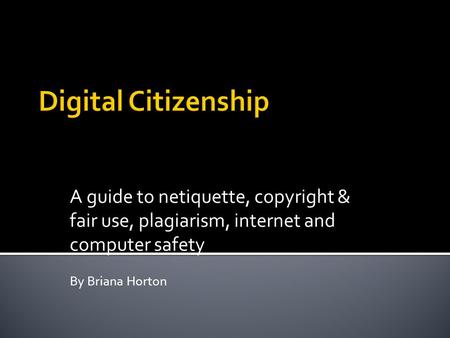 A guide to netiquette, copyright & fair use, plagiarism, internet and computer safety By Briana Horton.