Presentation on theme: "Chapter 2:.  Over 7 Billion people—More than ever  World pop increased at a faster rate in the 2 nd half of the 20 th Century than any other time "— Presentation transcript:

14  Combo of rain and heat rapidly depletes nutrients from the soil  In seasonably wet lands, such as Southeast Asia, enough food can be grown for a large pop

19 Doubling Time # of years needed to double a pop > World rate of 1.2% per year = 54 years IF this stays constant - More than 95% of natural increase is clustered in LDCs - NIR exceeds 2.0% in most countries of sub-Saharan Africa and the Middle East—negative in Europe! - Most of the world’s additional people live in countries least able to maintain them

20  Total Fertility Rate (TFR) – average # of children a woman will have in her child-bearing years (roughly 15- 40)  Another way to measure # of births in a society  Attempts to predict future—assumes girls will have same # of children as current child-bearing women  TFR of the world is 2.6 (varies between LDCs and MDCs)  TFR exceeds 6.0 in many Sub-Saharan countries; less than 1.9 in many European countries

21  Infant Mortality Rate (IMR) – annual # of deaths of infants under 1 year of age, compared with total # of live births  Expressed in per 1,000  Highest rates in LDCs—lowest in MDCs  IMR approaches 100 in Sub-Saharan Africa (10% of babies in the region die before their 1 st birthday)  Generally, reflects a country’s healthcare system

Download ppt "Chapter 2:.  Over 7 Billion people—More than ever  World pop increased at a faster rate in the 2 nd half of the 20 th Century than any other time " 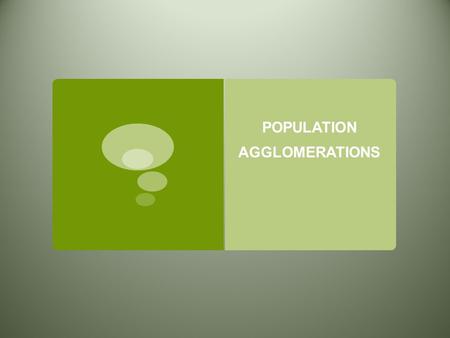 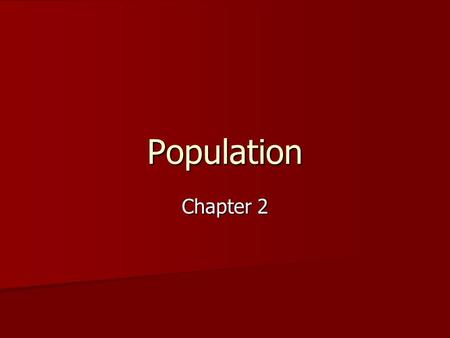 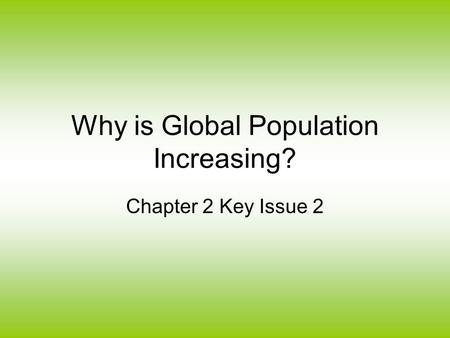 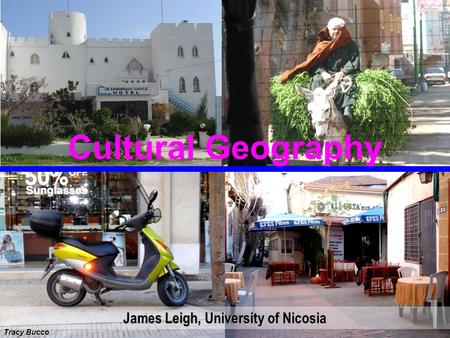 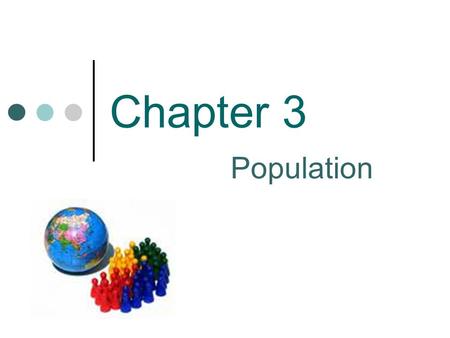