Presentation on theme: " The atom is the fundamental building block of all stuff, or what scientists like to call "matter". An individual atom is very small.  There are also."— Presentation transcript:

2  The atom is the fundamental building block of all stuff, or what scientists like to call "matter". An individual atom is very small.  There are also many different types of atoms. In fact, there are over a 100. These different types are called elements. Examples of some elements are hydrogen, oxygen, iron, copper, and helium.

3  Atoms are mostly empty space, but in the center of the atom is a structure called a nucleus. In this structure are protons and neutrons.  Neutrons are neutral, or have no electrical charge. Protons, however, carry a positive electrical charge of 1.  A regular atom is electrically neutral. This is because swirling around the nucleus in what is called the "electron cloud". The electrons in the electron cloud counteract the positive charges of the protons in the atomic nucleus with their negative electrical charges.  The number of electrons and number of protons correlate in a one to one ratio.

5  The Periodic Table of Elements is a listing of all the known elements (types of atoms) that exist. They are listed in order of atomic number (number of protons).  An element is composed of one kind of atom. An element is a pure substance. An element cannot be broken down by physical or chemical means.  period =a row in a periodic table of elements  group =a column of elements in a periodic table  Symbol: Elements have been given a symbol. The symbol consists of one, two or three letters. If there is more than one letter for the symbol, only the first letter is capitalized. The symbols for some elements have been known since ancient times and are derived from their Latin names. Ex: Potassium (K) is Kalium in Latin. Sodium (Na) is Natrium in Latin.

6 Lithium, and sodium, each have 1 outer electron and therefore, they have similar properties. For example, they are soft metals and they corrode easily in air. Lithium has 3 protons and 1 valence electron. Sodium has 11 protons and 1 valence electron. Column number and corresponding charges 1234567Noble +1+2+3+-4-3-20 The column # of the periodic table tells you the number of electrons in the outer ring of the atoms in that column. Outer electrons are called "valence electrons". The last column (#8) holds the inert or noble gasses. Noble gasses won't react because their rings are full.

7  Electron dot diagrams, which are also called Lewis dot diagrams, are very useful tools in Chemistry. They will give you the ability to determine the type(s) of covalent bonds that an element may make in certain situations. They can also be used to predict the type of ion that an atom might make when it forms an ion. O  The "O" in the example above represents the kernel of the atom, that is the nucleus and all of the electrons, except those in the valance (outer) shell. Each of the four "sides" of the symbol represents an orbital in the outermost energy level of the atom. Since each orbital can hold only two electrons, the sides of the dot diagram can only hold up to two dots. The six dots show the configuration of the of the valence electrons.

8  When atoms bond together, they do so by sharing electrons. Additionally, when electrons gain energy, they move out farther from the nucleus of the atom.  Compound = a chemical substance that is formed from two or more elements, that bond in a fixed ratio. For example, water (H 2 O) is a compound that is composed of two hydrogen atoms for every oxygen atom. A compound is a pure substance.  A molecule consists of two or more atoms that bond by sharing their outer electrons.  Ex. NaCl - salt  An organic compound is any member of a large class of chemical compounds whose molecules contain carbon and hydrogen.  Carboxylic acids contain the -COOH group

10 Ion: a charged particle formed when an atom (or molecule) gains or loses one or more electrons. Anion is an ion with more electrons than protons, giving it a net negative ex. Cl- Cation is an ion with more protons than electrons, giving it a positive charge. Na+ Ionic Bonding: is a type of bonding in which ions are held together by the strong attraction of their opposite charges. The nucleus of an atom is never changed or altered after bonding. An ionic bond is a type of chemical bond that involves a metal and a nonmetal ion.

Download ppt " The atom is the fundamental building block of all stuff, or what scientists like to call "matter". An individual atom is very small.  There are also." 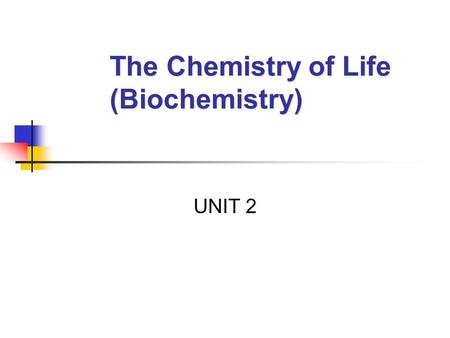