Review! 2-4-13 Describe the geography of ancient India What were the two capitals of the Indus river valley civilization? Why do historians know so little.

Presentation on theme: "Review! 2-4-13 Describe the geography of ancient India What were the two capitals of the Indus river valley civilization? Why do historians know so little."— Presentation transcript:

3 “River of Sorrows” Chinese history begins along the Huang River valley, or Yellow River, where the Shang Dynasty arose. The Yellow River got is name from the loess, or yellow soil. The Yellow River was called the “River of Sorrow” because of the disastrous flooding that happened each year. Ancient China was greatly affected by geography. Himalayan Mountains Gobi Desert These barriers caused China to be isolated from other civilizations.

4 Shang and Zhou Dynasties In 1122 B.C., the Zhou people overthrew the Shang dynasty. Zhou emperors believed in the Mandate of Heaven, or the divine right to rule – the idea that god said you should rule. The Zhou expanded the Mandate of Heaven to explain the dynastic cycle, or the rise and fall of dynasties (rulers). The first Chinese Dynasty, the Shang Dynasty, began around 1766 B.C. Shang Kings built a strong government with clans, or groups of families in China, governing the lands. Government

6 The Zhou established feudalism which is a system of government in which lords own lands, but owe military service to their ruler (like Kings and Knights). During the Zhou period, China grew and prospered! Iron! Money Economy! Roads, Canals, and Irrigation! Class System and Economy This feudal system kept the lord rich and the peasants very poor. In 256 B.C., fighting among the feudal lords brought an end to the Zhou dynasty.

7 Two major belief systems began under the Zhou: Confucianism and Daoism. Confucius developed his philosophy to stress social order and a good government. Daoism taught that you had to live in harmony with nature. Viewed government as “unnatural” and war as bad. Confucius believed in filial piety, or respect for your parents above all other duties. Confucianism and Daoism Confucianism Confucius never wrote down his philosophies, but students collected his work in the Analects. Daoism Laozi lived at the same time as Confucius and founded a philosophy called Daoism.

9 Achievements of Shang and Zhou The ancient Chinese developed a complex writing system that consisted of characters, or written symbols. They wrote gods and ancestors questions on Oracle Bones. They also turned writing into an art form called Calligraphy. The Ancient Chinese discovered how to make silk from silk worms in mulberry trees. They traded silk, but kept silk making a secret for hundreds of years! Under the Zhou dynasty, the Chinese wrote the first books. The ancient Chinese also made advances in astronomy locating planets and solar eclipses. Writing and Books Art Math and Science

10 Qin Dynasty In 221 B.C. the Qin ruler unified all of China and proclaimed himself the Shi Huangdi, or “First Emperor.” Government and Legalism Shi Huangdi centralized power using Legalism. Legalism was founded by Hanfeizi and believed that “the nature of man was evil.” The only way to achieve order was to pass strict laws and harsh punishments for crimes. Shi Huangdi was brutal – torturing, killing and enslaving anyone who did not like him. Shi Huangdi wanted to create unity so he abolished feudalism (fighting lords) and began a system of authoritarian rule. Authoritarianism ~ all power rests with one person. To promote unity, Shi Huangdi standardized weights and measures (for trade) by creating the Qin coin. He also created a uniform system of Chinese writing, built roads and canals, and wrote laws.

12 The Han Dynasty Emperor Gao Zu established the strong Han Dynasty in 202 B.C. Government and Economy The most famous Han Emperor, Wudi, strengthened the Chinese government and economy. Emperor Wudi made Confucianism the official belief system of the state. He created a civil service system, where government officials won their positions based on ability not family. Wudi greatly expanded the country’s territory by increasing the amount of land under Chinese rule. Wudi also created a trade route, called the Silk Road, that linked China to Western lands.

14 Achievements of the Han Dynasty The Han dynasty was known as one of the Golden Ages of Chinese civilization because of its many achievements. Religion By 400 A.D., Buddhism had spread throughout China. Buddhist monasteries became important centers of learning and arts. Arts and Education Art flourished during the Han Dynasty with Jade and ivory carvings and silk-making.

15 Ancient China Postcard Imagine you have just travelled to China, you are writing a postcard home describing your travels through China and what you have learned about their ancient cultures and achievements. Describe the following in your postcard: ANY Dynasty Beliefs of the Chinese (Mandate of Heaven, Confucianism), characteristics of their civilization Great Wall of China (Qin, Han, and Silk Road) Front of Card Dear Mom, Blah, Blah, Blah… Back of Card

Download ppt "Review! 2-4-13 Describe the geography of ancient India What were the two capitals of the Indus river valley civilization? Why do historians know so little." 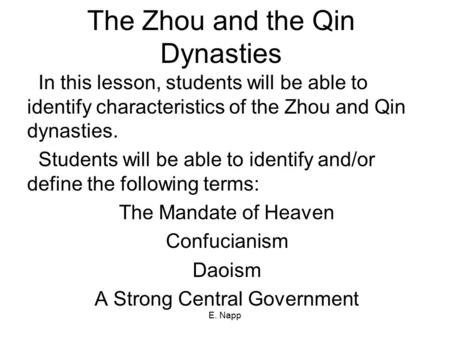 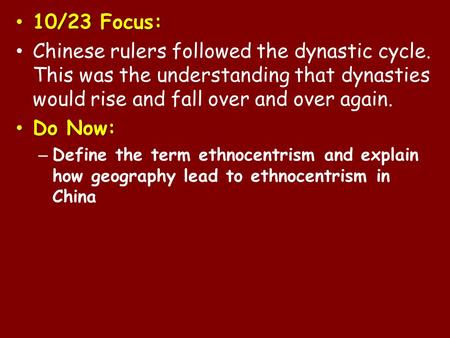 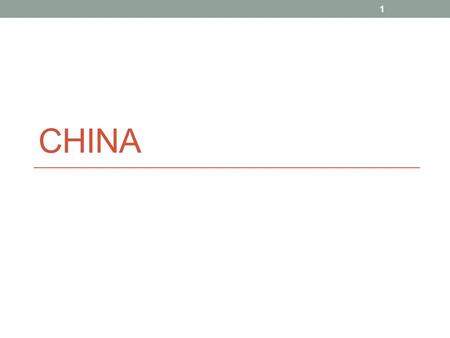 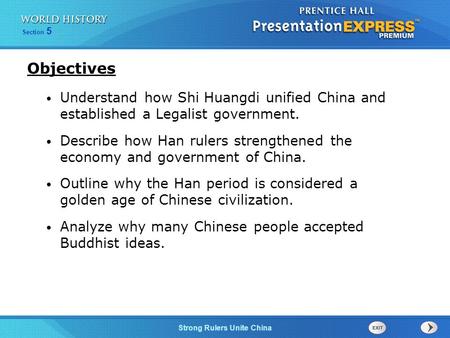 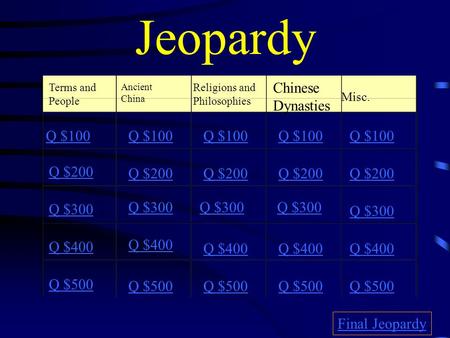 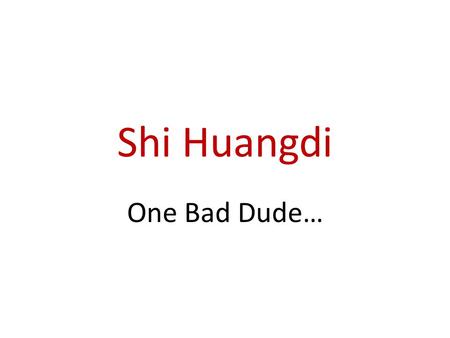 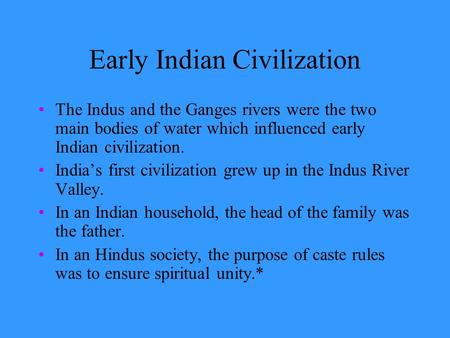 Early Indian Civilization The Indus and the Ganges rivers were the two main bodies of water which influenced early Indian civilization. India’s first.