Presentation on theme: "Everything you need to know about the constitution"— Presentation transcript:

1 Everything you need to know about the constitution
Well….at least for 7th grade!

4 Legislative Branch House of Reps Senate How many members?
How many years in a term? Speaker of House chosen by majority party Who is the current speaker of the House? Senate How many senators? Who presides over Senate?

7 Electoral College Who do Americans vote for on Presidential Election day? How is the # of electors determined for each state? In most cases, who receives ALL of the electoral votes? How can a candidate lose the popular vote, but win the election?

12 Elastic Clause Congress can “make all laws which shall be necessary and proper” for carrying out specific duties. Allows Congress to STRETCH its powers to deal with changing needs of nation Example: Congress established a National Bank – not a specific power listed in Constitution – used Elastic Clause to justify

Download ppt "Everything you need to know about the constitution" 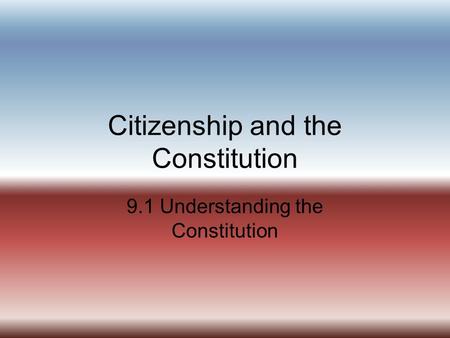