2 Desert Desert is a dry region. It receives less than 250mm of rain a year. Climatic characteristics Rainfall: Less than 250mm rainfall a year. Rainfall is irregular.There may be no rain for several years. When the rain comes, it occurs in the form of short and heavy thunderstorms. Temperature: Very hot during the day. Very cold at night. Large diurnal range of temperature.

3 Areas in danger of desertification
Major deserts in the world

4 What is desertification?
Five years later Desertification is the process by which the desert spreads into the surrounding areas.

5 Areas in danger of desertification
Major deserts in the world

6 Where is the Sahel? The Sahel

8 Where is the Sahel? The Sahel is a narrow belt of land in Africa.
It is located between the dry desert land to the north and the forest areas to the south. Temperatures are always high and there is a long dry season. Most rain comes during the summer. There is more rain in the south and rainfall decreases towards the desert in the north. The natural vegetation is mainly grassland.

11 Drought Rainfall is highly unreliable.
In this long period of drought, vegetation has died. The land has become bare. The soil becomes dry and loose. The loose soil is easily removed by wind and water. Soil erosion takes place. Areas without vegetation cover will turn into desert-like land.

15 Causes of desertification in the Sahel
Population growth and human activities Poor irrigation The soil becomes very salty and crops die. Irrigation water bring mineral salts to the surface.Salty soil is not suitable for crop growth.

17 What are the results of desertification?
Loss of soil fertility and vegetation becomes damaged Less food production widespread malnutrition and starvation

19 Problems with the measures to stop desertification
Most Sahelian countries are politically unstable.Civil wars are frequent.It is difficult to carry out development plans. Birth control has failed. Population pressure remains very high. The countries in the Sahel are very poor and heavily in debt. Most of the money borrowed has been spent on developing industries and infrastructure. The government lacks the experts to carry out the development plans. People do not know how to use the new technology.

20 How can we help? Desertification is a global problem Rich countries
offer financial and technical help to poor countries such as World Vision and Oxfam provide food and medicine to the local people Voluntary relief organisations donate money and join operations organised by the relief organisations Individuals 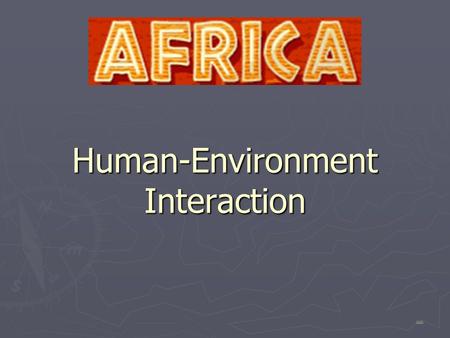 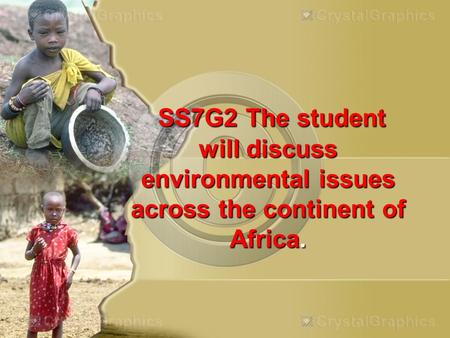 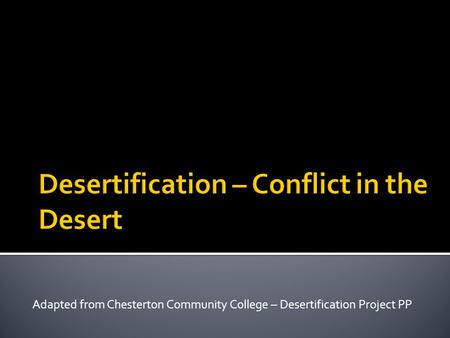 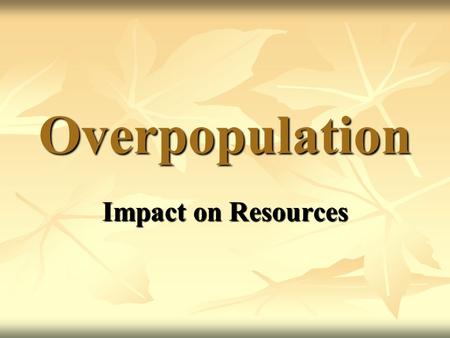 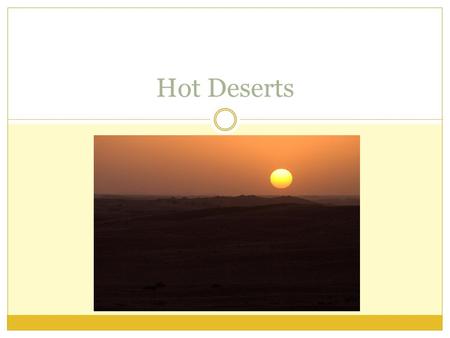 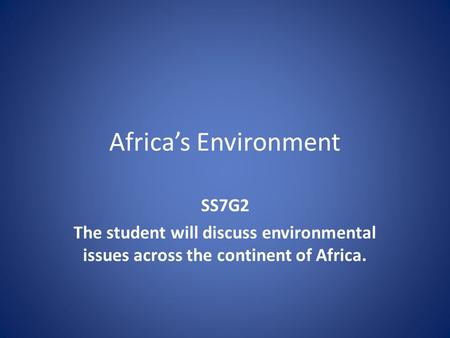 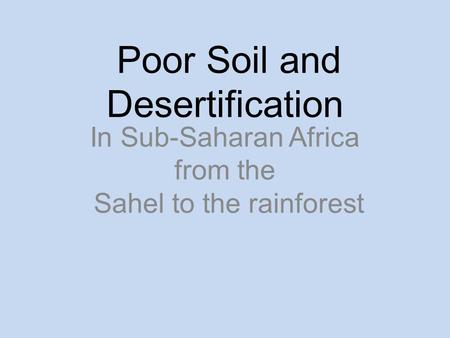 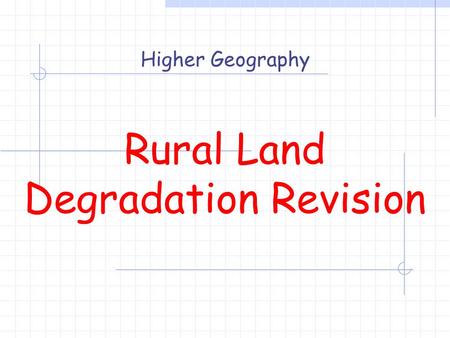 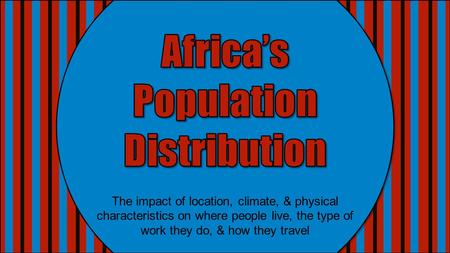 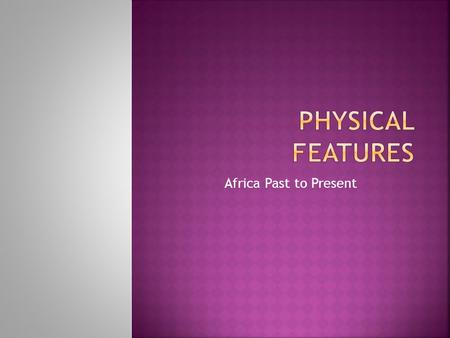 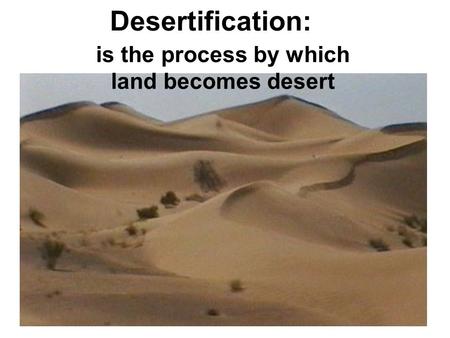 Desertification: is the process by which land becomes desert. 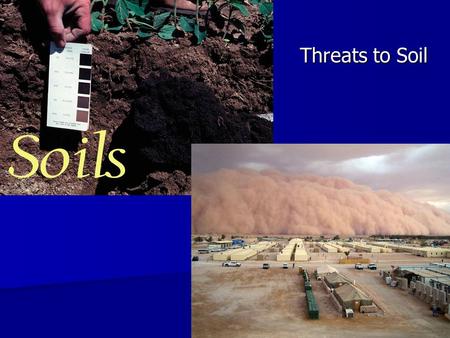 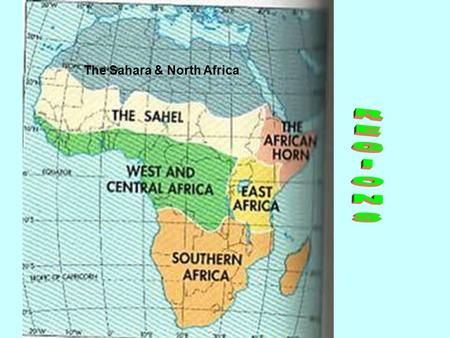 The Sahara & North Africa. A fertile, watered area in the midst of a desert. This is where most of the people of the desert live. 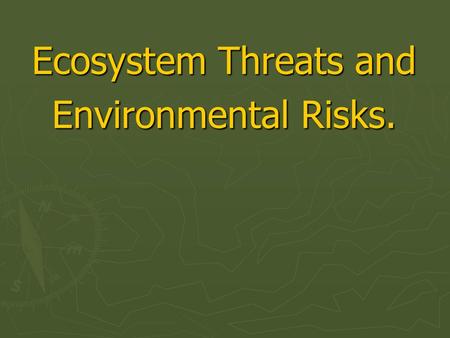 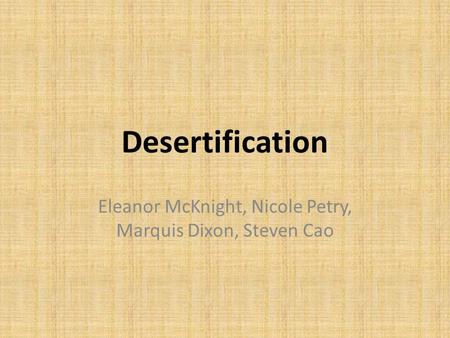 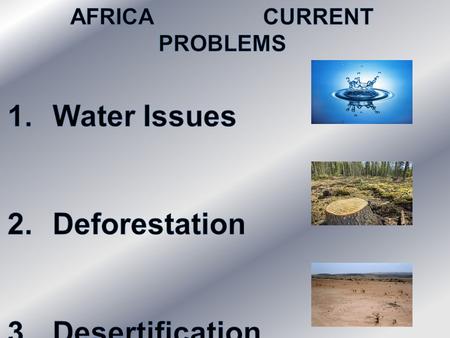 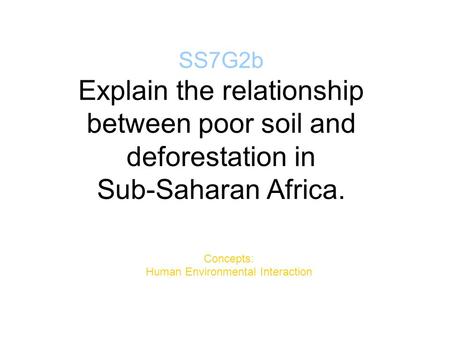