4 In 1931, Japan invaded Manchuria in order to seize its iron & coal mines In 1937, Japan conquered northern China & killed 300,000 unarmed soldiers & civilians during the “Rape of Nanjing”

5 In 1935, Mussolini began his campaign to create an Italian Empire by invading Ethiopia The Italian army easily defeated the Ethiopians Ethiopian soldiers defending their country from the Italian military

6 The failure of the League of Nations to stop Italy or Japan, encouraged Hitler to expand Germany too

7 Critical Thinking Decision #2: How should the League of Nations respond? The Decision: B In 1938, leaders from England & France met with Hitler & Mussolini at the Munich Conference in order work out an agreement to avoid war Germany was allowed to keep the Sudetenland (The promised land – living space) if Hitler promised to stop expanding http://www.youtube.com/watch?v=JJ6umV 7CVY8&feature=share&list=PL91WA9k3e MQmy_Em3ylj8IMFwXMMb5_Xz http://www.youtube.com/watch?v=JJ6umV 7CVY8&feature=share&list=PL91WA9k3e MQmy_Em3ylj8IMFwXMMb5_Xz

8 After the Munich Pact, British Prime Minister declared he had gained “peace for our time” Britain & France used appeasement with Hitler: they gave in to his demands in order to avoid war Six months after the Munich Conference, Hitler broke his promise & annexed all of Czechoslovakia

9 Stalin & Hitler agreed to the Nazi-Soviet Nonaggression Pact, promising never to attack each other Secretly, Germany & the USSR agreed to divide Poland On September 1, 1939, Hitler ordered the German military to attack Poland

13 When France fell to the Nazis, Britain was the only nation at war with Germany In 1940, Germany began a massive bombing campaign using its air force called the Battle of Britain

15 The United States vowed to remain neutral when World War II began After the fall of France & attack on Britain, the U.S. began selling war supplies to the Allied Powers

17 By 1942, the Axis Powers controlled most of Europe & North Africa but were unable to defeat Britain & the USSR

18 Meanwhile, the Japanese were expanding in throughout the Pacific

19 From 1939 to 1941, Japan conquered European colonies in Asia including French Indochina Japan threatened to take the U.S. colonies of Guam & the Philippines How should the United States respond?

20 In 1941, the United States cut off sales of iron & oil with the Japanese Japan interpreted the embargo as interfering with their right to expand

21 On December 7, 1941 Japan attacked the U.S. naval base at Pearl Harbor in Hawaii The surprise attack crippled the U.S. navy & killed 2,300 Americans After the attack, the USA declared war on the Axis Powers & entered WWII

23 After Pearl Harbor, the Japanese took the Philippines & threatened to take India and Australia By 1942, Japan controlled a large empire in the Pacific, “Asia for the Asiatics” 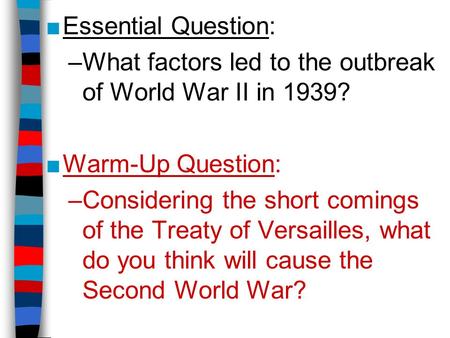 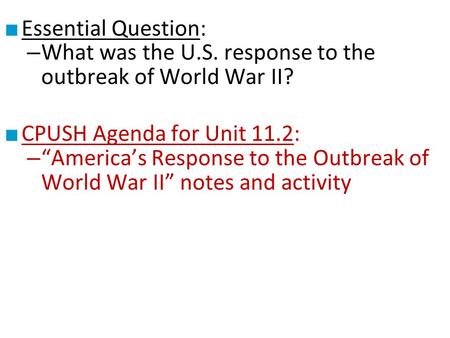 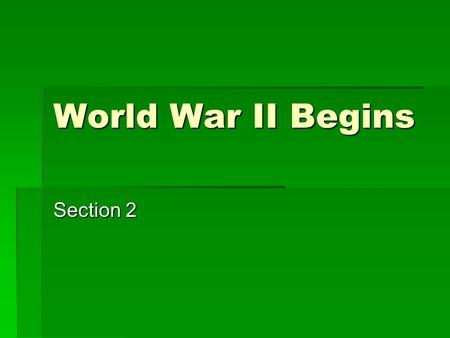 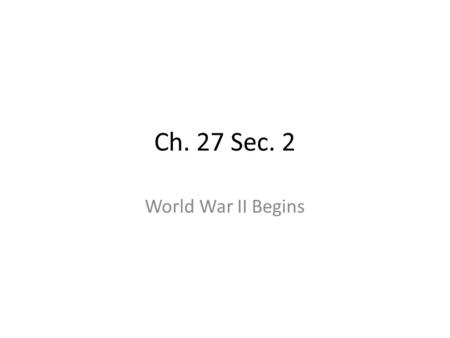 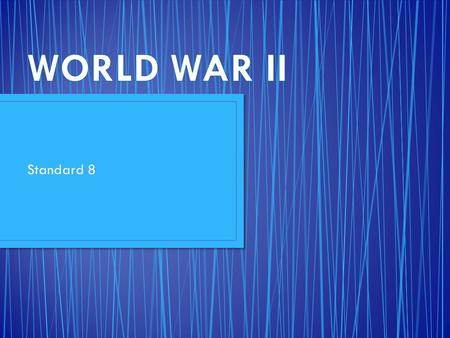 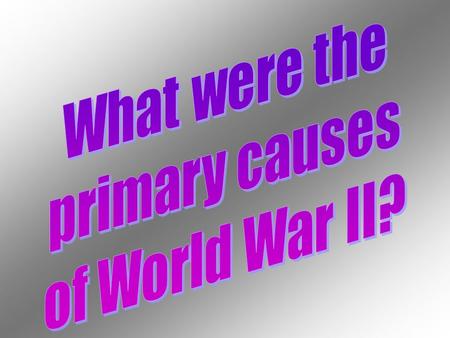 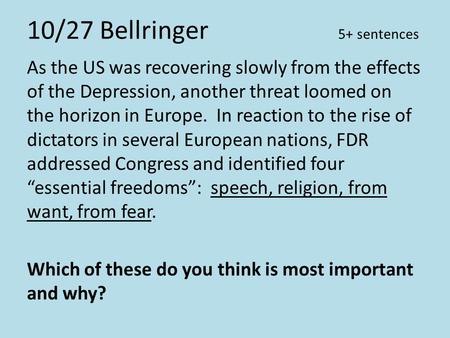 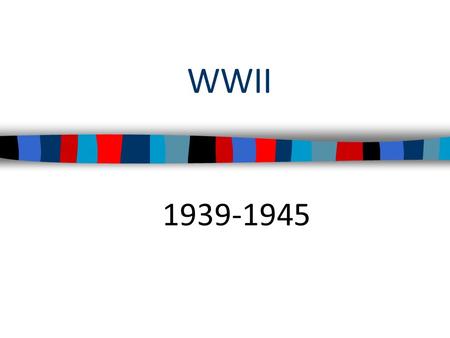 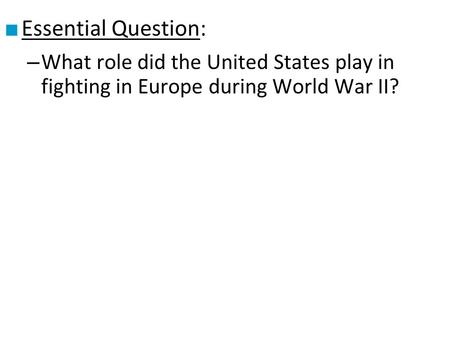 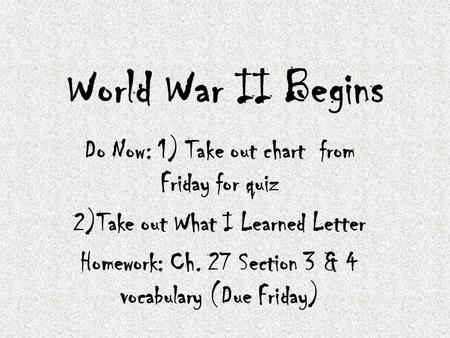 World War II Begins Do Now: 1) Take out chart from Friday for quiz 2)Take out What I Learned Letter Homework: Ch. 27 Section 3 & 4 vocabulary (Due Friday) 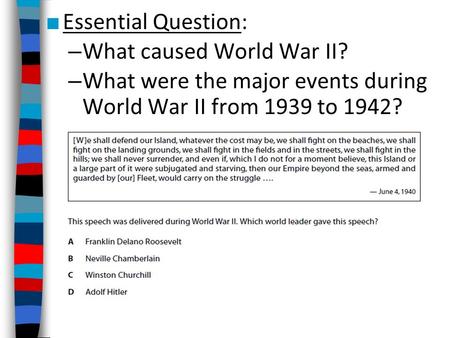 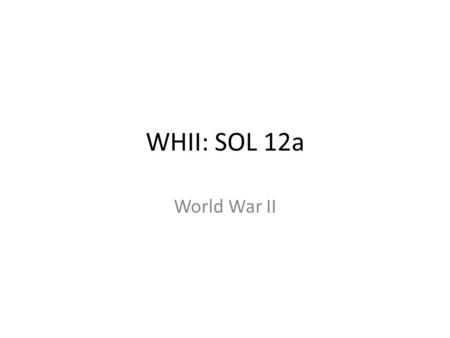 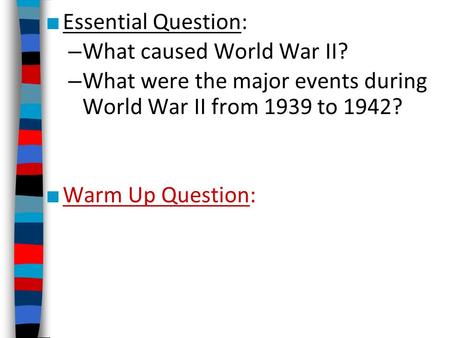