2 India India- ancient culture, over 4,000 years old Blending of many different cultures & traditions Many invaders & empires came to power in the region

4 India By 1857 Great Britain controlled all of India. This period is known as the Raj (lasted for 90 years)

5 India Eventually Indians began to resist the British occupation. They were led by Mohandas Gandhi Advocate of mass nonviolent resistance- Protest movement that does not use violence to achieve its goals

7 India India is the world’s largest democracy ͌ 1.2 billion people (2 ND largest in world) Strongly Hindu country but Over 160 million Muslims Source of conflict? One of the new 7 wonders of the world

8 India Land Reform- more balanced distribution of land among farmers Proposal to redistribute land. Done because 25% of farmland is in the hands of a powerful 5% of farm families.

10 India Modern Life- Most marriages are arranged Divorce is rare Very common for extended family to all live under one roof. Most are vegetarians Has largest film industry in the world Bollywood Public affection is discouraged

11 India Languages of India 18 major languages More than 1,000 are spoken English is common in business areas. Hindi is the official language

17 Pakistan & Bangladesh Partition- division of British India Led to much violence between Hindu’s & Muslims 1 million died 10 million moved to new areas By 1971 a civil war broke out and the new nation of Bangladesh was formed.

21 Nepal & Bhutan Nepal & Bhutan- Geographically isolated, because of their mountainous terrain Difficult to conquer &/or visit in its history

25 Nepal & Bhutan Buddhists in Bhutan use Mandalas- Geometric designs that are symbols of the universe & aid in meditation.

27 Sri Lanka & the Maldives The Maldives- Population of about 400,000 on over 1200 islands Ruled by Sultans-Muslim Rulers 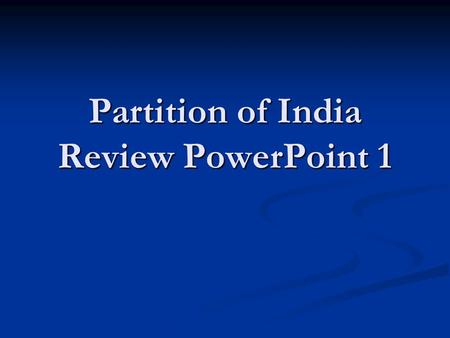 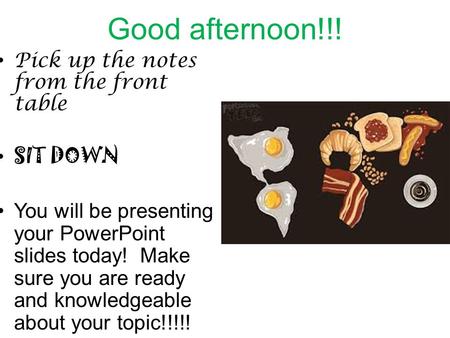 Good afternoon!!! Pick up the notes from the front table SIT DOWN You will be presenting your PowerPoint slides today! Make sure you are ready and knowledgeable. 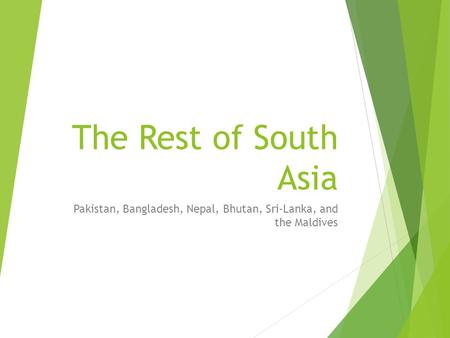 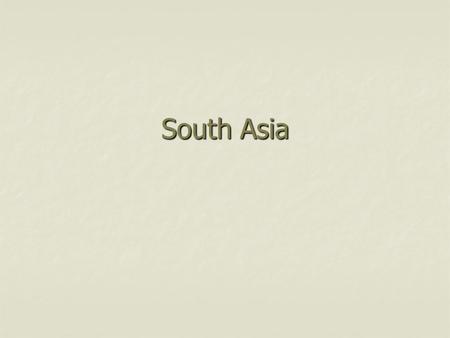 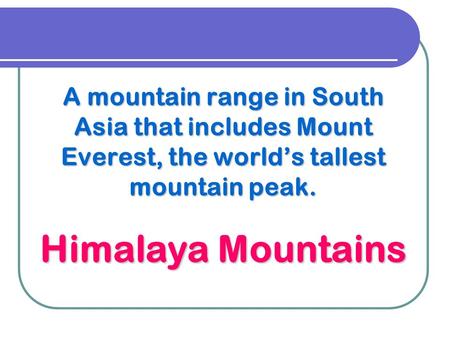 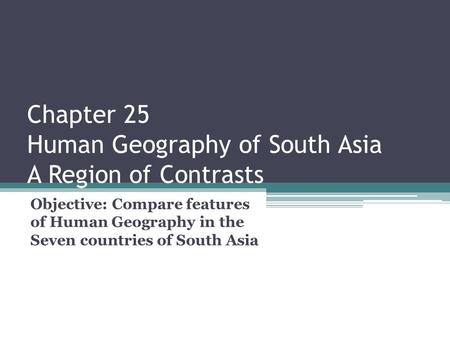 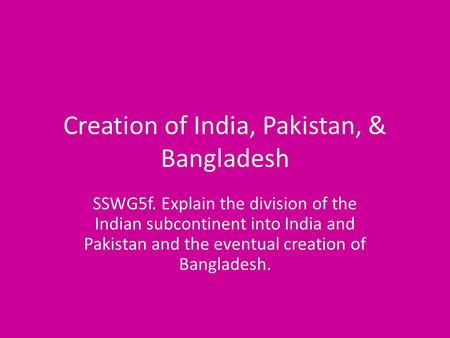 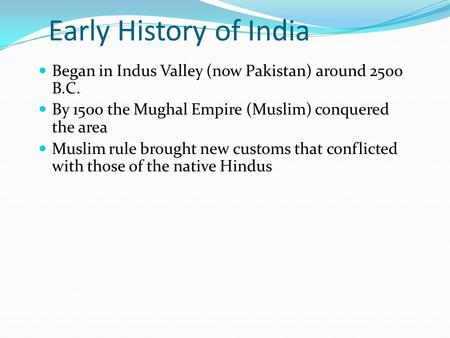 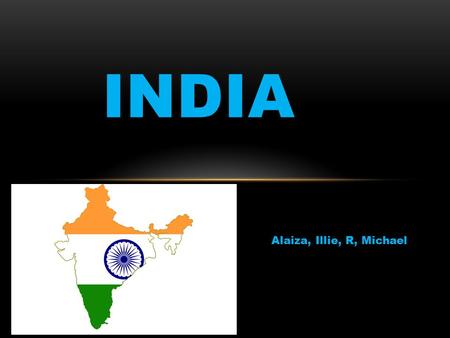 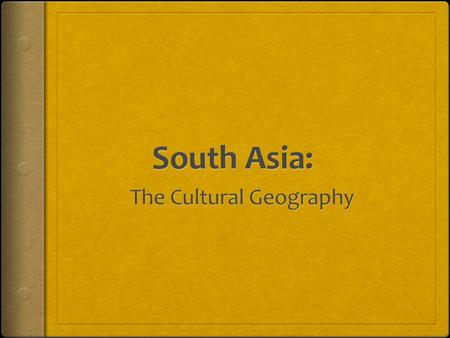 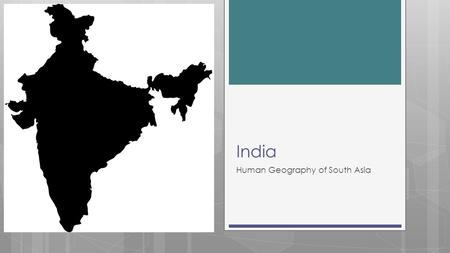 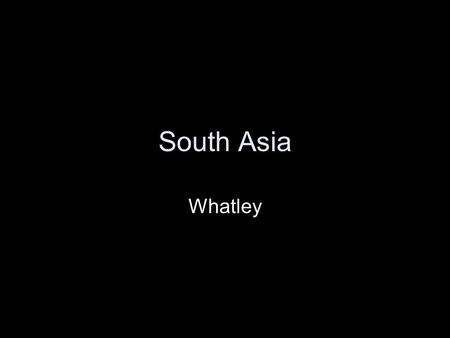 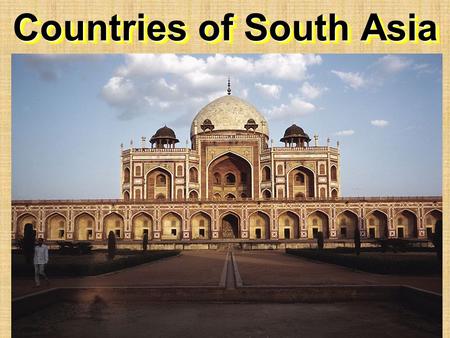 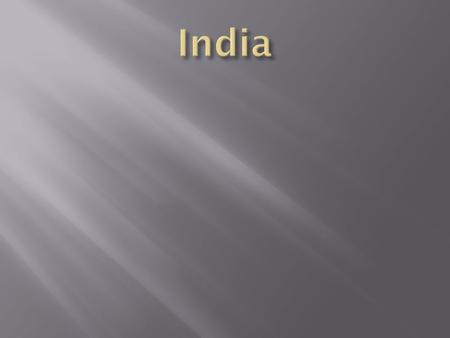 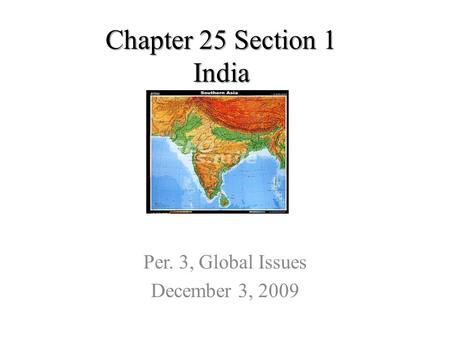 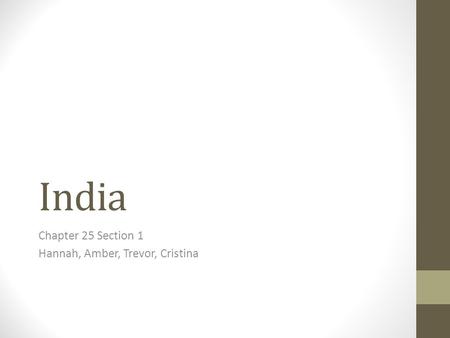 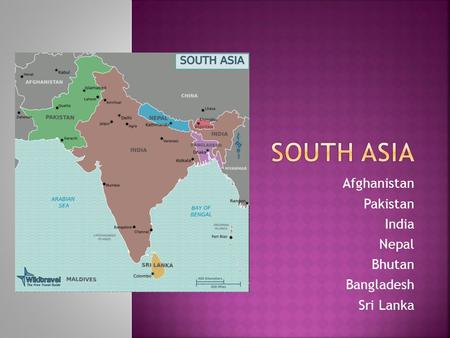 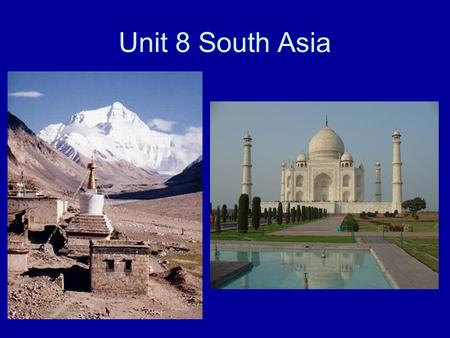