4 Big Stick Applied Applications & Effects
Roosevelt Corollary to the Monroe Doctrine (1904) U.S. had right not only to oppose European intervention in the W. Hemisphere but also to intervene itself in the domestic affairs of its neighbors if those neighbors proved unable to maintain order 1906: Because of Platt Amendment guarantee: U.S. forces return to Cuba to stomp out an uprising U.S. presence continued for 3 years Dominican Republic bankrupt, unable to pay European debts Roosevelt established American receivership, controlling Dominican customs, distributing 45 percent of the revenues to the Dominicans and the rest to foreign creditors Continued for 3 decades

14 Application and Effects of Moral Diplomacy:
Mexican Revolution: Background American businessmen had established enormous economic presence in Mexico under Diaz (1910): Madero took over and seemed hostile to American business in Mexico U.S. government (under Taft) encouraged and supported Victoriano Huerta to dispose of Madero in 1913 Taft administration had plans to formally recognize Huerta as Mexican leader, but Wilson won presidency 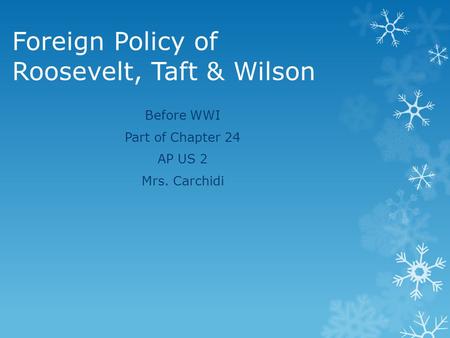 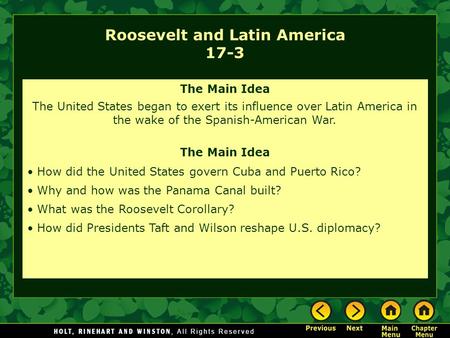 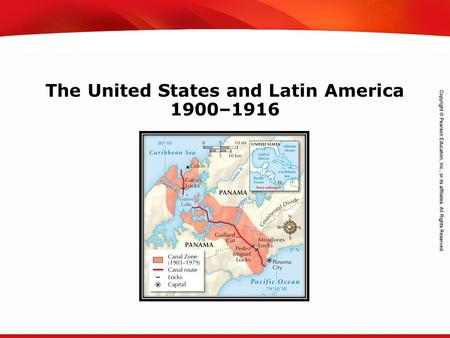