Immune System The immune system is a complex system of cells, tissues, chemicals, and organs. Its mission is to protect against foreign organisms and.

Presentation on theme: "Immune System The immune system is a complex system of cells, tissues, chemicals, and organs. Its mission is to protect against foreign organisms and."— Presentation transcript:

1 How Does the Body Fight Disease? How Does HIV Affect the Immune System?

2 Immune System The immune system is a complex system of cells, tissues, chemicals, and organs. Its mission is to protect against foreign organisms and substances.

3 Lymphocytes White blood cells made in the bone marrow. Some of these cells move to the thymus, develop as T-cells, and play a major role in carrying out the activities of the immune system. Some T-cells are called Helper T-cells. Other lymphocytes, called B-cells, make antibodies. T-cells guide the immune system response of the body, and some T-cells directly attack the germs that have invaded the body. In healthy people, about percent of circulating lymphocytes are T-cells. In a person who has AIDS, only about two percent are T-cells. A T-cell percentage below 14 percent indicates serious immune damage and is a sign of AIDS in people with HIV infection. With fewer T-cells, the body is unable to recognize and stop organisms that can cause disease.

4 Antibody A substance produced by the immune system in response to an antigen (a microorganism such as a virus or bacteria) that enters the body. The body produces a unique antibody for every antigen. Antibodies help the immune system protect us from getting sick.

5 Virus A microscopic organism that can cause infection.

6 Syndrome A set of related health problems, bodily signs or symptoms with one underlying cause.

8 AIDS The initials for Acquired Immune Deficiency Syndrome, the most severe manifestation of infection with HIV. HIV weakens the body’s immune system, making it vulnerable to opportunistic illnesses, including infections. People who have HIV and who are very sick have AIDS. Some opportunistic illnesses associated with AIDS are certain kinds of cancer, tuberculosis, pneumonia, and other disorders. Besides making it easier to get opportunistic infections, HIV causes other symptoms as well (fatigue, weight loss) that become more severe with AIDS.

9 Opportunistic Infection
An infection that is generally NOT a serious threat to a healthy immune system, BUT causes serious illness when the immune system is weakened.

10 How the Immune System Reacts to Infection
HIV (Bloodborne Virus) HIV enters the body. HIV takes over cells and begins reproducing. Immune system creates antibodies. Antibodies and other immune system cells attack the virus. Some of the virus is killed but HIV is not eliminated. HIV infects and destroys some immune T-Cells. Immune System weakens. Person may eventually have AIDS and become susceptible to certain infections, cancers, and other serious illnesses and can be fatal. COLD (Airborne Virus) Cold virus enters body. Person may become ill with a cold. Virus eliminated Antibodies provide ongoing protection against future infection by the same virus. Immune system remains intact. Person becomes well.

11 Homework Write a fact sheet on how HIV/AIDS affects the immune system.
Look in newspapers, magazines, the library, and/or the Internet to find articles about HIV/AIDS to bring to class for sharing and discussion. Give examples of kinds of articles (news, research, personal stories, etc.)

Download ppt "Immune System The immune system is a complex system of cells, tissues, chemicals, and organs. Its mission is to protect against foreign organisms and." 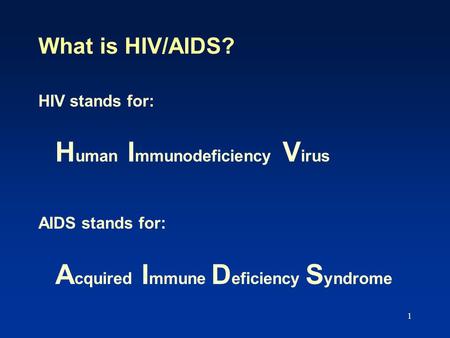 1 What is HIV/AIDS? HIV stands for: H uman I mmunodeficiency V irus AIDS stands for: A cquired I mmune D eficiency S yndrome. 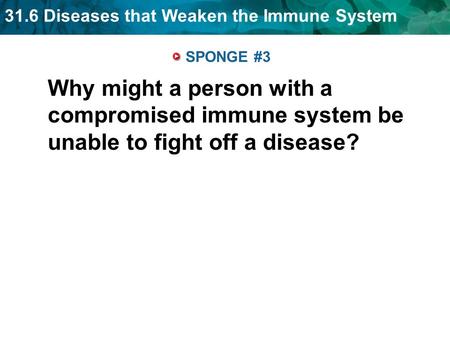 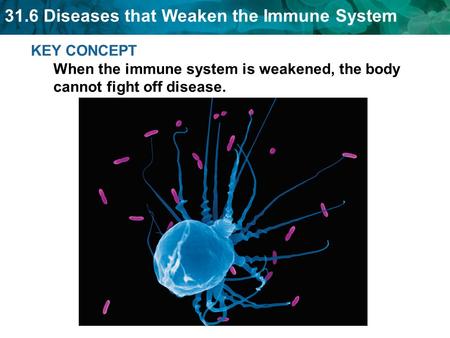 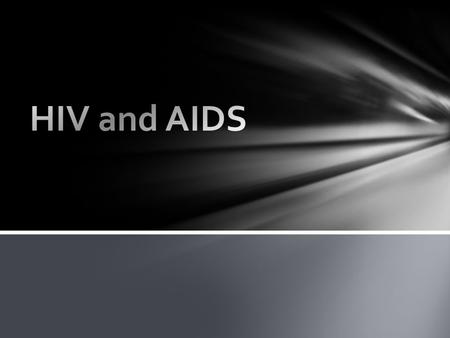 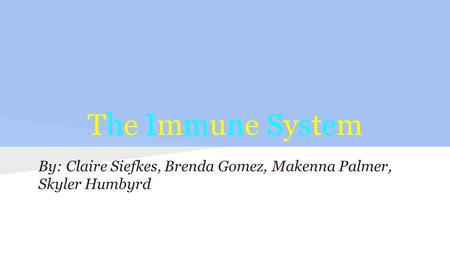 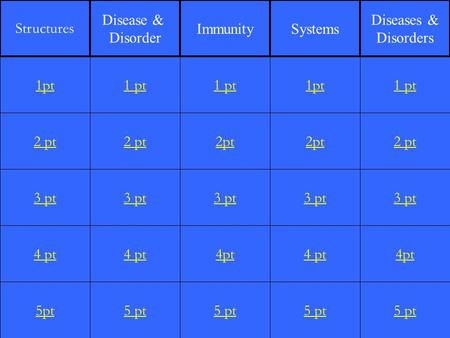 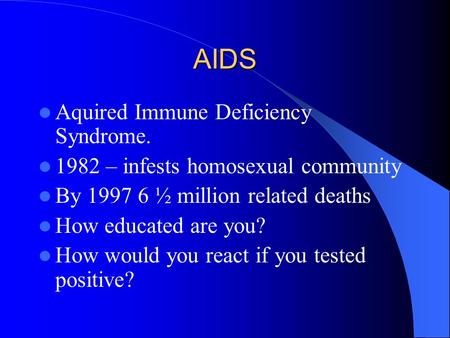 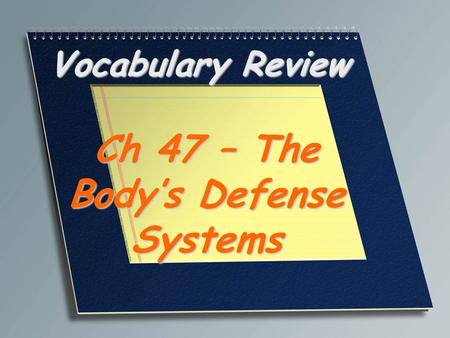 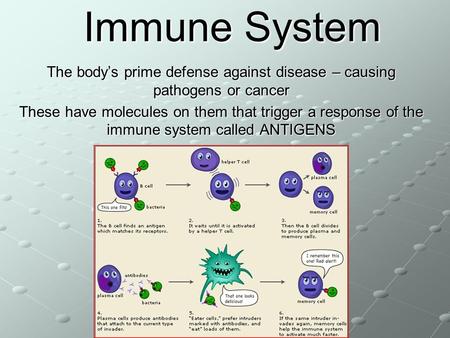