2 Beginnings William the Conqueror conquered the Anglo-Saxon tribes in 1066. He changed rather than destroyed their culture. The old social structure (a warrior chief with loyal thanes) was replaced with a new system called feudalism. The Catholic Church became one of the most powerful forces.

3 Feudalism Defined Feudalism is a social, property, and military system. An oath of fealty bound a vassal to his lord. The system was like a pyramid. - God was the supreme overlord. - A king ruled and allocated land to barons in return for allegiance. - These barons were called vassals. - The people who lived on the land, but had no rights, were called serfs. They were effectively slaves to their lord.

4 Knights Knights protected their lord’s land.
Boys were trained from an early age to be knights. A boy in training to become a knight was called a squire. Knights wore armor weighing up to 120 pounds when in battle. Knights lived by a code of loyalty and honor. Only the upper class could become knights (no serfs).

5 Chivalry Chivalry was a system of ideals and social codes governing the behavior of knights and gentlewomen. Rules included never attacking an unarmed man, and adoring a particular lady. Courtly Love – concept that acting in the name of a lady would make a knight a better person. This woman was not necessarily the knight’s wife.

6 Romance Chivalry led to a new form of literature called romance.
In these stories men (often knights) acted in honor of their ladies. The King Arthur legends are romance stories. The genre survives in popular novels, movies, and songs.

7 BALLADS Ballads (from Old French meaning “dancing song”) come from an oral tradition and have no strict rules governing them. A number of characteristics are associated with ballads and all ballads reflect some of them Supernatural events Sordid, sensational or tragic subject matter The omission of details A refrain (think popular music!)

9 Conventions Incremental repetition – phrase or sentence repeated with new information added until the climax is reached Question & answer format – the facts of the story are learned little by little from the answers Conventional phrases – understood by listeners to have meaning beyond the literal Strong, simple beat – balllads were sung to a general, rather than elite, audience

10 The Crusades Took place between 1095-1270.
A series of wars waged by European Christians against the Muslims. The Europeans sought to free Jerusalem and the Holy Lands from Muslim rule. Europeans learned mathematics, astronomy, and architecture from Muslims.

11 Women’s Roles Women had no political rights in feudalism. They were dependent on their husband’s or father’s social status. Women actually took a step back from Anglo-Saxon times. A peasant woman’s life consisted of childbearing, housework, and fieldwork. Women of higher status could manage estates, but only when their husbands were away at war. 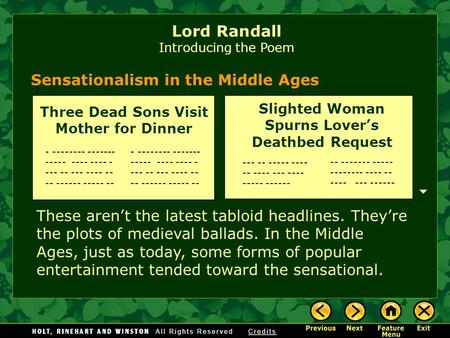 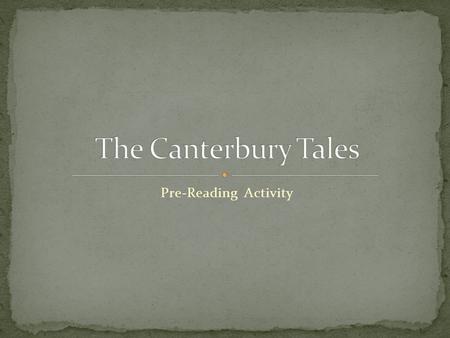 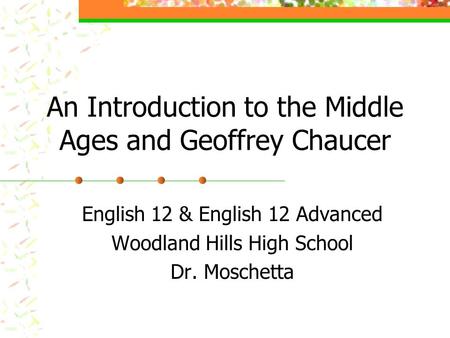 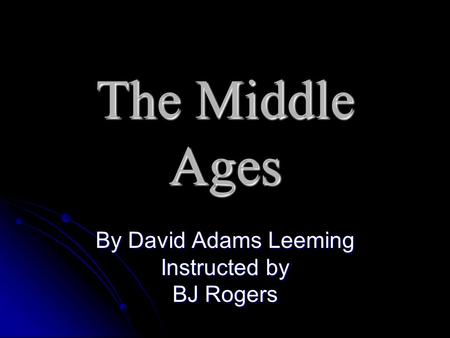 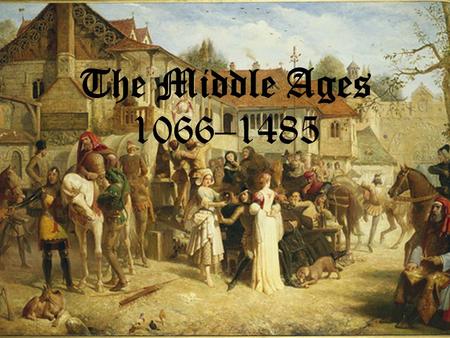 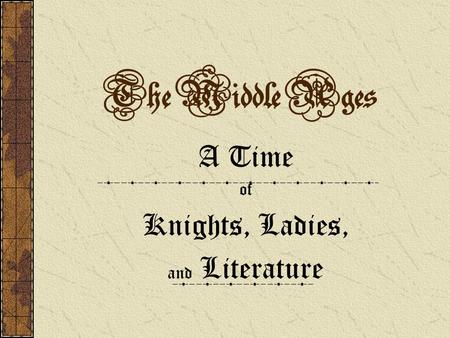 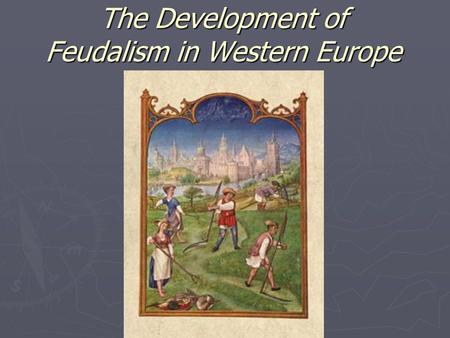 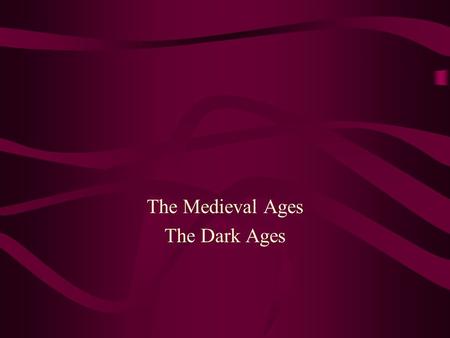 The Medieval Ages The Dark Ages Begins in 1066 when Edward the Confessor died. He left no heirs to the throne sparking a three-way battle for the. 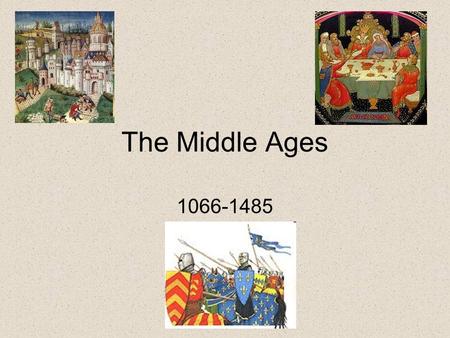 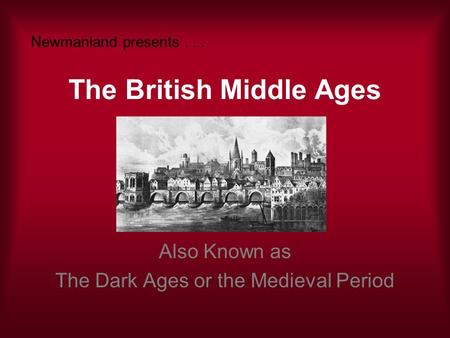 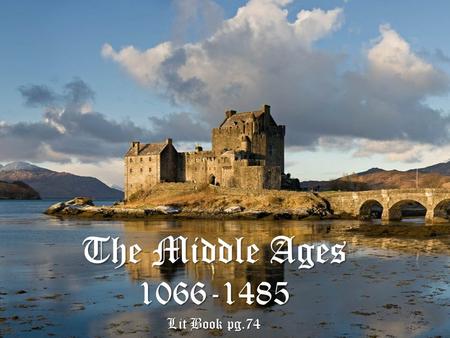