1 Biomes of the Earth

6 Desert <25 cm rain per year -4 to 38 degrees C average temperature
Saguaro cactus, creosote bush Hawks, owls, roadrunners, rattlesnakes, lizards Are cold at night Some have cold winters Great Basin in US, Gobi in Asia, are above and below equator

12 Marine Has several zones, each with its own characteristics (intertidal, nertic, oceanic or open water) Most productive zone is nertic zone

13 Wetlands Swamps, marshes, and bogs are freshwater
Estuary is where fresh and salt water come together Very diverse, many plants and animals 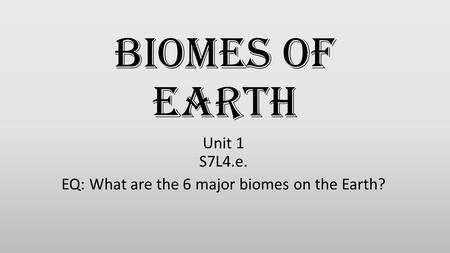 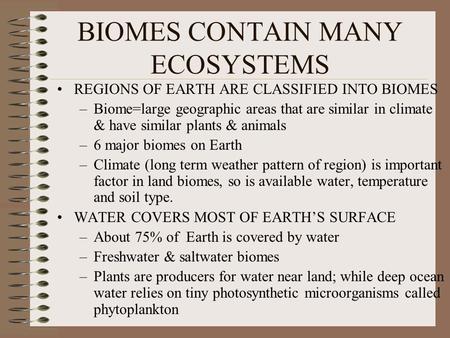 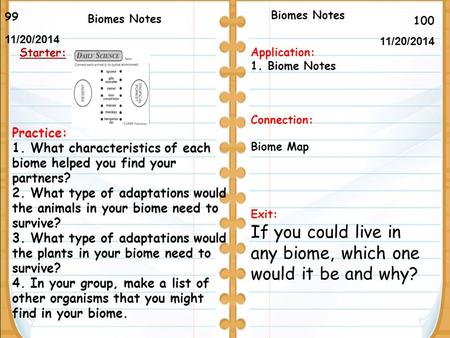 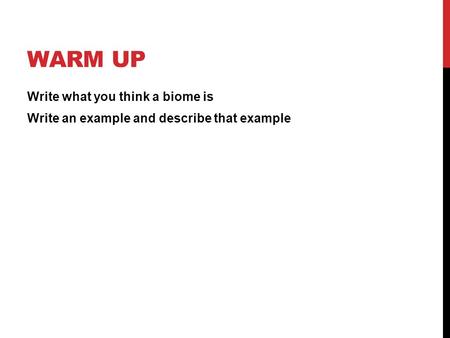 Warm Up Write what you think a biome is Write an example and describe that example. 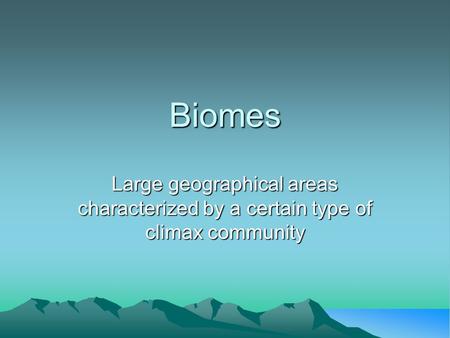 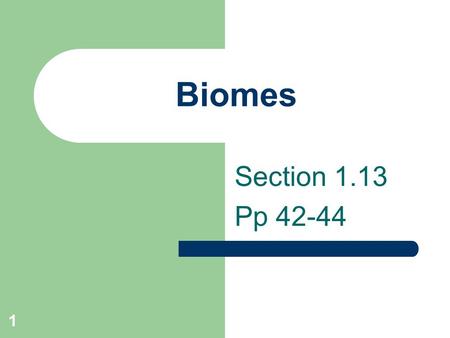 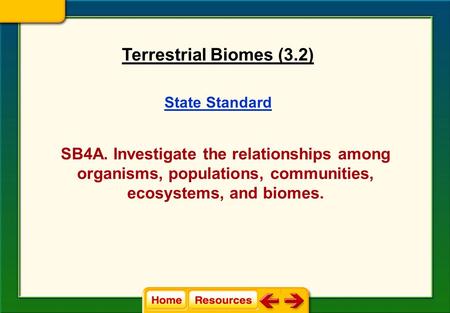 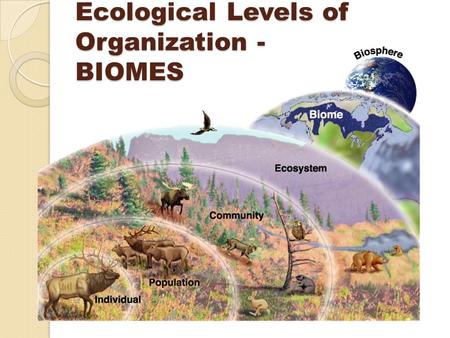 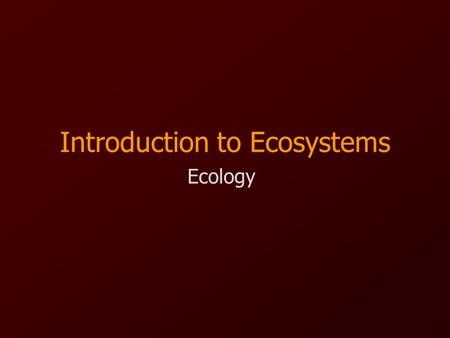 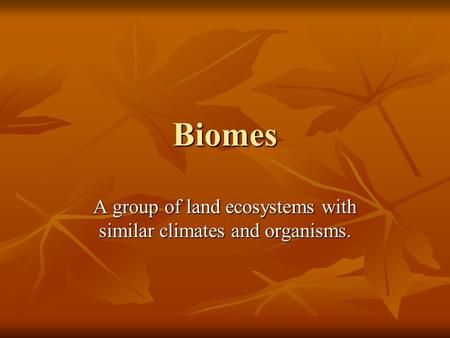 A group of land ecosystems with similar climates and organisms. 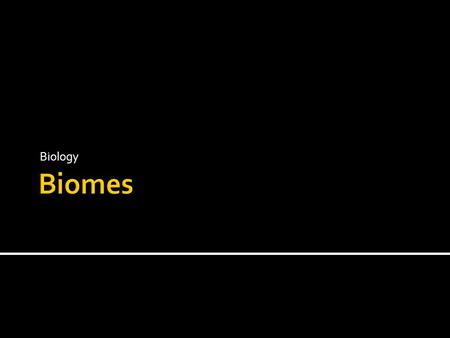 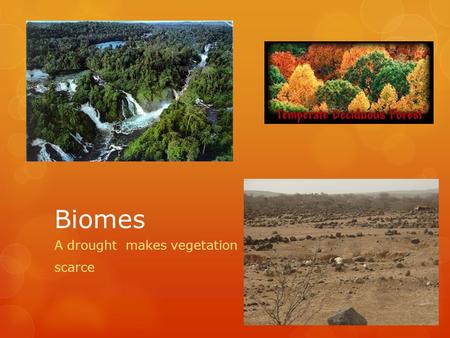 Biomes A drought makes vegetation scarce. What is a biome?  Group of ecosystems with similar climates and organisms.