3 2014-2015 Budget Most changes occur from the adoption of the budget (July 1) until the First Interim Report State of California Budget Trailer bills, which define some of the funding that was not signed, includes one-time mandated cost dollars RUSD’s previous year’s budget was not closed Unspent dollars from the previous year needed to be budgeted in the current year and the previous year’s ending balance needed to be updated in the new projections Information was not yet known on other budget items The final cost of employee settlements from June of 2012 Summertime resignations Current year enrollment and staffing This year, changes are similar to changes which occurred in past years

6 Changes from Budget Adoption To be able to spend the dollars from the ending balance, expenditure budgets must be developed The expenditures go up by $3.28 million The majority of dollars are in the 4000 object code Revenues that significantly increased Local Control Funding Formula increase One-Time Mandated Costs revenues Out-of-Home Beds Federal dollars from Title One and Medi-Cal Reimbursements

7 Changes from Adopted Budget Significant changes to expenses Increase to the utility budget for electricity This was offset by the reduction to diesel fuel costs Employee compensation Step and column is corrected Resignations, replacements, and new hires are in place The final cost of the settlement to all employee groups for the June 2012 agreement and the August settlement with CSEA Additional dollars budgeted for deferred maintenance needs COP payments

9 Multi-Year Projections AB 1200 requires each district to project the current year and next two fiscal years to maintain fiscal health and to identify any significant issues RUSD’s reserve meets State’s requirement for the 2014-15 and 2015-2016 school years With the current set of assumptions, RUSD’s reserve will likely not meet State’s requirement for the 2016-2017 school year Qualified Status: A district might not be able to meet its financial obligations for the current year and two (2) additional years A qualified budget can change at the second interim with new or updated information

12 Assumptions for Multi-Year One-Time revenues, such as Mandated Costs and Out- of-Home beds, are not included RUSD will receive significantly smaller amount of Out-of- Home beds in the future Expenses The assumption is that all the carryover dollars are spent in their entirety The expenses dramatically drop Backing out of other one-time expenses The expenses from the June 2012 settlement Textbooks dropping to $200,000 and then to zero

13 Assumptions for Multi-Year Expenses Increase in healthcare costs at 10% each year Step & Column salary increases at 2% per year Savings from the new District copier lease agreement General Fund contribution to the payment of Certificates of Participation at $1.68 and $1.76 million These will be adjusted in those years as developer fees are realized

14 Points to Ponder A qualified vs. a positive budget certification Any budget needs to be based upon sound and reasonable assumptions Elimination of deficit spending New one-time projects Governor’s 2015-2016 Budget proposal in January

16 Changed Assumptions Revenues in 2016-2017 are based upon State Department of Finance Changes assumption of GAP funding to LCFF from a 8.2% to 25.48% One-Time expenses of Deferred Maintenance plan in 2014-2015, and one-time expenses of textbooks and Professional Development in 2015-2016 have been eliminated Assumes slightly more developers fee revenues in the next two years Assumes a reduction of expenses for utilities

17 Alternative Multi-Year Both scenarios are based upon sound assumptions Both School Services of California and Department of Finance are credible sources of information Developer Fee revenues have been greater than anticipated the last two years, and potential housing construction projects are inline to support this increase of revenues Training and planning have begun to continue the savings from utilities

19 What is Next Governor Brown’s January Budget What are the Governor’s priorities for current year’s increase in State revenues Increase to LCFF More one-time projects such as mandated costs, common core New programs such as expanded pre-school Enrollment Projections Help to determine staffing and revenues 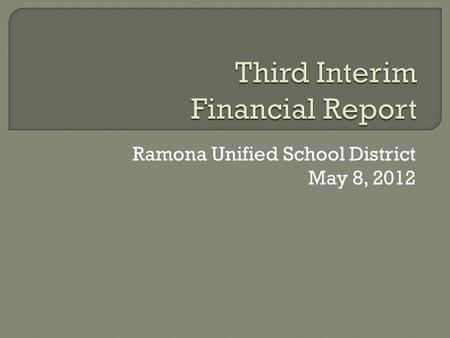 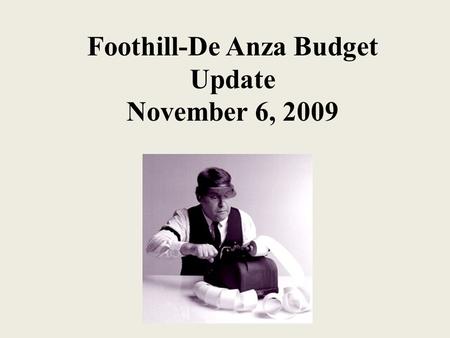 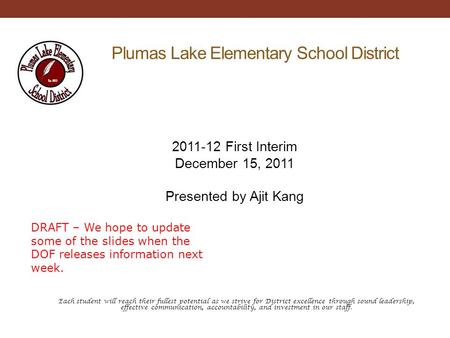 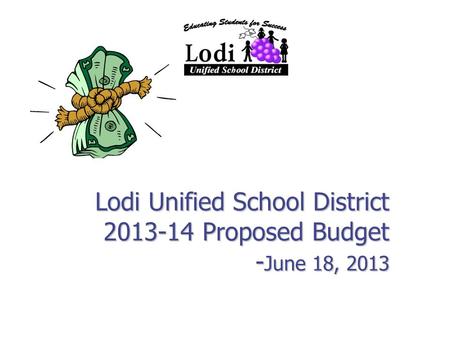 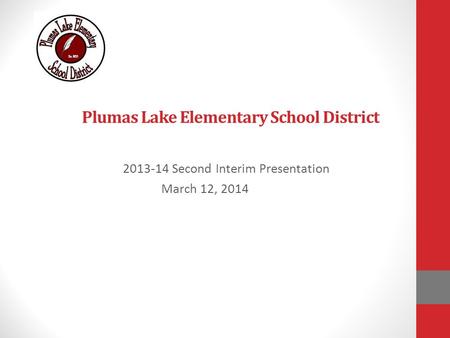 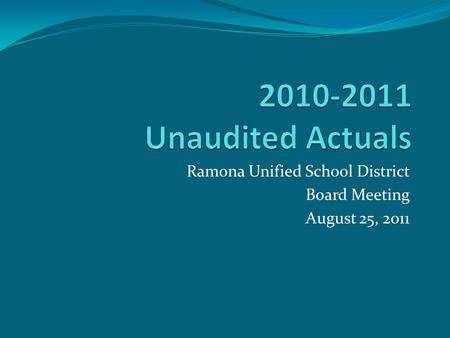 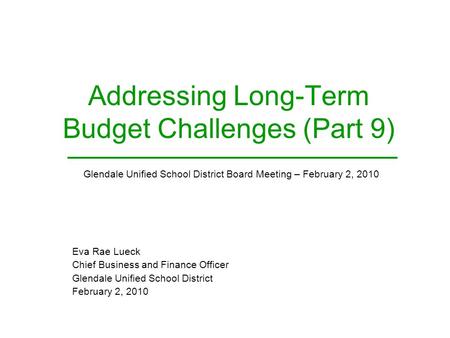 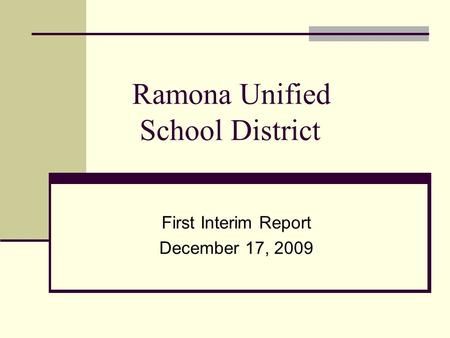 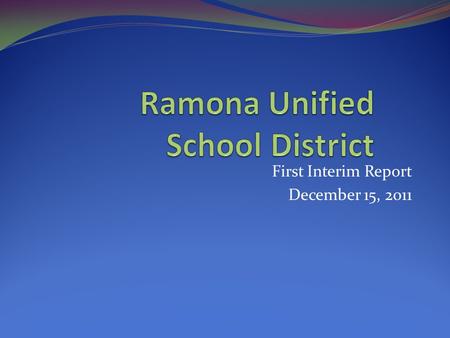 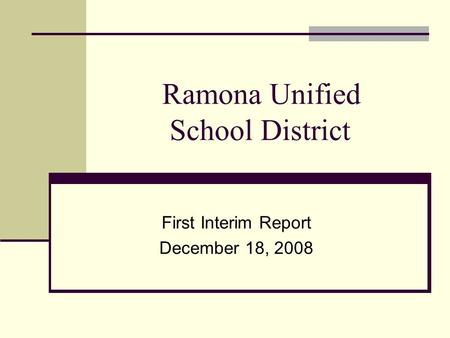