Presentation on theme: "FINDING ME By: Michelle Knight. In Michelle's early life, so the ages between 4-12 years old were rough. Her parents started off really poor, they all."— Presentation transcript:

1 FINDING ME By: Michelle Knight

2 In Michelle's early life, so the ages between 4-12 years old were rough. Her parents started off really poor, they all lived in a brown old Volkswagen. As time went on they moved into a small house but all her family lived there aunts, uncles,cousins, grandparents, it was very squishy. But you might think your safe living in a house filled with family, well that's what she thought, Michelle was violated by her uncle when she was 5 years old and it continued. Growing up she took care of all the kids and she was only around the age of 6. Michelle was in and out of school, she missed so many days all the time to stay home and take care of the kids and then it began to be to hard to catch up what was missed. She loved school but she always got picked on by the other kids for being smelly, weird and wearing the same clothes because they didn't have any money to buy new ones. Early life

3 Being a teenager the ages between 13-18 years old was even harder. More family members she didn't even know started staying in the house. There were more kids to take care of, in and out of school still, and being violated. Michelle couldn’t handle it anymore and when she was 15 years old she ran away and lived under a bridge. The nights were extremely cold, and she had no money to buy food, so being hungry everyday was awful so she stole from stores. Then a coloured man found her under the bridge one day (he was part of the Baptist church), he welcomed her right in. They fed her and gave her a big winter jacket, after that she went and ate there and to clean up everyday at 5pm that is when they had there meals for the homeless. After a couple weeks when she was sleeping a man came up to her and told her to come with him. His name was Sniper and he was a drug dealer he wanted her to be his runner. She said yes and she went home with him he gave her, her own bedroom, clothes, fed her, to her it was paradise. One day sniper got arrested while he was out doing a run, Michelle went right back to the bridge but while she was on her way there her dads friend saw her and called her dad. Minutes later he pulls up and throws her in the car to bring her back home. Then it all started again, she went back to school and she met a boy named Erik, her first boyfriend. They were together all the time until she found out it was a joke, he didn’t really care for her. But after they broke up she found out she was pregnant. Michelle had a baby boy when she was 18, she named him Joey. Teenager

4 Adult hood was the worst, ages between 19-21 years old. Taking care of Joey by herself was hard, her mother never helped, she didn't have a job, and at home was a bad environment. Child services took him away, he broke his leg because his uncle pulled it trying to prevent him to run and the hospital thought she abused him. He got taken away and it was hard. She went to go to a meeting with Joey to see him one day and she asked a man in the dollar store she stopped at if he knew where the place was, he said yes and he would take her. Michelle trusted him because it was her friends dad, so they got in his truck and drove away. He got her to go to his house and inside because he told her he had puppies upstairs and thought Joey would love one and they were sleeping. That's when her life changed into hell. Before being taken

5 Michelle was 21 years old when she was kidnapped by Ariel Castro. He tortured her, beat her, starved her, violated her, trapped her and much more. Her first week was hung from the sealing by wires with her hands, feet and neck tied together behind her back, then hung her. Then dragged her down to the basement and tied her up with chains to a pole and put a big motorcycle helmet on her head, she could barely breath. He made her dig her own grave and would tell her no one cares about her, she’s worthless, no one will find her, and her family never ever even tried to look for her which was true. With all that he did to Michelle he kidnapped 2 other girls named Amana Berry and Gina DeJesus. Gina and Michelle were captive in the same room together and Amanda was kept in the basement or in a different room. Gina was like a little sister to Michelle always wanted to protect her, no matter what was happening. They were held captive for 12 years, when Michelle escaped she was 32. She didn’t have anything to go back to but all she cared about was starting a new life and to find her son Joey. In the horror house

7 After she escaped, she found out that Joey got adopted when he was 4 years old and his parents didn’t want Michelle to see him because they didn't want her to interfere in his life. Michelle and the other girls never talked after they escaped. Starting her knew life couldn’t make her any happier. Michelle went to culinary school and loves it. Her hero is Dr.Phil, she got to tell her story to the whole world and he even says that Michelle changed his life. They made a movie about her story and what happened and its called The Cleveland Abduction. She went to go see her first Broadway show and she wrote a book which is a big achievement, Finding me. No one can give her back the years of torture and mistreated but she has a smile on her face and is moving forward with her life. Starting a new journey

Download ppt "FINDING ME By: Michelle Knight. In Michelle's early life, so the ages between 4-12 years old were rough. Her parents started off really poor, they all." 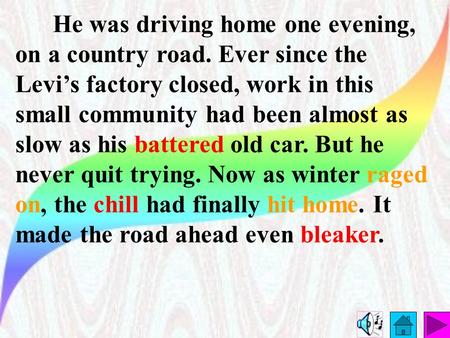 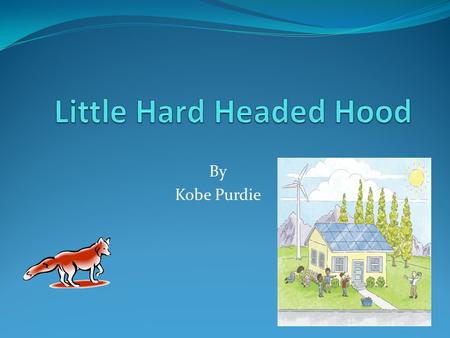