3 3 Data Types The objective of all programs is to process data It is necessary to classify data into specific types Numerical Alphabetical Audio Video C++ allows only certain operations to be performed on certain types of data Prevents inappropriate programming operations http://www.cplusplus.com/doc/tutorial/variables.html

4 4 Data Types (continued) Data Type: A set of values and operations that can be applied to these values Example of Data Type: Integers The Values: Set of all Integer (whole) numbers The Operations: Familiar mathematical and comparison operators

7 7 Literal: Acceptable value for a data type Value explicitly identifies itself The numbers 2, 3.6 and –8.2 are literals Values are literally displayed The text “Hello World!” is a literal Text itself is displayed Literals also known as literal values and constants

12 12 The int Data Type (continued) Different compilers have different internal limits on the largest and smallest values that can be stored in each data type Most common allocation for int is four bytes cout << sizeof(int) << endl; Atomic Data Value: a complete entity that cannot be decomposed into a smaller data type All built-in data types are atomic

17 17 The Escape Character Backslash ( \ ): the escape character Special meaning in C++ Placed before a select group of characters, it tells the compiler to escape from normal interpretation of these characters Escape Sequence: combination of a backslash and specific characters Example: newline escape sequence, \n

21 21 The bool Data Type Represents boolean (logical) data Restricted to true or false values Often used when a program must examine a specific condition If condition is true, the program takes one action, if false, it takes another action Boolean data type uses an integer storage code

22 22 Determining Storage Size C++ makes it possible to see how values are stored sizeof() : provides the number of bytes required to store a value for any data type Built-in operator that does not use an arithmetic symbol

25 25 Floating-Point Types The number zero or any positive or negative number that contains a decimal point Also called real number Examples: +10.625 5. -6.2 3521.92 0.0 5. and 0.0 are floating-point, but same values without a decimal (5, 0) would be integers C++ supports three floating-point types: float, double, long double Different storage requirements for each

34 34 endl Manipulator Meaning “end line” Is included in the iostream, no farther included are required Acts similar to /n in that it puts a curser to the next line. Additionally, for butter streams, it flushes the buffer.

40 40 Declaration Statements Names a variable, specifies its data type General form: dataType variableName; Example: int sum; Declares sum as variable which stores an integer value Declaration statements can be placed anywhere in function Typically grouped together and placed immediately after the function’s opening brace Variable must be declared before it can be used

42 42 Multiple Declarations Variables with the same data type can be grouped together and declared in one statement Format: dataType variableList; Example: double grade1, grade2, total, average; Initialization: using a declaration statement to store a value in a variable Good programming practice is to declare each initialized variable on a line by itself Example: double grade2 = 93.5;

48 48 Summary Four basic types of data recognized by C++: Integer, floating-point, character, boolean cout object can be used to display all data types Every variable in a C++ program must be declared as the type of variable it can store Reference variables can be declared that associate a second name to an existing variable 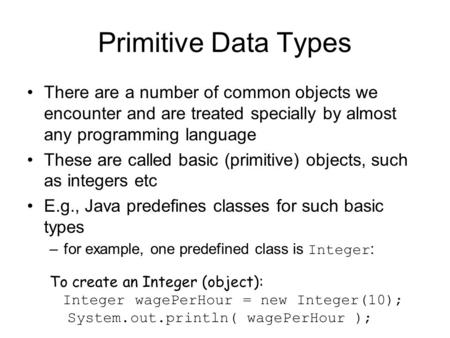 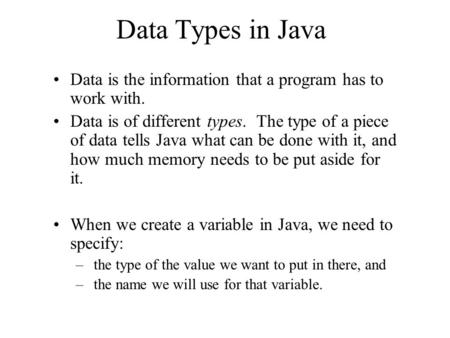 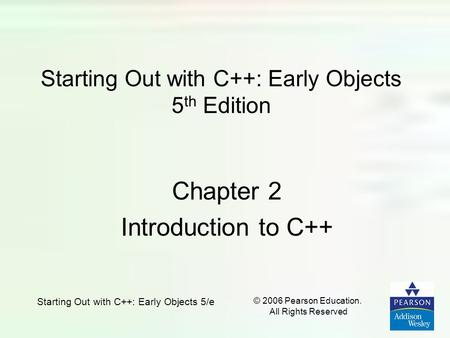 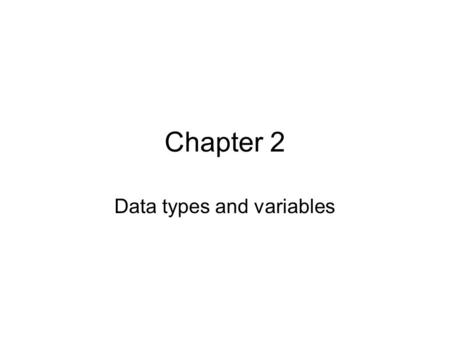 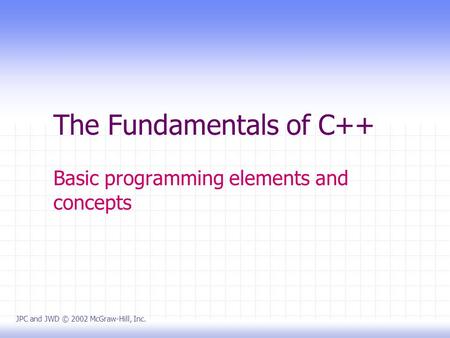 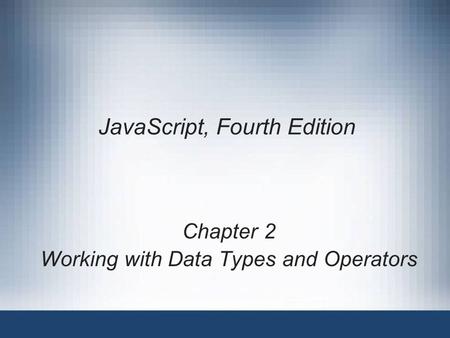 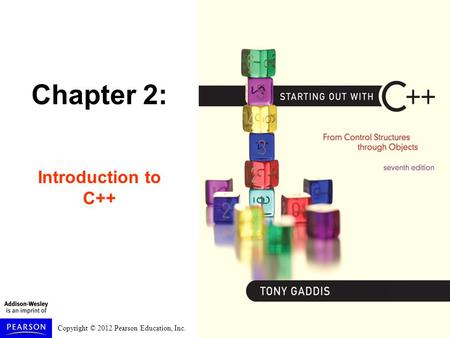 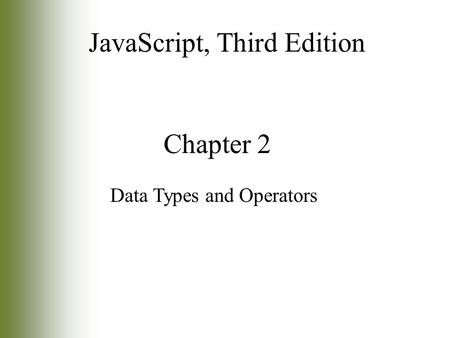 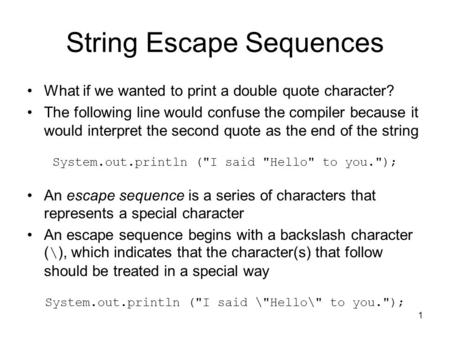 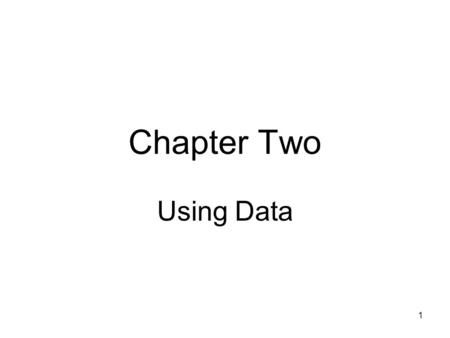 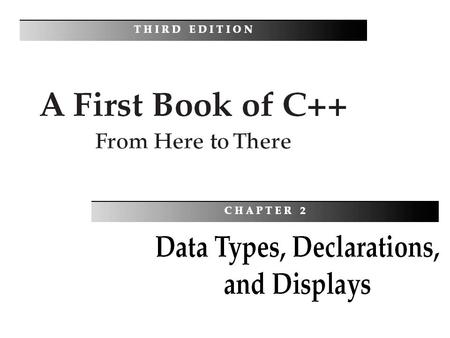 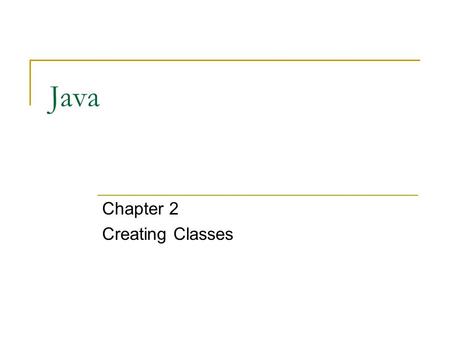 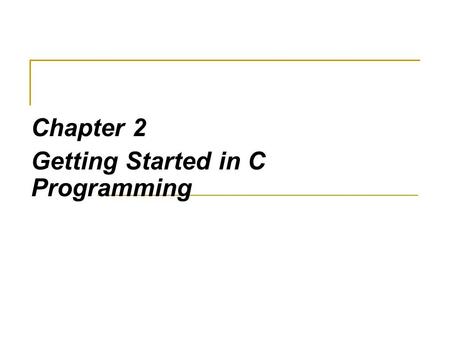 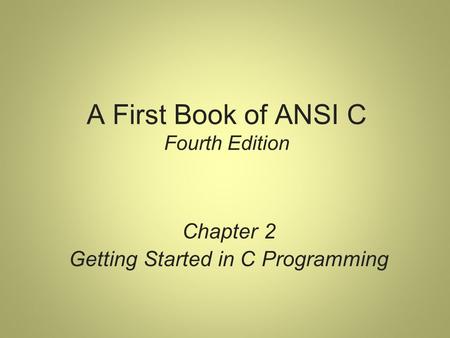 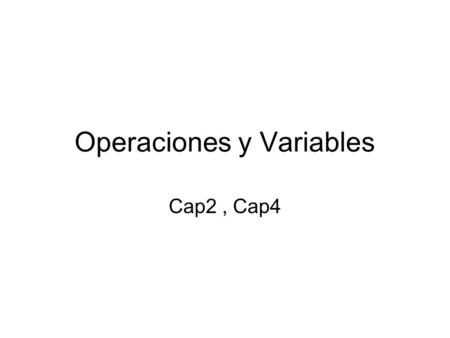 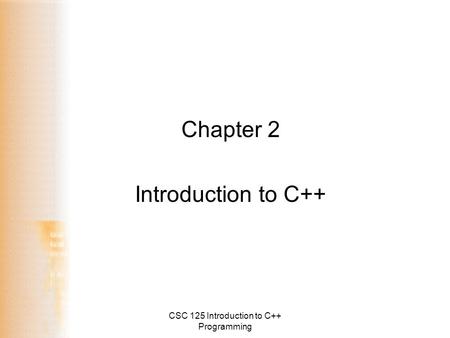 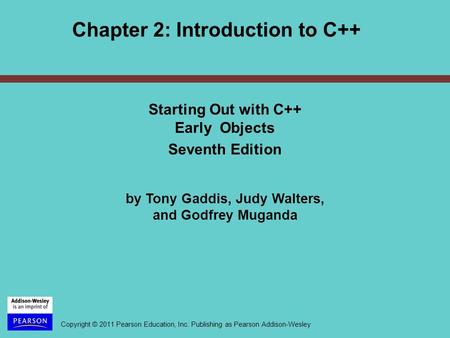 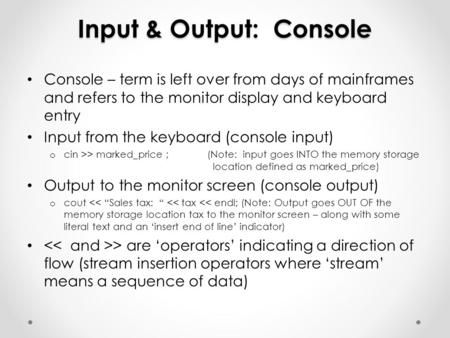