6 Mutual inductance: magnetic flux through coil2 due to current in coil 1 Induced emf due to mutual induction: Mutual Inductance

7 Solenoid and coil. A long thin solenoid of length l and cross-sectional area A contains N 1 closely packed turns of wire. Wrapped around it is an insulated coil of N 2 turns. Assume all the flux from coil 1 (the solenoid) passes through coil 2, and calculate the mutual inductance.

10 Solenoid inductance. (a) Determine a formula for the self-inductance L of a tightly wrapped and long solenoid containing N turns of wire in its length l and whose cross-sectional area is A. (b) Calculate the value of L if N = 100, l = 5.0 cm, A = 0.30 cm 2, and the solenoid is air filled.

13 A circuit consisting of an inductor and a resistor will begin with most of the voltage drop across the inductor, as the current is changing rapidly. With time, the current will increase less and less, until all the voltage is across the resistor. LR Circuits

17 If the circuit is then shorted across the battery, the current will gradually decay away: LR Circuits.

20 An LR circuit. At t = 0, a 12.0-V battery is connected in series with a 220-mH inductor and a total of 30-Ω resistance, as shown. (a) What is the current at t = 0? (b) What is the time constant? (c) What is the maximum current? (d) How long will it take the current to reach half its maximum possible value? (e) At this instant, at what rate is energy being delivered by the battery, and (f) at what rate is energy being stored in the inductor’s magnetic field?

23 Energy Stored in an Inductor Therefore, the third term represents the rate at which the energy is stored in the inductor The total energy stored from i=0 to i=I is

25 LC Circuits and Electromagnetic Oscillations An LC circuit is a charged capacitor shorted through an inductor.

27 The current causes the charge in the capacitor to decreases so I=-dQ/dt. Thus the differential equation becomes LC Circuits Across the capacitor, the voltage is raised by Q/C. As the current passes through the inductor, the induced emf is –L(dI/dt). The Kirchhof’s loop rule gives

28 The charge therefore oscillates with a natural angular frequency LC Circuits and Electromagnetic Oscillations The equation describing LC circuits has the same form as the SHO equation:.

29 Electromagnetic Oscillations The charge varies as The current is sinusoidal as well: Remark: When Q=Q 0 at t=t 0, we have φ=0.

30 LC Circuits and Electromagnetic Oscillations The charge and current are both sinusoidal, but with different phases.

31 LC Circuits and Electromagnetic Oscillations The total energy in the circuit is constant; it oscillates between the capacitor and the inductor:

32 LC Circuits and Electromagnetic Oscillations LC circuit. A 1200-pF capacitor is fully charged by a 500-V dc power supply. It is disconnected from the power supply and is connected, at t = 0, to a 75-mH inductor. Determine: (a) the initial charge on the capacitor; (b) the maximum current; (c) the frequency f and period T of oscillation; and (d) the total energy oscillating in the system.

33 LRC Circuits Any real (nonsuperconducting) circuit will have resistance.

34 LRC Circuits Adding a resistor in an LC circuit is equivalent to adding –IR in the equation of LC oscillation Initially Q=Q 0, and the switch is closed at t=0, the current is I=-dQ/dt. The differential equation becomes

38 LRC Circuits Damped oscillations. At t = 0, a 40-mH inductor is placed in series with a resistance R = 3.0 Ω and a charged capacitor C = 4.8 μF. (a) Show that this circuit will oscillate. (b) Determine the frequency. (c) What is the time required for the charge amplitude to drop to half its starting value? (d) What value of R will make the circuit nonoscillating? 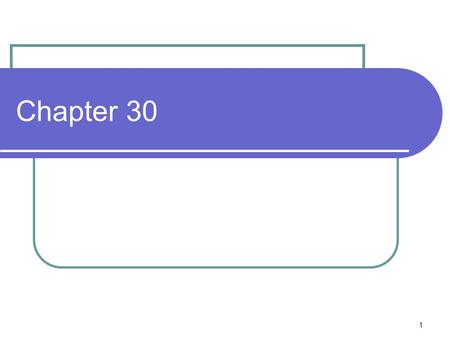 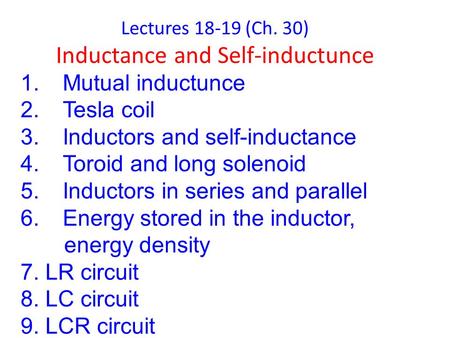 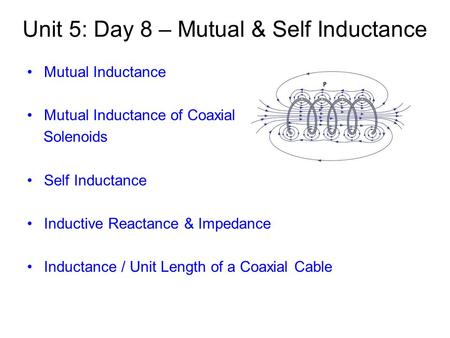 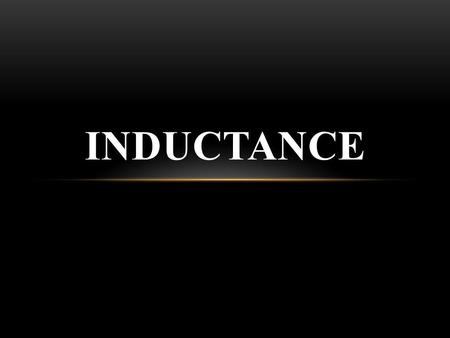