1 Chapter 4 Cultures of the World

4 What is Culture? 2. Some elements are not material – spiritual beliefs, government, ideas about right and wrong

5 What is Culture B. Cultural trait – behavioral characteristic of people such as language, skill or custom passed from one generation to another

6 What is Culture? II. Study of culture A. Human – environment interaction – how activities relate to the environment

9 What is Culture? B. Cultural landscape – a landscape that has been changed by human beings and that reflects their culture – Bali and terraces for farmland

13 What is Culture? 4. Development of system of writing – Creation of civilization that stores and passes on knowledge

14 Social Groups, Language, and Religion
I. Organization of society - A. Social Structure- ways in which people within a culture are organized into smaller groups, each group has its own particular task.

15 Social Groups, Language, and Religion
- B. Families- most important social unit of any culture 1. Nuclear family- a family unit that includes a mother, father, and their children. Ex: Industrial Nations such as USA, Germany, and Great Britain. 2. Extended Family- a family unit that may include parents, children, grandparents, aunts, uncles, cousins, and other relatives

17 Social Groups, Language, and Religion
- C. Social Classes- rank people within a culture 1. Status or position may come from wealth, land, ancestors, or education 2. In the past- difficult to move from class to class 3. Today people in many societies can improve their status

18 Social Groups, Language, and Religion
II. Language A. Basis of every culture B. Lets people communicate what they need to share in culture.

19 Social Groups, Language, and Religion
C. Reflects the things that people in a culture think are important D. All cultures have their own unique terms E. In some countries, people speak different languages

20 Social Groups, Language, and Religion
III. Ways of Believing (Religion) A. Values and religion are basic to culture B. Help people understand the world C. Provide comfort and hope in difficult times

21 Social Groups, Language, and Religion
D. Answers questions about the meaning and purpose of life E. Defines the values that people think are important F. Guides people in ethics or standards of accepted behavior

22 Economic and Political Systems
Goods – Products that are made to be sold; cars, baskets, and computers are all examples of goods

23 Economic and Political Systems
Services – work done or duties performed for other people, such as the work of a doctor or of a television repair person

28 Economic and Political Systems
Socialism – the government owns most basic industries. It runs for the good of society, not profit 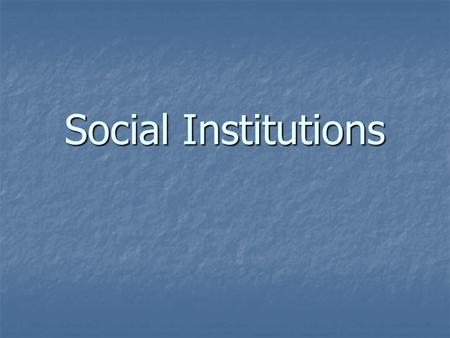 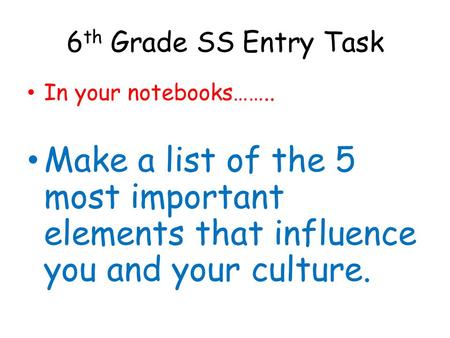 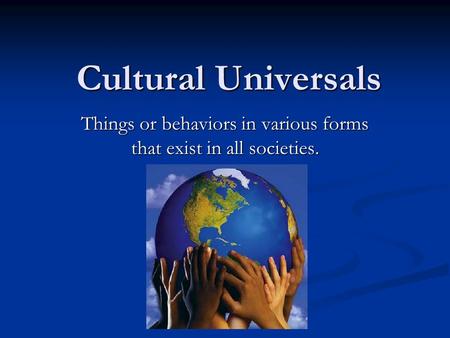 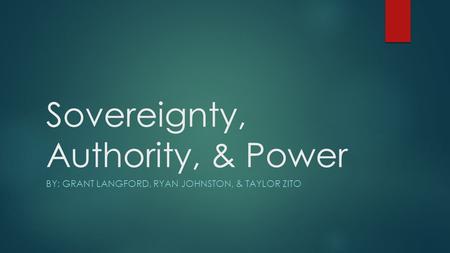 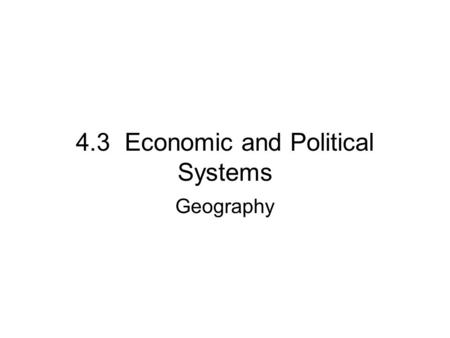 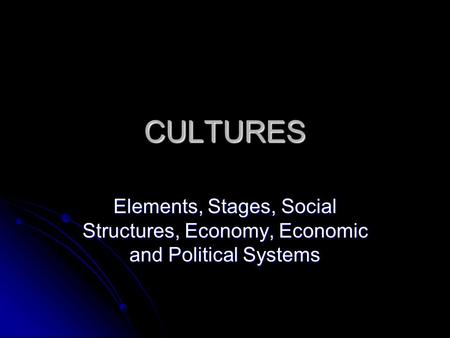 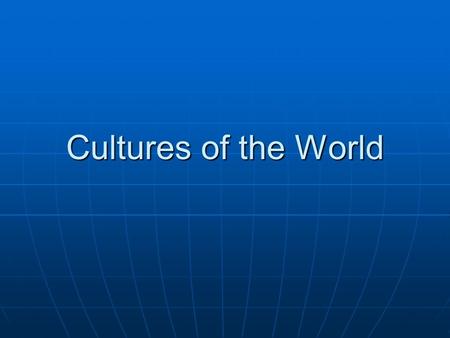 Cultures of the World. 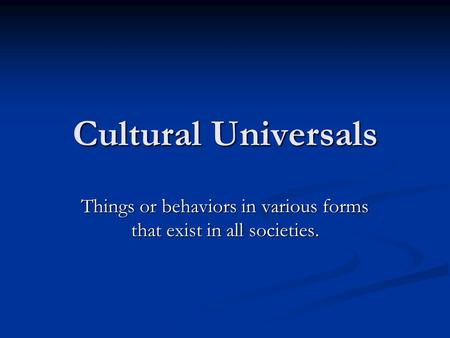 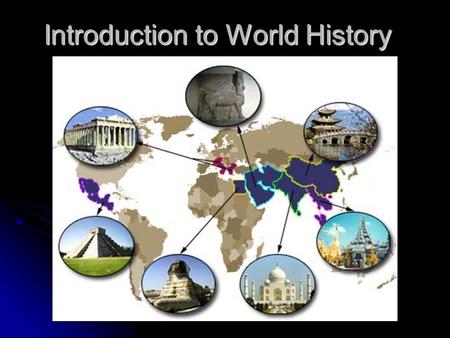