2 Subarachnoid Space – exists between the Arachnoid and Pia Mater. Filled with cerebrospinal fluid.

5 The Brain Composed of 100 Billion Neurons – Divided into 4 major regions 1) Cerebrum – largest region. Surface has elevated ridges called Gyri, separated by shallow grooves called Sulci and less numerous but deeper grooves called Fissures. Sulci and fissures divide the cerebrum into lobes named for the cranial bones above them. Divided into hemispheres by the Longitudinal Cerebral Fissure. Hemispheres connected by a bridge of nerve fibers called the Corpus Callosum

8 Within cerebral hemispheres and brainstem are interconnected cavities called Ventricles The ventricles are continuous with the central canal of the spinal cord and are filled with Cerebrospinal Fluid Cerebrospinal fluid (CSF) completely surrounds the brain and functions to: 1) support and protect 2) Maintain ion concentration of the CNS 3) Remove wastes

11 2) Diencephalon – Sits atop the brainstem and consists of 3 regions Thalamus – relay station for sensory impulses Hypothalamus – Plays a role in the regulation of body temperature, water balance and metabolism. Also thirst, appetite, pain and pleasure centers are in the hypothalamus. Epithalamus – tissues lining the epithalamus form cerebrospinal fluid

12 3) Brain Stem – Bundle of nerve tissue that connects the cerebrum to the spinal cord. It also has many areas of gray matter that controls vital activities. 3 Main Regions a) Midbrain – Center for auditory and visual reflexes b) Pons – Relay impulses from the medulla to the cerebrum c) Medulla Oblongata – Regulates blood pressure, heart rate, breathing and certain reflexes

14 Cranial Nerves 12 pairs of nerves arise from the underside of the brain that mostly serve the head and neck Numbered in order, front to back Most are mixed nerves, but three are sensory only Olfactory – Sense of smell Optic – Sense of Vision Vestibulocochlear – Hearing and balance Vagus – Sensations and movements of Visceral organs.

18 Spinal Cord Extends from the foramen magnum to the disk between the 1 st and 2 nd Lumbar vertebrae It is surrounded and protected by the meninges The meninges extends below the end of the cord and provide for safe sampling of CSF below L 3 (spinal tap) Spinal cord gives rise to 31 pairs of spinal nerves that exit the vertebrae and serve the body close by.

19 Nerves exiting below the end of the cord travel through the vertebral canal and form the Cauda Equina (horse’s tail) Cross section of the cord reveals a core of gray matter surrounded by white matter. Pattern of gray matter resembles a butterfly Neurons of the gray matter are interneurons. Neurons in the white matter are nerve tracts Central canal filled with Cerebrospinal Fluid Divided into right and left halves much like the brain 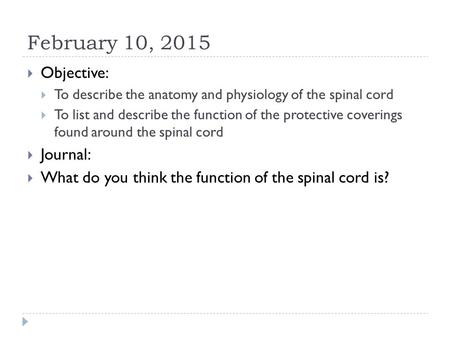 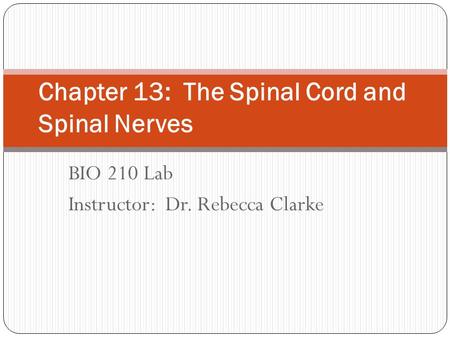 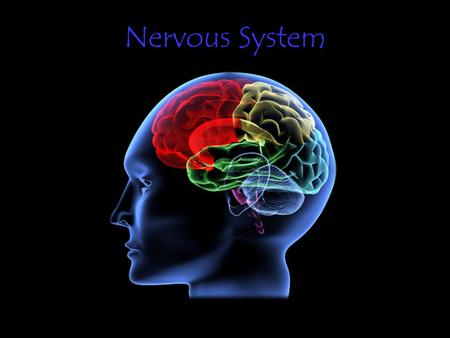