2 What is a plasmid? A plasmid is a circular DNA molecule separate from the much larger bacterial chromosome. Every plasmid has an origin of replication, required for its replication within the cell.

3 In nature, bacteria can transfer DNA in three ways
Unlike the processes in animals and plants, bacterial transfer does not create new individual cells, but creates new genes by moving genes from one cell to another. There are three ways in which gene transfer can take place: Transformation Transduction Conjugation

5 Transformation This is the process of the taking up of DNA from the fluid surrounding a cell.

6 Transduction The transfer of bacterial genes by a phage. In this process, a fragment of DNA belonging to the phages’ previous host cell has been accidentally packaged instead of the phages’ regular DNA. When the phage infects a new cell, the “accidental” DNA is injected into the new cell.

7 Conjugation The union of cells and the DNA transfer between them. The “male” cell has sex pili, and one of them is attached to the “female” recipient cell. The outside layers of the cell have fused, and a cytoplasmic “bridge” has formed in between them. To transfer DNA: The donor cells DNA passes through this mating bridge into the recipient cell. The donor cell replicates its DNA as it transfers so that the donor cell does not end up lacking any genes. This DNA replication process is a special one that allows one copy to peel off and transfer into the recipient cell.

8 The “F” Factor as a piece of DNA
The F. Factor (meaning fertility factor) allows bacterial cells (such as a male E.Coli cells) to carry out conjugation. It is a specific piece of DNA that carries genes for making sex pili and other things needed to carry out conjugation. It also contains an origin of replication; where DNA replication can begin.

9 How the F. Factor behaves during conjugation
The F. factor is integrated into the male bacterium's’ chromosome. When this cell conjugates with a recipient cell, the male donor cell begins replication at the Origin of F replication. The growing copy of chromosome replicating is then peeled off from the original strand and heads into the recipient cell through the cytoplasmic bridge.

11 F. Factor as a plasmid The F. Factor can also exist as a plasmid.
Some plasmids, including the F. Factor plasmid, can bring about conjugation and replicate its entire plasmid and move into another cell. This occurs in the same way a chromosome would transfer, (replicate, peel away, cross bridge into other cell) except when the plasmid enters the recipient cell, the recipient becomes “male”. When a transferable plasmid carries more genes than those needed for replication and conjugation, it is acting as a vector.

13 Plasmids are used to customize bacteria
Page 234 1) Plasmid is isolated from bacterium 2) DNA carrying gene of interest is taken from another cell 3) A piece of that DNA in inserted into the plasmid, making a recombinant plasmid 4) A bacterial cell takes up the plasmid by transformation 5) What is now a genetically engineered recombinant bacteria is cloned to make many copies of the gene.

14 Recombinant Plasmids made by DNA technology

15 Cut and Pasting DNA This means cutting a gene out of one DNA molecule and putting it into another (“cutting” the gene of interest out of a chromosome and pasting into a bacterial plasmid) Cutting tool in a test tube are restriction enzymes In nature, restriction enzymes this enzyme protects bacterial DNA from intruding. It works by chopping up the foreign piece of DNA, a process named restriction because it prevents foreign DNA from surviving in the cell. This cutting tool recognizes short nucleotide sequences in DNA molecules and cuts at specific points within these recognition sequences.

16 Cutting DNA Pg. 235 1) A piece of DNA containing one recognition sequence for a particular restriction enzyme. (The place where the DNA is cut is called a restriction site) 2) The cuts yield two double-stranded DNA fragments with single-stranded ends, called “sticky ends”.

17 Cutting DNA (cont’d) 2 cont’d) Sticky ends are used to join DNA restriction fragments from different sources. They are able to base pair with any DNA molecule with containing the complimenting sticky end. 3) A piece of DNA from another source (the grey strand). Notice that the grey strand has a single stranded end identical to the base sequence of the sticky ends on the blue DNA. Why do these have the same base sequences? It has ends with this particular sequence because it was cut from a larger molecule by the same restriction enzyme used to cut the blue DNA. 4) The complimentary ends on the blue and grey fragments stick together by base pairing and hydrogen bonds.

18 Pasting DNA The combination of the grey and blue DNA fragments is only temporary, because only a few hydrogen bonds hold it together. If it is wanted to be permanent, you can “paste” then together by using DNA ligase. DNA ligase: The cell usually uses this in DNA replication. It catalyzes the formation of covalent bonds between adjacent nucleotides, sealing the “bubbles” in the DNA strands.

20 Applications of genetically engineered bacteria
Recombinant Plasmids are extremely useful in society. It is because it is now possible to create unlimited amounts of whatever needed. These new cultured cells are used to manufacture Protein used to dissolve blood clots in heart attack therapy (tissue plasminogen activator) Insulin Hepatitis B surface antigen, to vaccinate against the Hep B virus Granulocyte-macrophage colony-stimulating factor (GM-CSF) for helping stimulate the bone marrow after a bone marrow transplant Gene for pest resistance that is inserted into plants Gene used to alter bacteria for cleaning up toxic waste To make recombinant DNA useful it must be made in large amounts.

21 Cloning Genes in Recombinant Plasmids
In order for recombinant DNA to be useful it must be made in vast amounts. Ex. A scientist finds a human gene that codes for a valuable product – the biologist to make a system where there is large amounts of the gene produced so it can be sold on a large scale Step 1 : Isolate 2 different DNA : bacterial plasmid that serves as vector, and human DNA of interest Step 2: Treats both DNA with same restriction enzyme. Plasmid is cut in one place, DNA of interest is cut in many fragments – one including the gene of interest. Step 3: Gene of interest is mixed with cut plasmid. Sticky ends attach. Step 4: DNA ligase joins two DNA molecules with covalent bonds. Result : Recombinant DNA plasmid containing gene of interest. Step 5: Plasmids is added to a bacterium. In right conditions, bacteria will take up plasmid by transformation Step 6: Gene Cloning – Bacteria reproduces 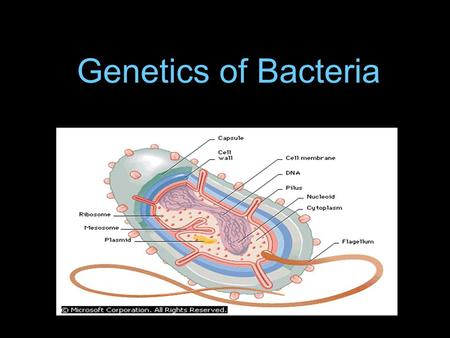