6 Does Ear Wax Have a Purpose?
2 important functions 1.Keeps skin in ear canal soft 2. Keeps bugs out  (they don’t like the taste)

8 The Middle Ear: A cleft within the temporal bone
Eustachian tube connects it to nasopharynx drain cells/tissues Equalize air pressure

10 Malleus, Incus, and Stapes (How hearing occurs)
When the eardrum moves, the hammer (malleus) moves with it and transfers the vibration to the anvil (incus) Incus passes it on to the stirrup (stapes, which presses on the oval window Movement at the oval window sets the fluids of the inner ear into motion Excites the hearing receptors

18 Dynamic Equilibrium The semicircular ducts in the semicircular canals each have a swelling called an “ampulla” at their base Each ampulla contains a “crista ampullaris” that is a receptor made up of a cluster of hair cells with hairs projecting into a cap called the “cupula” When the head position changes in the angular direction, inertia causes the endolymph in the semicirucular duct to lag behind, and as the cupula moves it drags across the endolymph bending the hair cells in the opposite direction The bending results in increased impulse transmission in the sensory neurons

20 Mechanism of Hearing “Organ of Corti” within the cochlear duct contain hearing receptors (hair cells) Sound waves that reach the cochlea through vibrations of the eardrum, ossicles, and oval window set the cochlear fluids into motion Waves from eardrum to the oval window = increase in amplitude Receptor cells on the basilar membrane are bent by the movement of the tectorial membrane 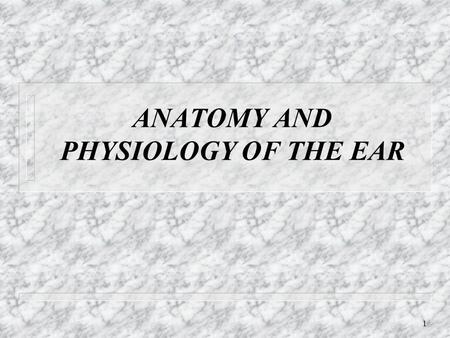 ANATOMY AND PHYSIOLOGY OF THE EAR 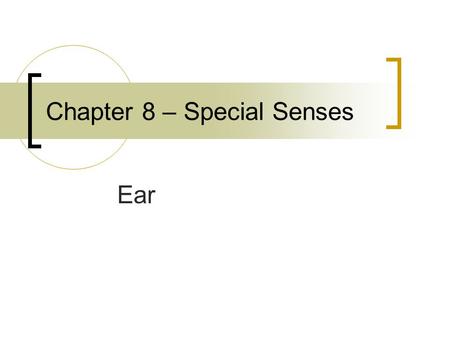 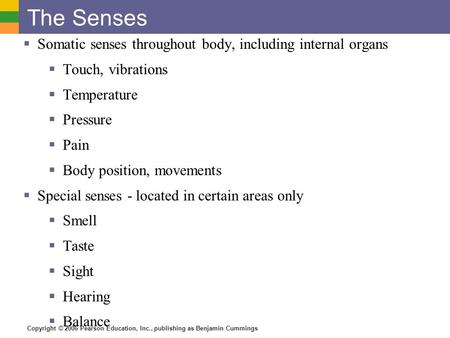 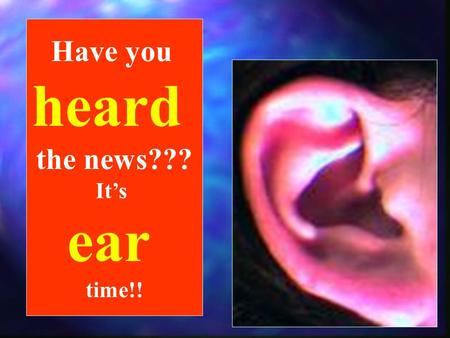 Have you heard the news??? It’s ear time!!. Trivia Question What are the smallest bones in the body? OssiclesOssicles These bones are fully developed. 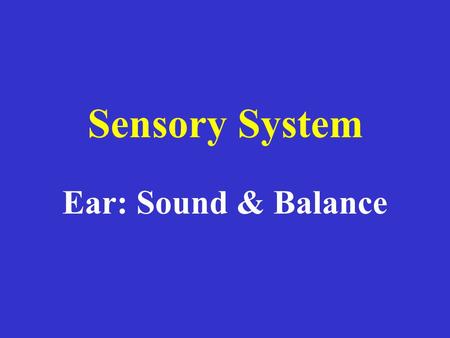 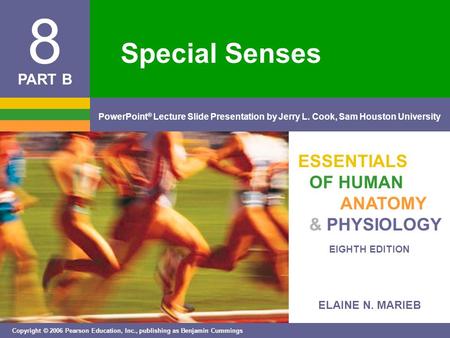 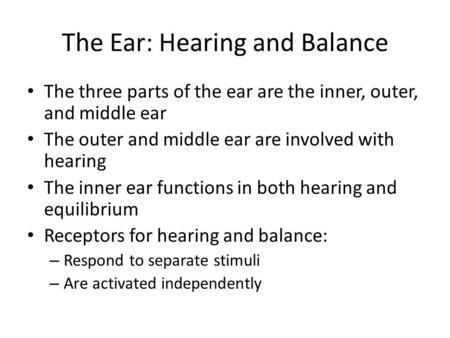 The Ear: Hearing and Balance 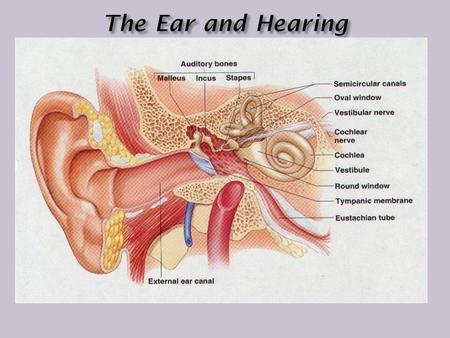 The Ear and Hearing. 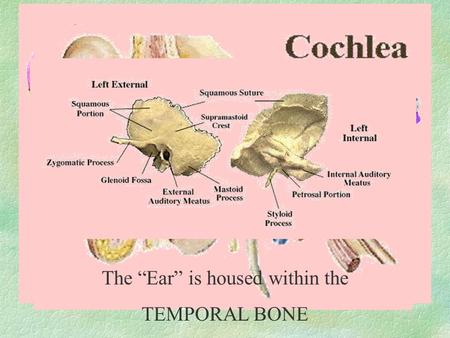 The “Ear” is housed within the 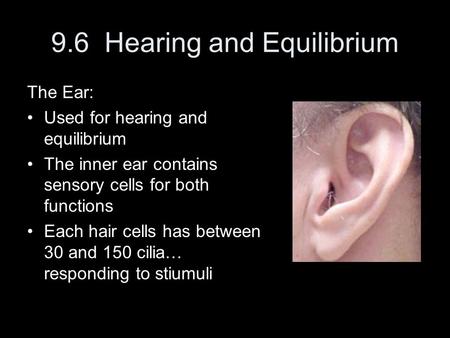 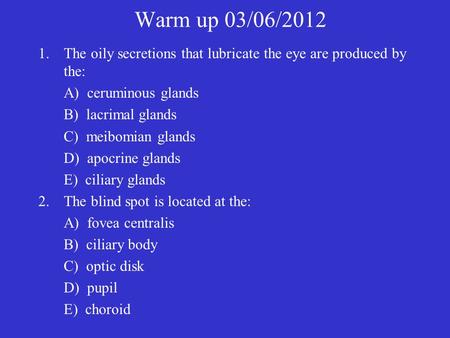 Warm up 03/06/2012 The oily secretions that lubricate the eye are produced by the: A) ceruminous glands B) lacrimal glands C) meibomian glands D) apocrine. 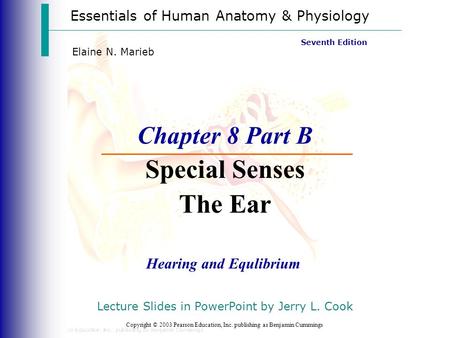 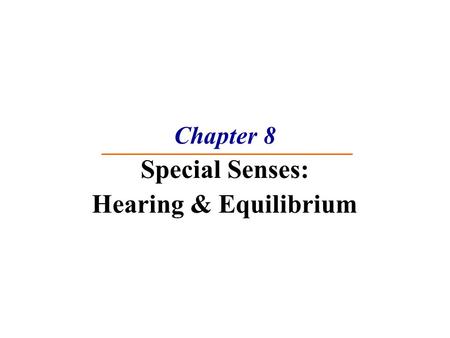 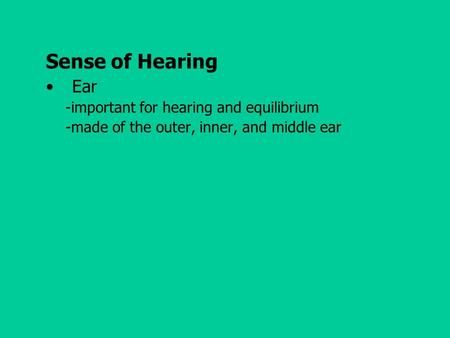 Sense of Hearing Ear -important for hearing and equilibrium -made of the outer, inner, and middle ear. 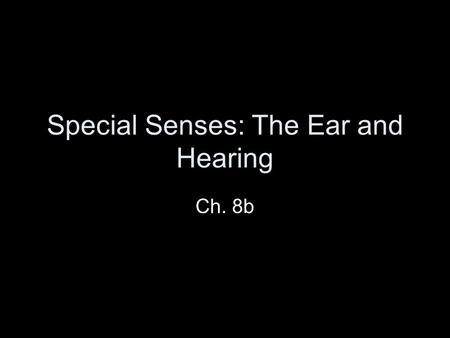 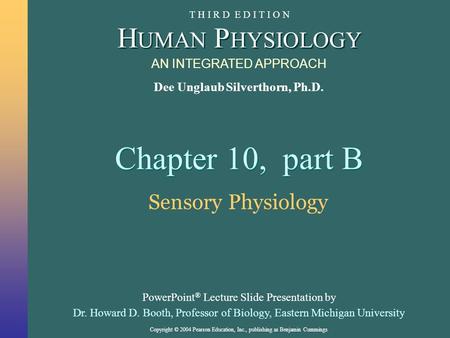 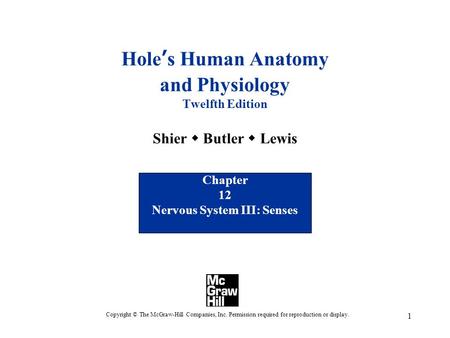 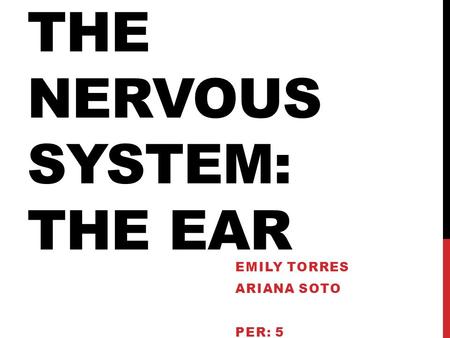 The nervous system: the ear 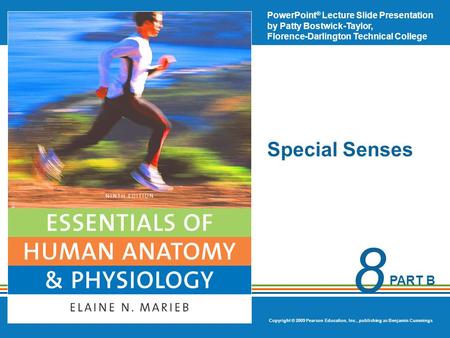 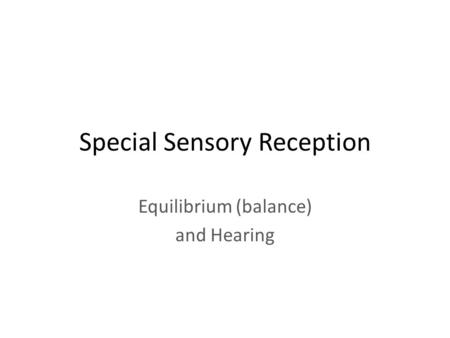