3 1. The organisms that formed fossil fuels originally received and stored their energy from the
A. water. B. Sun C. wind D. Earth’s heat.

4 2. The nonrenewable resource we use the most is
A. fossil fuel. B. wind energy. C. solar energy. D. geothermal energy.

5 3. Which statement describes a reasonable way to deal with fossil fuel problems?
A. Use nonrenewable resources. B. Recycle all of our energy. C. Conserve energy and use alternative resources. D. Both (a) and (b)

18 1. Which statement does NOT correctly match the energy source with its advantages?
A. Solar energy cannot be used up and does not pollute the atmosphere. B. Natural gas burns cleaner than gasoline. C. Hydroelectric dams produce no hazardous wastes. D. Coal can be easily obtained with minimal environmental damage.

19 2. In coal , the higher the carbon content, the
A. more polluting it becomes. B. less clean it burns. C. less time it takes to form. D. cleaner it burns.

20 3. Strip mining is used A. to mine shallow coal deposits.
B. to limit the use of explosives. C. in order to protect the environment. D. when coal is found deep in the Earth.

21 4. Most power plants produce electricity by
A. harnessing the energy of falling water. B. capturing sunlight with solar collectors. C. forcing the nuclei of atoms to fuse. D. burning materials that contain carbon.

22 5. Gasohol is not a practical fuel for cars in the United States because
A. we do not grow enough corn. B. we use so much car fuel. C. it forms 10 percent of car fuel. D. it produces a lot of pollution.

24 7. Coal, petroleum, and natural gas are all examples of
A. forms of alternative resources. B. fossil fuels. C. renewable resources. D. All of the above

28 11. Most coal used in the United States today is burned by
A. homes for summertime barbecue. B. businesses for power. C. trains for power. D. power plants to run electric generators.

29 12. Lignite is formed much the same way as
A. bituminous coal. B. geothermal energy. C. nuclear energy. D. biomass.

30 13. All of the following are separated from petroleum EXCEPT
A. fuel oil B. jet fuel C. lignite D. kerosene.

31 14. Coal was formed from the remains of swamp ____ that lived millions of years ago.
A. organisms B. rock C. water D. All of the above

33 1. The ____ limits the use of solar-energy systems.
A. need for pollution controls B. production of toxic wastes C. high cost of equipment D. low availability of energy

34 2. Why are large amounts of water used in nuclear power plants?
A. to cool the plant B. to control radioactive waste C. to start nuclear reactions D. to increase energy production

36 4. One disadvantage of hydroelectric dams is that they
A. Add pollutant by products to the water. B. increase the potential for flooding. C. consume more energy than they produce. D. disrupt previously existing ecosystems.

38 6. The problem with nuclear fusion is that
A. it is more dangerous than nuclear fission B. there are many technical difficulties that need to be solved. C. it does not release much energy. D. the process by which it works is unknown.

39 7.Which of the following would be the best place to tap into geothermal energy?
A. volcanic Iceland B. the rain forests of Brazil C. Mountainous Switzerland D. the plains of Illinois

40 8. A generator converts physical or chemical energy into
A. power. B. steam. C. electricity. D. All of the above

41 9. Plants, wood, and animal waste are all examples of
A. Nonrenewable resources. B. fossil fuels. C. biomass. D. inorganic matter.

42 10. If you lived in the desert, which energy source would probably be the most useful?
A. biomass B. hydroelectric energy C. solar energy D. wind energy 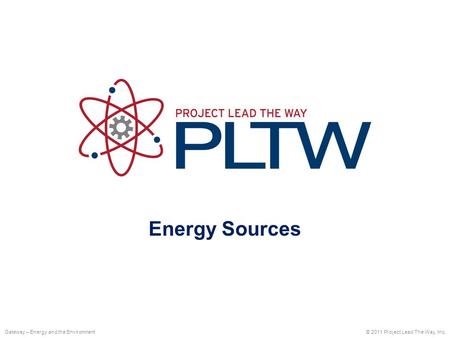