6 Factors  What is a factor? Factors of a number are those numbers that divide into it exactly with no remainder. * What are common factors? I.e. the factors of 12 are 1, 12, 2, 6, 3 and 4. Common factors are those factors which divide exactly into all the numbers in the set.

10 Prime Factors  Sometimes we want to find just the prime factors of two numbers. What is a prime number? A prime number only has 2 factors and those 2 factors must be 1 and the number itself. The first 5 prime numbers are: 2, 3, 5, 7, and 11 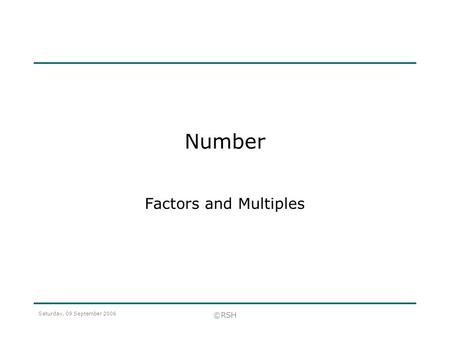 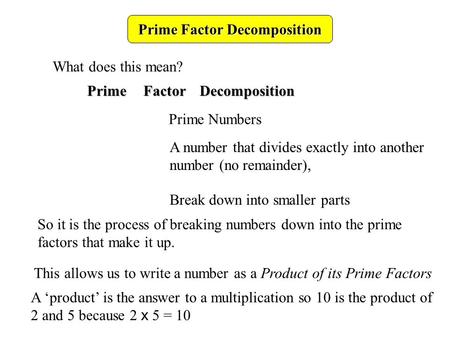 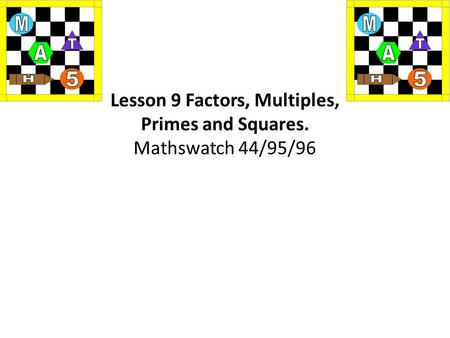 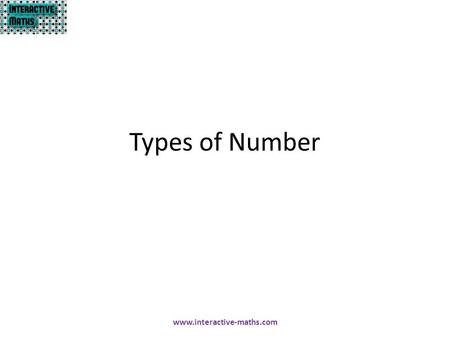 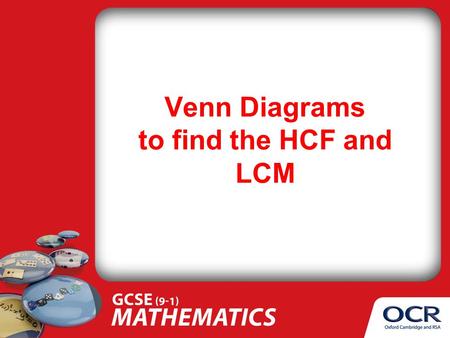 Venn Diagrams to find the HCF and LCM 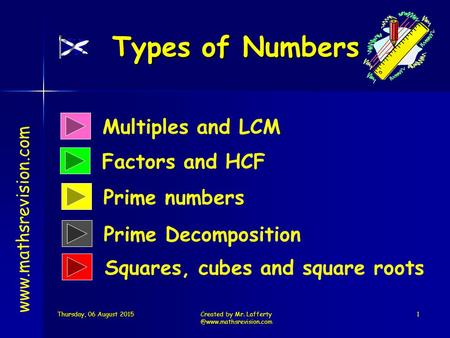 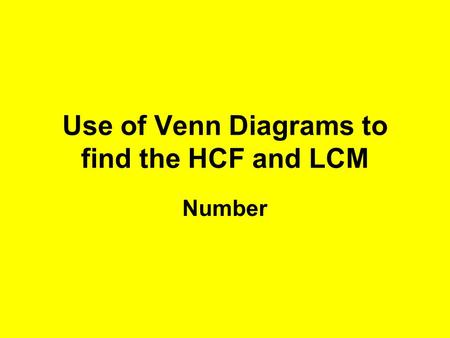 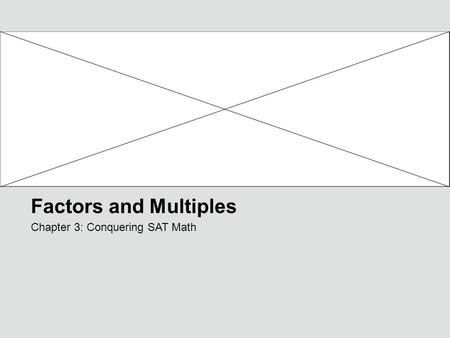 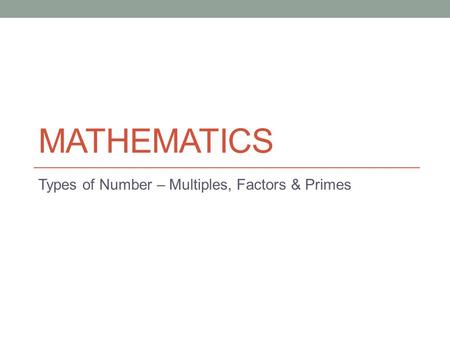 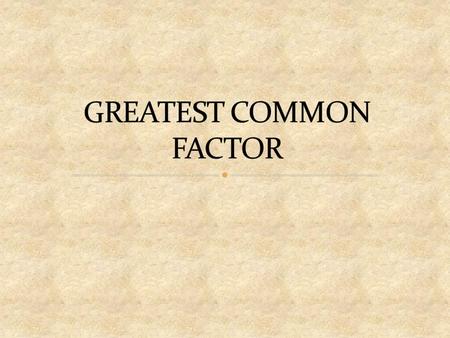 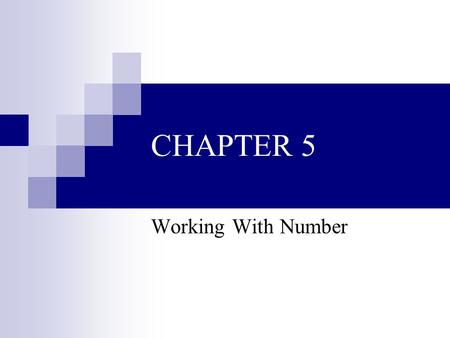 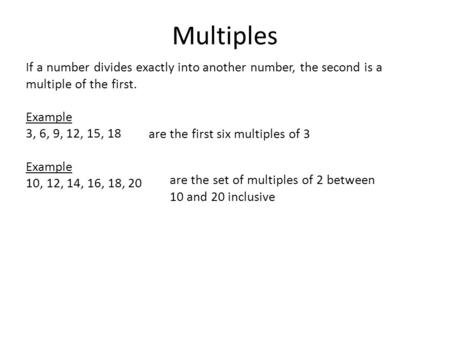 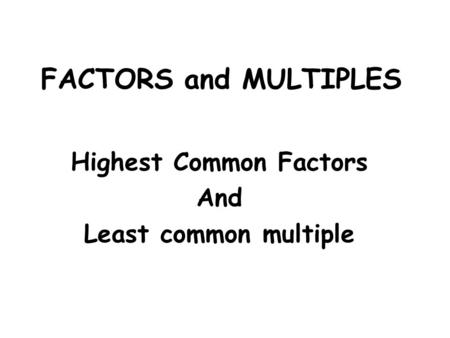 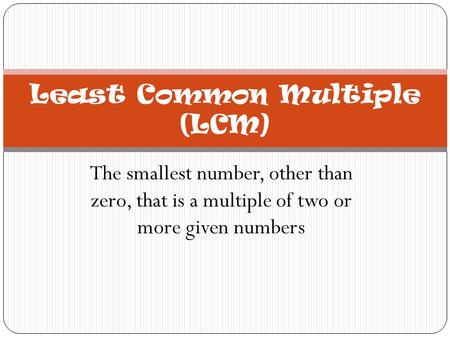 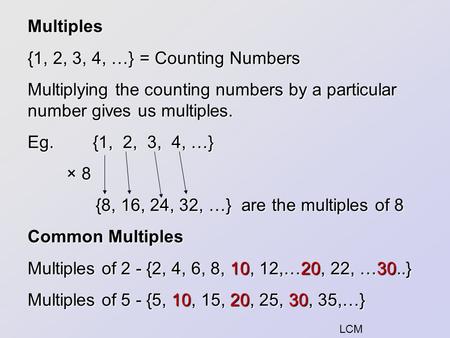 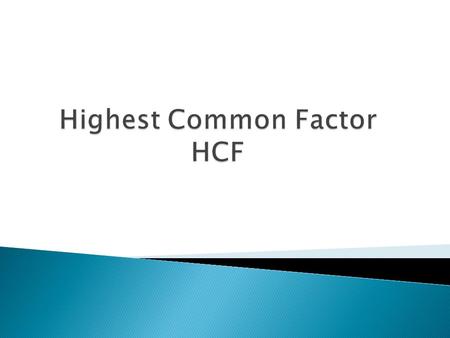 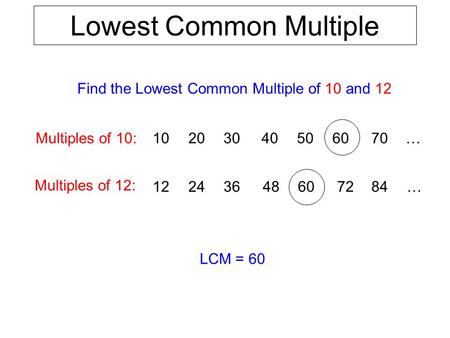 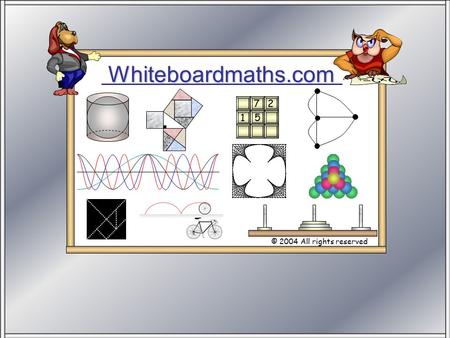 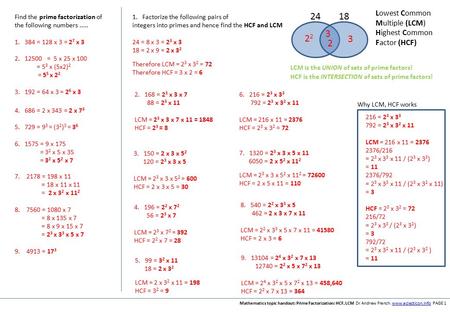 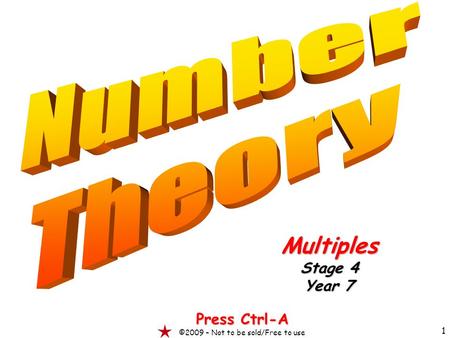