Presentation on theme: "Daniel Ostrowski RESEARCH (PART 2). The dominant image of this superstar Ozzy Osbourne instantly catches the attention of the reader. The quote underneath."— Presentation transcript:

2 The dominant image of this superstar Ozzy Osbourne instantly catches the attention of the reader. The quote underneath shows what’s to come in the article and is one of the first things read by the audience, engrossing them almost instantly into the page. The layout on this page outwardly looks very chaotic and messy, but is actually very structured and ordered. Purple and white signifies the general text and important points about the featured star. The timeline, a very interesting and easy to follow piece is laid out across the bottom of the whole page, which also makes it easier to follow instead of it being all over the page. The opinions of the magazine, which many readers want to know, is placed down the right hand side in a bold orange box, so it’s easily spotted by a browsing reader. There are “Ozzy Fact!” boxes spread across the page, which give a small change from the amount of small text as the audience reads through the feature. The images and captions are the main components on this page though, and are placed to show the various stages of the feature star’s life to the people who don’t want to read all the way through. They also compliment the text throughout the feature, just by amplifying the message and meanings in the text itself. All of the essential information such as, “Timeline,” and, “The Essential Ozzy Playlist,” are in the dominant colour purple, making them stand out as the staple elements of the feature. The timeline is a very interesting element as it encapsulates and summarises everything that is being said in the full article. It is simply laid out, with few images and dates with a small amount of information about each one. It gives the reader insight into the main features and events of Ozzy’s life whilst keeping it brief and not too heavy on the reader. The image of Ozzy and his family give the audience a real feel for every aspect of Ozzy’s life, not just his rock ‘n’ roll stardom, but his home and family life as well, which is very interesting to the reader.

3 A full page is used up solely for the legend that is Eddie Vedder. Pearl Jam [of which Vedder is the front man] have made a comeback so it can be implied that they haven’t been around for a while, and the charismatic image if this grunge superstar with a guitar again is an astronomically appealing picture, bound to totally engross the reader pretty much straight away. The headline and sub-title (unconventionally on top of the headline), cover both pages of the double page spread, so it really stands out and shows the reader exactly what’s going on. As it’s a news page, this is also important to capture the audience as soon as possible otherwise they may not be interested in the text, and it is the headline that does this job. The images, as with the review, gives the reader an essence of what it was like to be part of this event (comeback of Pearl Jam). It would be an exciting time for any fan, but the majority of these fans may not have been part of this event. Therefore, this page is not only informative as a news page, but as a review to the event [comeback] as a whole. The text is both informative and entertaining, giving insight into the band’s background, e.g.: “First hitting our shores in 2007,” etc, whilst still giving random information such as the front man stumbling across Big- Brother. This is something that Kerrang! Magazine seems to do in particular, injecting humour into the majority of their pieces, which makes for a very entertaining read. The feedback box is a feature also seen in abundance in Kerrang! Magazine. It makes the features more engaging and personal and gives the articles another dimension.

8 3. The target audience is both genders, aimed more at the age group as opposed to genders, but again the majority of my sample got it right so I felt like there was no need to change anything in terms of aiming at specific genders. 4. In this multi-part question the things that came out negative were the layout of the article (on my double page spread) and the amount of images on the page. To correct this I put my article into bigger boxes so the text was easier to follow, and I decided not to change the amount of images due to there not being enough room on my page, and in my opinion it would have looked to crowded and messy.

Download ppt "Daniel Ostrowski RESEARCH (PART 2). The dominant image of this superstar Ozzy Osbourne instantly catches the attention of the reader. The quote underneath." 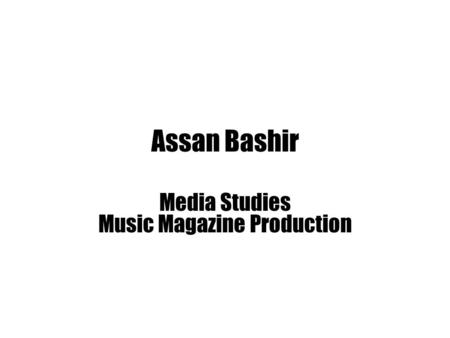 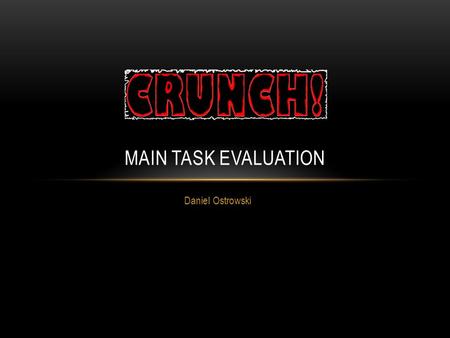