Presentation on theme: "Identical twins are two individuals that are genetically identical. What does this mean? How can a sheep that is 12 years old have an identical twin who."— Presentation transcript:

2 Identical twins are two individuals that are genetically identical. What does this mean? How can a sheep that is 12 years old have an identical twin who is 4 years old?

3 Anyone who had never seen dogs before might assume that the breeds were different species: the greyhound so fast; the schnauzer’s hunting ability; the German shepherd’s intelligence and loyalty. How did they become so different?

4 Selective breeding Humans have been selectively breeding plants and animals for thousands of years, always looking to make them more of what we want. Selective breeding takes advantage of naturally occurring genetic variation in plants, animals and other organisms, to pass desired traits on to the next generation.

6 Hybridization Hybridization is the crossing of dissimilar individuals of the same species to bring out the best in both of them. Hybrids, the individuals produced by such crosses, are often hardier than others of that species. Burbank crossed the most disease-resistant plant with the best food producer.

7 Inbreeding To keep the desired traits of a breed, breeders often use a technique known as inbreeding which is the breeding of individuals with similar characteristics (ex. dogs). What are the risks?

8 Increasing variation Plants and animals in the wild are very diverse. Sometimes breeders want to increase the diversity. They do this by inducing mutations using chemicals and radiation. Risky but, occasionally, successful. (i.e.: development of hundreds of useful bacteria strains, polyploid plants)

13 Once a fragment of DNA is obtained, how can DNA fragments be separated and analyzed? One way: gel electrophoresis

15 3.Gel electrophoresis: A mixture of DNA fragments is placed at one end of a electrophoresis tray that contains a porous gel. An electric voltage is applied to the gel. When the power is turned on, DNA molecules, which are negatively charged, move toward the positive end of the gel. The smaller the DNA molecule, the faster and farther it moves.

16 The molecules are separated and then lined up by length and the colours or bases are recorded.

18 Using the DNA Sequence Once DNA is in a manageable form, its sequence can be read, studied and even changed. Knowing the sequence of DNA allows researchers to work with specific genes and to discover the functions of them.

19 Some techniques researchers use when working with DNA Reading the sequence: A single strand of DNA of which the sequence is not known is placed in a test tube. DNA polymerase and nucleotides with the four different bases are added. Some of the bases are dyed. The complimentary nucleotides will attach. Every time a dyed base is added the synthesis is terminated.

20 In this way, the sequence is read.

22 Making copies of DNA Polymerase chain reaction (PCR) allows biologists to make many copies of a gene. At the beginning and at the end of the fragment to be copied, a short piece of complementary DNA is attached. These short pieces are called primers. They provide a spot for DNA polymerase to start working.

23 The DNA fragment which is to be copied is heated, which separates the strands, allowing the primers to bind to a single strand, then cooled. DNA polymerase attaches to the single strands at the primers and start making copies. The copies then make copies and so on…

24 The DNA polymerase used in this process has to be heated and cooled repeatedly. (It comes from an ancient bacteria living in the hot springs of Yellowstone National Park.)

26 Transforming bacteria (adding another organism’s DNA or synthetic DNA to that of the bacteria) Some bacteria have circular strands of DNA called plasmids. (as well as another strand of DNA)

27 Plasmids have 2 characteristics that make it relatively easy to replicate foreign DNA: – Plasmid DNA replicates frequently. – Plasmids have an easily identifiable genetic marker, (a gene that makes it possible to tell the bacteria that carries the foreign DNA from those that don’t.

29 What have genetically engineered bacteria been used for?

30 Transforming Plant Cells (3 ways) 1. By transforming plasmids from bacteria and then introducing those bacteria into the plant cells. 2. By removing the plant cell’s walls. Sometimes these plant cells will then take up the foreign DNA on their own. 3. DNA can sometimes be injected directly into the cells.

31 If a method is successful and transformation occurs, the recombinant DNA is integrated into one of the chromosomes of the cell.

35 Watch this video carefully; it moves along pretty quickly but really does demonstrate how cloning is accomplished. How to clone a sheep

36 The next video provides a discussion of the state of the technology and results of cloning and introduces some ethical issues that society faces with regard to cloning (and other genetic engineering techniques). Cloning

Download ppt "Identical twins are two individuals that are genetically identical. What does this mean? How can a sheep that is 12 years old have an identical twin who." 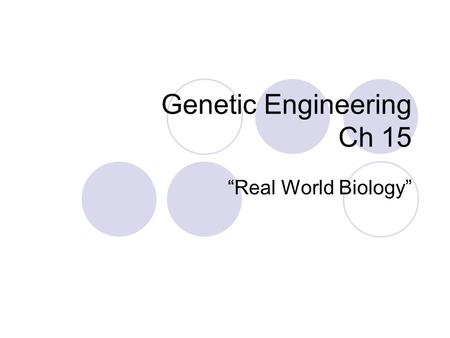 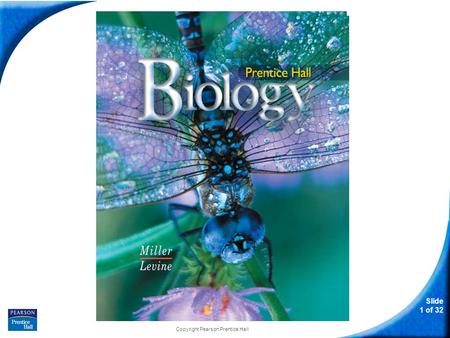 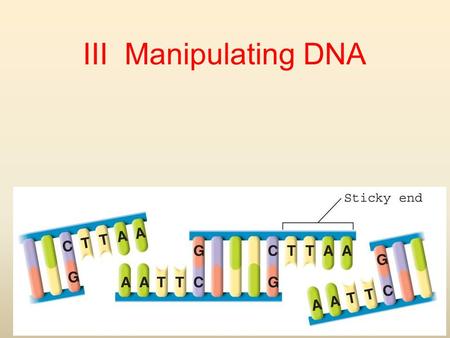 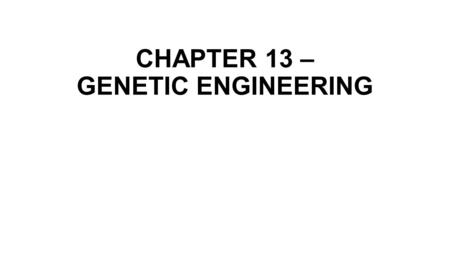