2 Thursday, 3/1 Write your homework in your agenda
Write and answer the following question on page 131: What is a tariff?

3 Economic Systems An economic system describes how a country’s economy is organized. because of the problem of scarcity, every country needs a system to determine how to use its productive resources An economic system must answer three (3) basic questions…

6 Traditional Economy an economic system in which economic decisions are based on customs and beliefs People will make what they always have made and will do the same work their parents did. exchange of goods is done through bartering (trading without using money)

9 Command System government makes all economic decisions & owns most of the property governmental planning groups determine such things as the prices of goods/services & the wages of workers This system has not been very successful & more and more countries are abandoning it.

11 Command System countries with communist governments have command economies Examples: Cuba former Soviet Union North Korea *Germany and Russia have moved away from having a command economy since Now they have a mixed economy.

12 Market Economy an economic system in which economic decisions are guided by the changes in prices that occur as individual buyers and sellers interact in the market place A.k.a: Based on what the people want! And how much they’re willing to pay! most of the resources are owned by private citizens economic decisions are based on free enterprise (competition between companies)

14 Market Economy There are no truly pure market economies, but the United States is close.

15 Mixed Economy Market + Command = Mixed
There are no pure command or market economies. To some degree, all modern economies exhibit characteristics of both systems and are often referred to as mixed economies. Most economies are closer to one type of economic system than another. Businesses own most resources and determine what and how to produce, but the government regulates certain industries.

18 Which economic system is best?
The market system has proven to be best because it promotes the goals of growth, freedom, & efficiency. Citizens are free to own their own property and use it in the most efficient and profitable way. Command and traditional systems sometimes offer more security but are not nearly as strong in efficiency, growth, freedom, and environmental quality. 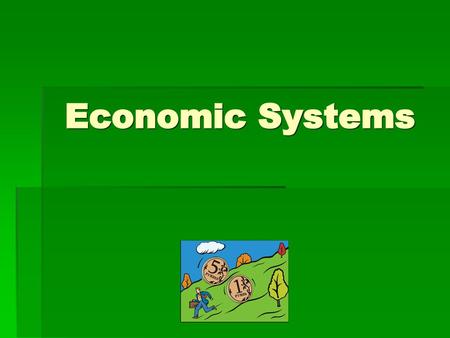 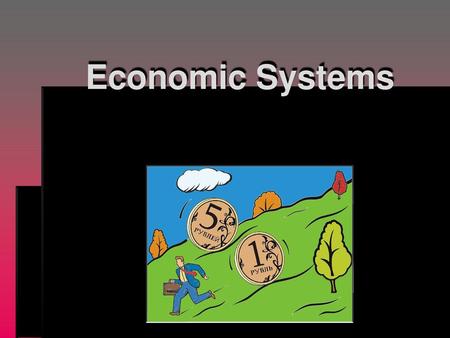