2 Newton’s 1st Law An object at rest will remain at rest, and an object in motion will remain in motion unless acted on by an outside force Inertia – the tendency of an object to continue its current state of motion, at rest or motion Example: pulling a tablecloth out from under the table setting, or a car running into a wall

3 Newton’s 1st Law If the car were to abruptly stop and the seat belts were not being worn, then the passengers in motion would continue in motion. The passengers would likely be propelled from the car and be hurled into the air becomes projectiles and continue in projectile-like motion.

4 Newton’s 1st Law In this example, the ladder continues in motion because no outside force changes its original motion, until the ladder hits the ground.

6 Newton’s 2nd Law It is obviously takes less force to make the ball accelerate because the ball has less mass.

11 Newton’s 3rd Law For every action there is an equal but opposite reaction ***Action and reaction forces are applied to different objects  These forces occur in pairs at the same time, but do not cancel out! Example: rocketry 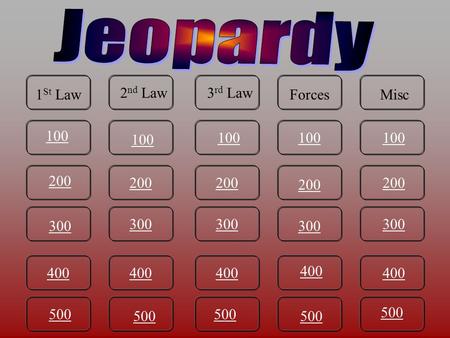 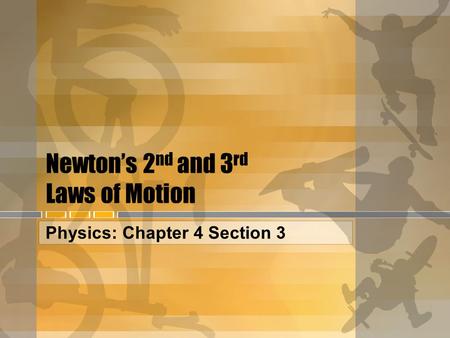 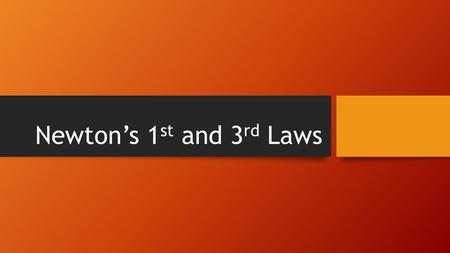 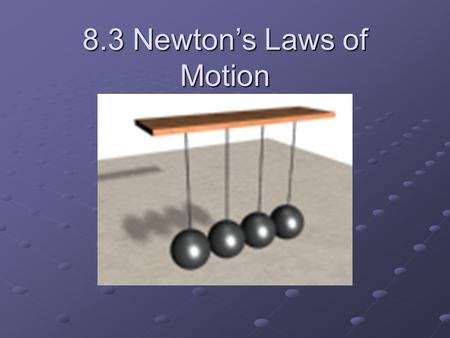 8.3 Newton’s Laws of Motion. First Law of Motion An object at rest remains at rest and an object in motion keeps moving – unless acted on by a force. 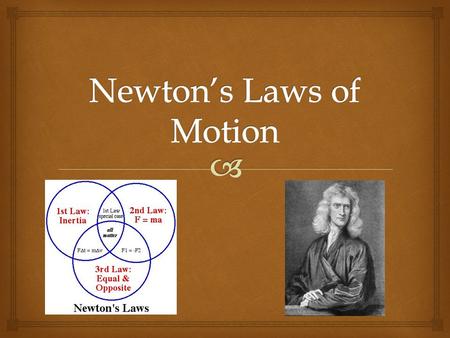 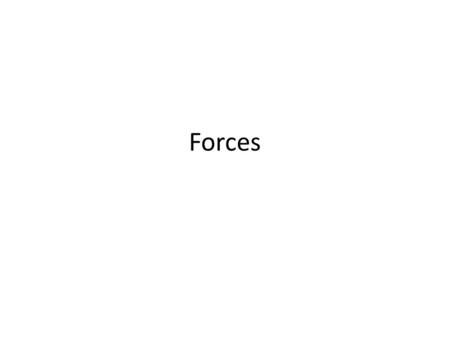 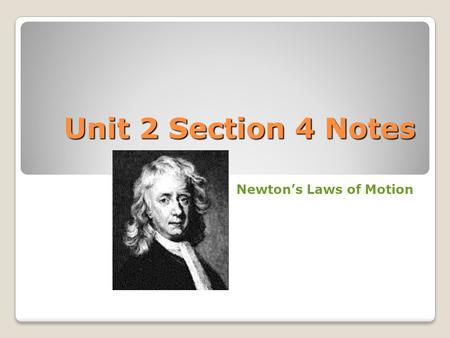 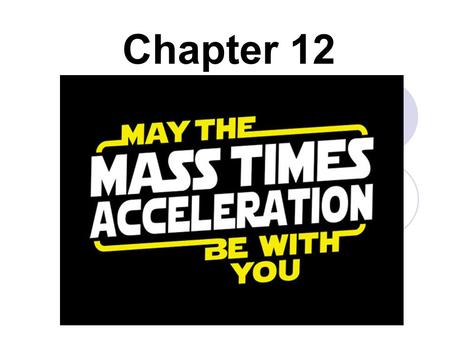 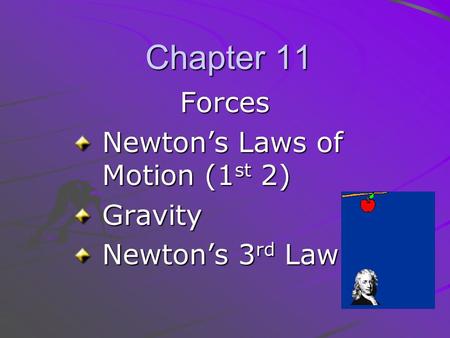