Presentation on theme: "Two national languages In Finland two languages at least 900 years For 700 years Finland was an integral part of the Swedish kingdom From 1809 a self-governing."— Presentation transcript:

2 The linguistic rights The new constitution of 2000 reconfirmed Finnish and Swedish as national languages “The right of everyone to use his or her own language, either Finnish or Swedish, before courts of law and other authorities, and to receive official documents in that language, shall be guaranteed by an Act.”

4 The Language Act The new Language Act entered into force on 1 January 2004 The purpose of this Act is to ensure the constitutional right of every person to use his or her own language either Finnish or Swedish, before courts and other authorities An authority shall ensure and on its own initiative that the linguistic rights of private individuals are secured in practice

9 STRATEGY FOR THE NATIONAL LANUAGES OF FINLAND / 1 The present Government programme includes a commitment to draft a Strategy for the National Languages, the first of its kind in Finland. The drafting of the Strategy was one of the flagship projects of the present Government. The Strategy was prepared under the leadership of the Prime Minister and was adopted in December 2012. The aim is to safeguard a future for Finland´s two viable national languages. Showing clear political will in this respect can be seen as the first achievement of the project.

10 STRATEGY FOR THE NATIONAL LANUAGES OF FINLAND / 2 The starting point is that the current legislation – the Constitution, Language Act etc – is up to date, but that challenges remain in the area of implementation. The Strategy contains both long term objectives as well as practical tools aimed at enhanced implementation. Developing immersion teaching was highlighted as a special area of emphasis during the preparation of the strategy. This is based on the need to develop long term solutions to safeguard adequate language skills. The Minister´s recent trip to Canada provided valuable food for thought in this respect, but Finland also has its own positive experiences in terms of immersion teaching.

11 STRATEGY FOR THE NATIONAL LANUAGES OF FINLAND / 3 To enhance implementation, new contact persons have been nominated in all Ministries, and they together form a network to coordinate actions. The practical tools in particular have been well received in practice. These include: –Guidance as to how authorities should signal their use of bot national languages. –Language legislation in projects and working groups –Communication issues –Publications including language legislation in on-line publications. –Language Act in procurement procedures –Language skills in recruitment –Contact persons of Ministries, a model

Download ppt "Two national languages In Finland two languages at least 900 years For 700 years Finland was an integral part of the Swedish kingdom From 1809 a self-governing." 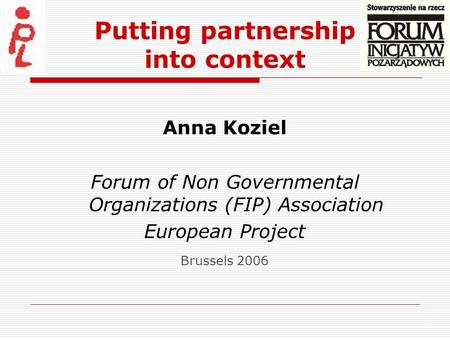 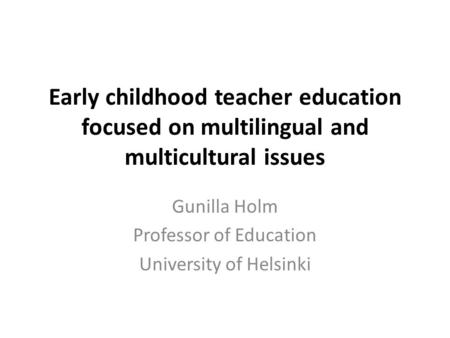 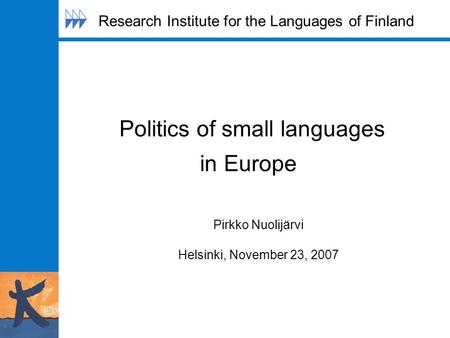 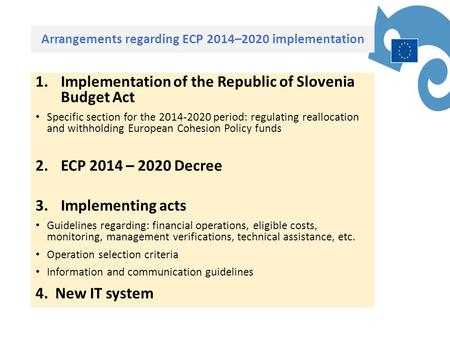 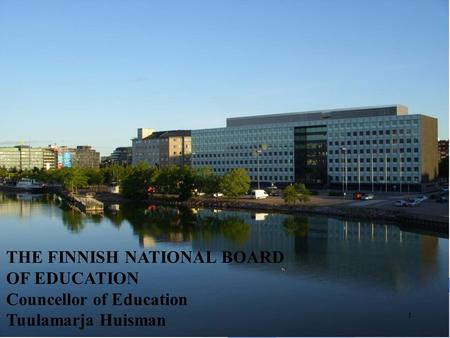 THE FINNISH NATIONAL BOARD OF EDUCATION Councellor of Education 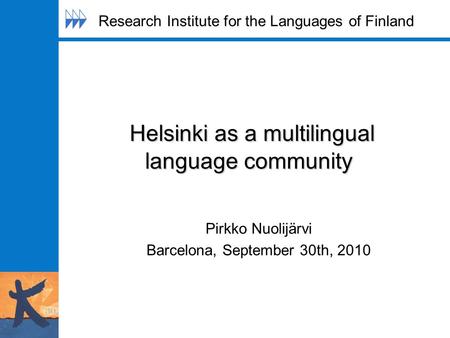 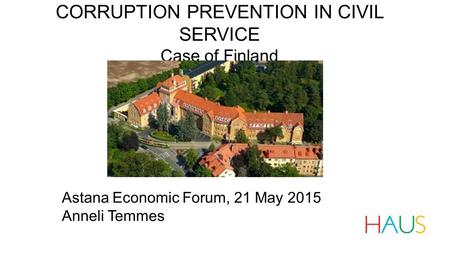 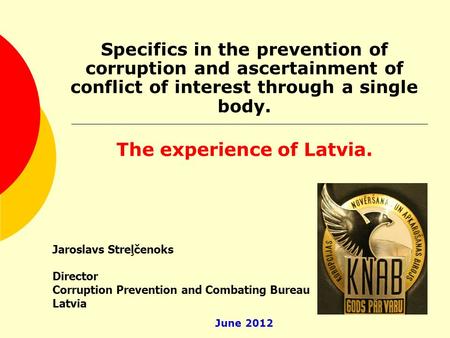 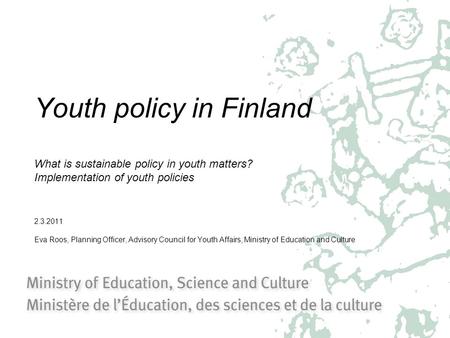 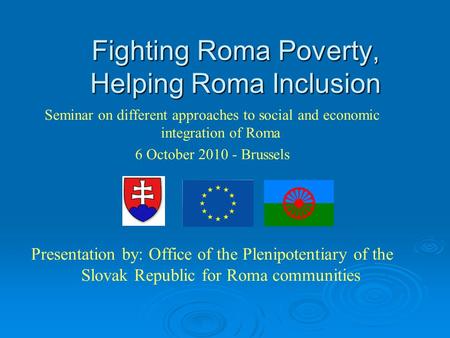 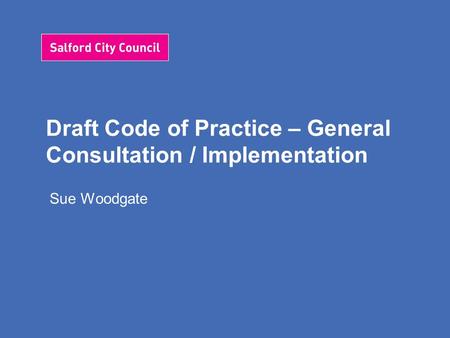 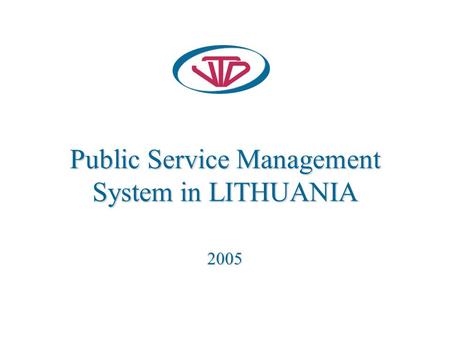 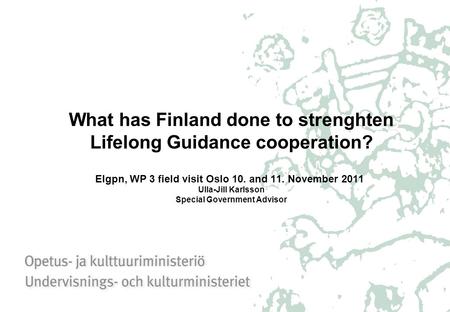 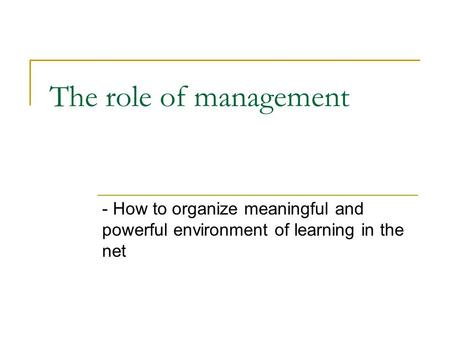 The role of management - How to organize meaningful and powerful environment of learning in the net.