2 Facing the World: Foreign and Defense Policy
Foreign policy includes the techniques and strategies used to achieve external goals, as well as the goals themselves. Some of the techniques used in carrying out foreign policy include: diplomacy—the total process by which states carry on political relations, economic aid—assistance to other nations in the form of grants, loans, or credits to purchase goods, and technical assistance—sending experts with technical skills in agriculture, engineering, or business to aid other nations

3 National Security and Diplomacy
National security: the protection of the independence and political and economic integrity of the United States. Defense policy includes the directing of the scale and size of the American armed forces and considers the types of armed forces we need, how many wars we need to be prepared to fight simultaneously, and the type of weaponry that will be required. Diplomacy is the total process by which states carry on political relations with each other.

4 Morality Versus Reality in Foreign Policy
Moral Idealism This view of the world sees nations as normally willing to cooperate and agree on moral standards. Political Realism This principle supports a strong military and a willingness to make deals with dictators. American Foreign Policy—A Mixture of Both Every president has based his foreign policy on both of these principles, though some have tended to stress one or the other of the two

5 Challenges in World Politics
The Emergence of Terrorism Terrorism and Regional Strife Terrorist Attacks against Foreign Civilians September 11 The War on Terrorism Military Responses A New Kind of War Bush has enunciated a new doctrine of “preemptive war” to deal with terrorism.

6 War in Iraq Saddam Hussein’s annexation of Kuwait in August 1990 was the most clear-cut case of aggression against an independent nation since World War II. The Persian Gulf—The First Gulf War The Persian Gulf—The Second Gulf War Occupied Iraq The security problem in Iraq Uprisings: Spring 2004

9 The New Power: China American policy has been to engage the Chinese in diplomatic and economic relationships in the hope of turning the nation in a more pro-Western direction. Chinese-American Trade Ties Chinese-American Tensions

11 Who Makes Foreign Policy?
Constitutional Powers of the President War Powers Treaties and Executive Agreements The president appoints ambassadors and decides whether to recognize other governments as legitimate. Informal Techniques of Presidential Leadership These include: accessing information from within the executive branch, influencing the budgetary constraints in all areas of appropriations, economic aid, military aid, and humanitarian aid, using the “bully pulpit” to build public support for his programs, committing the nation to courses of action from which it would be very difficult to back down even if Congress wished to.

13 Congress Balances the President
After the War in Vietnam ( ), Congress sought to restrain the president’s ability to unilaterally commit forces to combat with the War Powers Resolution (1973). Presidents since, however, have often not consulted Congress before committing troops, and that can create a situation in which Congress does not dare recall them. Congress can sometimes take the lead, for example by voting sanctions on South Africa to oppose that nation’s former policy of racial discrimination known as apartheid.

14 Domestic Sources of Foreign Policy
Elite and Mass Opinion Both presidents and elites try to influence that subset of the public that has a strong interest in foreign policy, the attentive public. The Military-Industrial Complex The military-industrial complex is the term that describes the mutually beneficial relationship between the armed forces and defense contractors.

15 The Major Foreign Policy Themes
The Formative Years: Avoiding Entanglements The Monroe Doctrine The Spanish-American War and World War I The Era of Internationalism The Cold War Containment Policy

16 Europe During the Cold War

18 Europe After the Fall of the Soviet Union 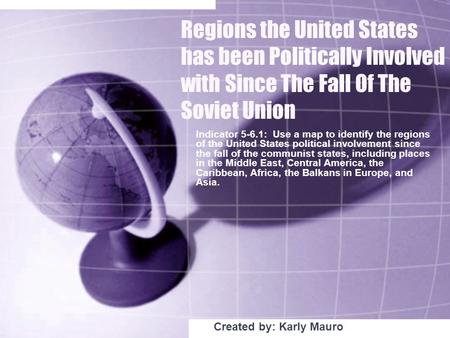 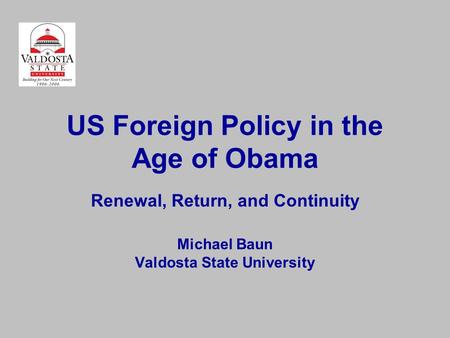 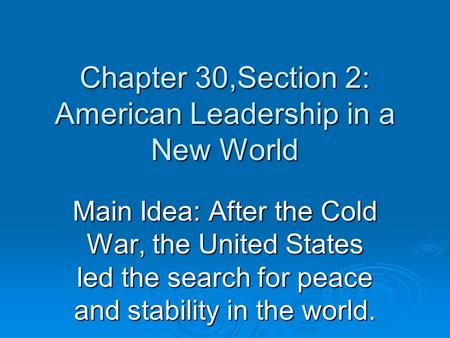 Chapter 30,Section 2: American Leadership in a New World Main Idea: After the Cold War, the United States led the search for peace and stability in the. 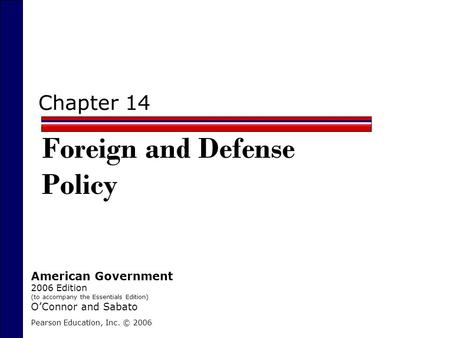 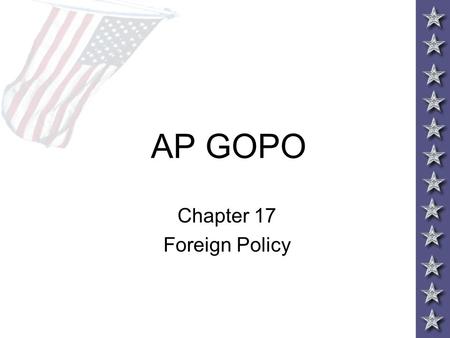 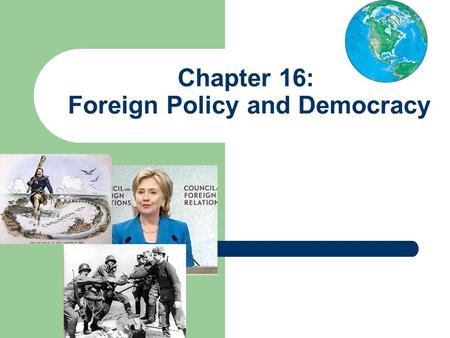 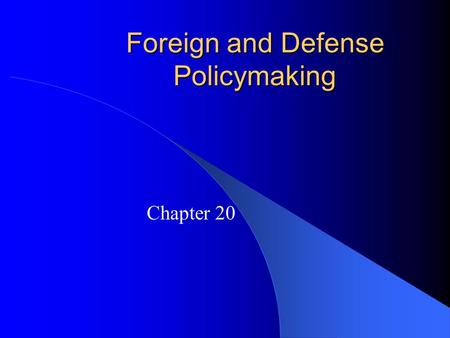 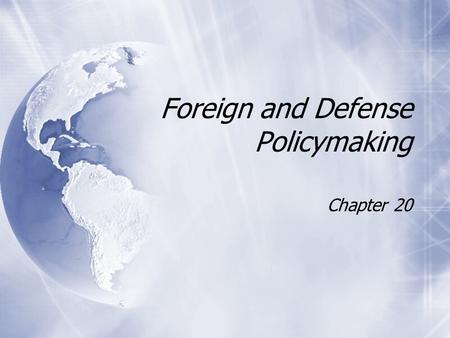