Presentation on theme: "Gender Inequalities What is meant by the term the ‘glass ceiling’. Gender inequalities in earnings and in the gender distribution of ‘top jobs’. How does."— Presentation transcript:

2 The ‘Glass Ceiling’ The ‘glass ceiling’ is the phrase used to describe the invisible barrier that women face when seeking promotion to top jobs. Why does the glass ceiling exist? There is still some evidence of discrimination (sexism) against women in employment although, overall, the situation is improving. Women’s role in having and raising children. Many companies do not offer enough in the way of childcare or flexible working conditions. In 2010, there was a ‘pay gap’ between men and women. For full-time workers, women earn 12% less than men and for part-time workers the figure is 35%.

3 ‘Why Do Women Earn Less than Men?’ Women tend to earn less than men because women: More often take lower paid jobs (the 5 Cs, They are Catering, Caring, Clerical, Cashiering and Cleaning). Women are more likely to take these jobs if they are lone parents. Illegally receive lower pay for same work. Traditional role as mother / carer holds them back in employment and or promotion. More likely to work part-time.

5 The 5Cs CateringCashiering CleaningCaring Clerical 75% of catering industry are female.

9 Activities Heading: ‘Gender Inequalities 1.What is the ‘glass ceiling’? 2.Explain two reasons why the ‘glass ceiling’ exists. 3. Explain two reasons why women earn less than men. 4. Women are concentrated in the 5Cs areas of employment. What are the 5Cs? 5. Using the information in the ‘Sex and Power Report’, what evidence is there to show women are failing to achieve equality in the workplace. Reading: “Modern UK Social Issues” pages 30-34.

Download ppt "Gender Inequalities What is meant by the term the ‘glass ceiling’. Gender inequalities in earnings and in the gender distribution of ‘top jobs’. How does." 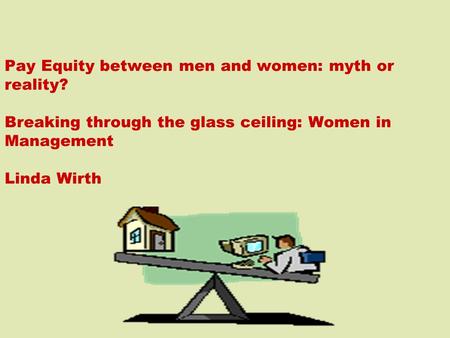 Pay Equity between men and women: myth or reality? Breaking through the glass ceiling: Women in Management Linda Wirth. 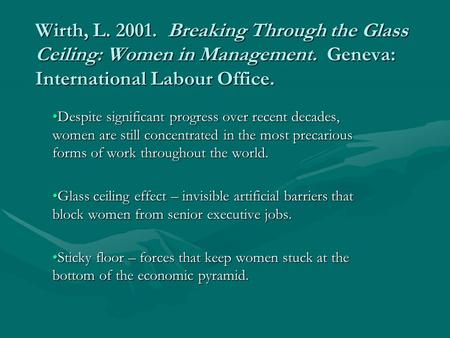 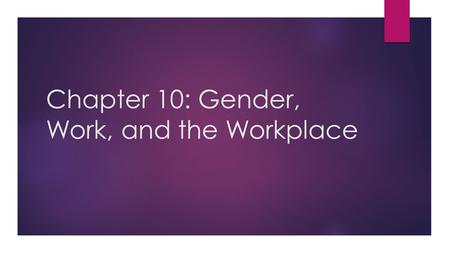 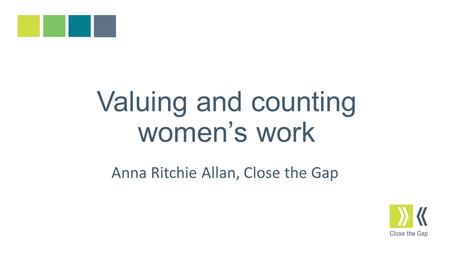 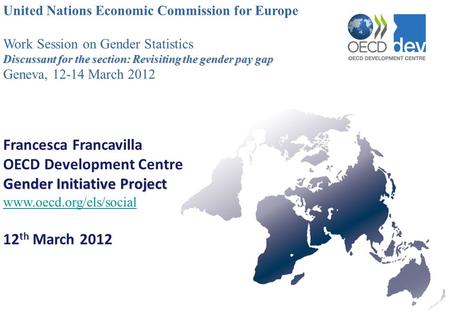 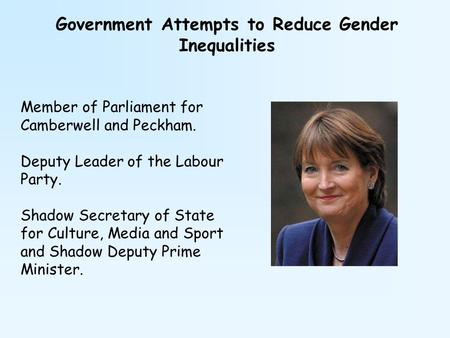 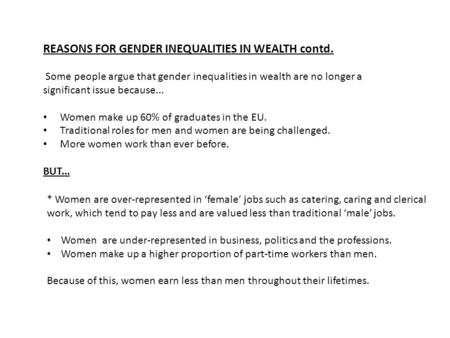