3 I. Nations of the World A. Governmental units 1. State: independent unit that occupies a specific territory and has full control of its internal and external affairs (country) 2. Nation: a group of people with a common culture living in a territory and having a strong sense of unity 3. Nation-state: occurs when a nation and state occupy the same territory 4. Is possible to have a nation and no territory = Palestinians, Kurds… (see map )

4 B. Types of Government 1. Democracy: citizens hold power either directly or through elected representatives. (US) 2. Monarchy: ruling family headed by a king/queen – may/may not share power with citizen bodies (UK or Saudi Arabia) 3. Dictatorship: individual or group holds complete political power (North Korea, Afghanistan) 4. Communism: (economic system too) political power and means of production are held by the government in the name of all the people

5 II. Geographic Characteristics of Nations A. Size 1. Sometimes large size = large wealth and power but not always 2. Example: England of the UK B. Shape 1. Fragmented like Japan (islands) 2. Compact like Germany or long like Chile 3. Can make it easy/harder to be governed C. Location 1. Landlocked: surrounded by land with not direct outlet to sea = issues over transportation of goods (Ex: Bolivia) 2. Compare to Singapore – tiny but is a major port because it is on a coast 3. Surrounded by hostile neighbors? Issues with protection and security!

6 III. National Boundaries A. Natural Boundaries 1. Based on physical features of the land 2. Such as rivers, lake, or chains of mountains 3. Ex = Rio Grande River – border of Mexico and part of US (Texas) B. Artificial Boundaries 1. Fixed line generally following latitude or longitude lines 2. Ex = 49˚N latitude separates US from Canada 3. Issues: colonial powers in Africa established boundaries without reference to traditional lands of the African people… led to civil war!

8 Government: The institution through which a society makes and enforces its public policies. Public Policy: All of the many goals that a government pursues in all of the many areas of human affairs in which it is involved. Constitution: The body of fundamental laws setting out the principles, structures, and processes of a government. (Highest Law in the Land!) Socialism: A philosophy (and economic system) based on the idea that the benefits of economic activity should be fairly distributed. 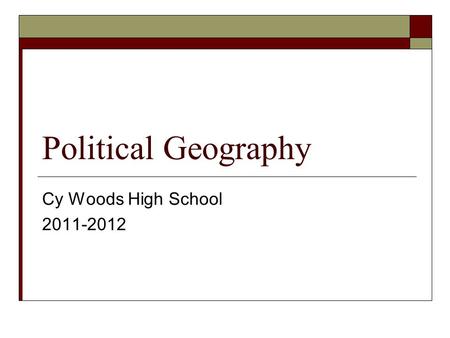 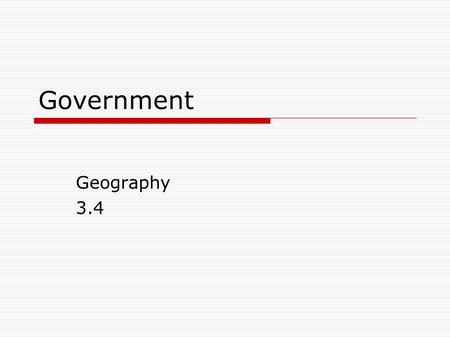 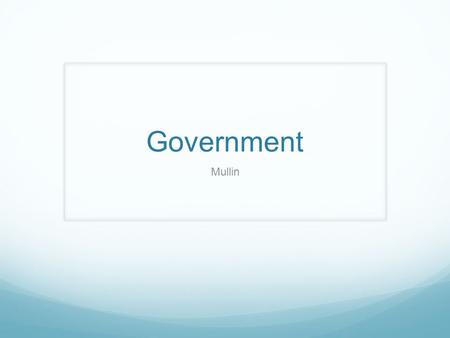 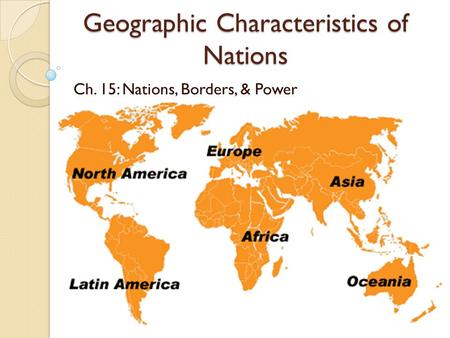 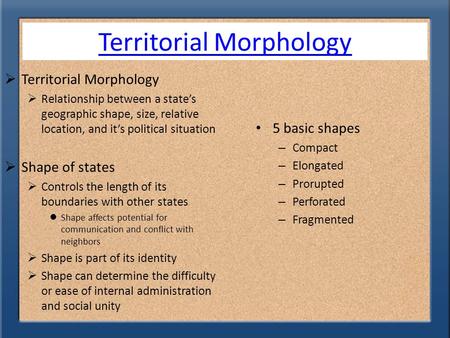 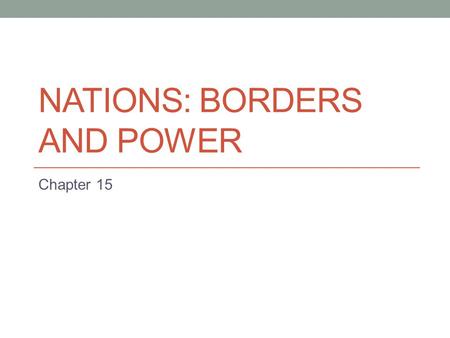 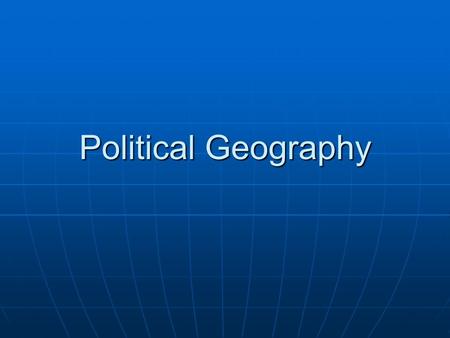 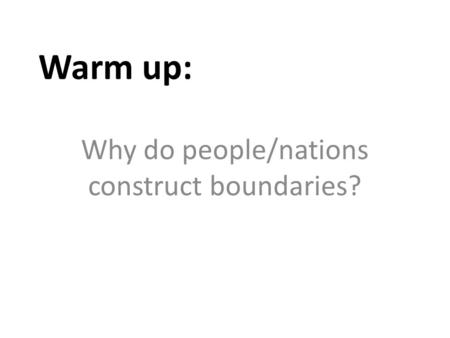 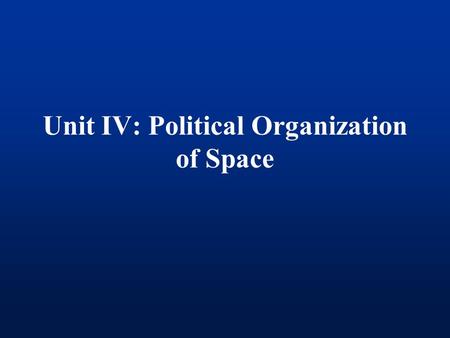 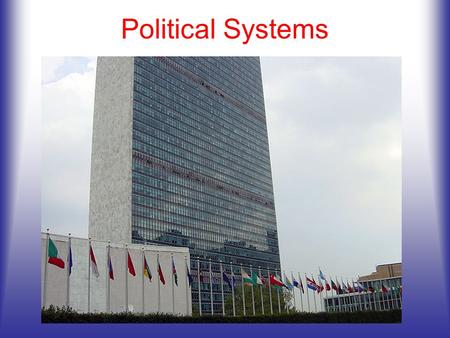 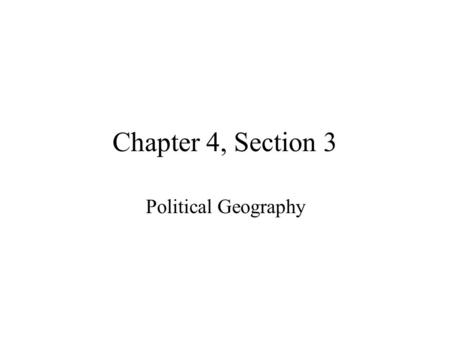 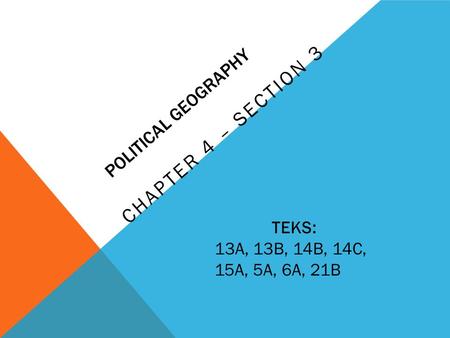