Presentation on theme: "Chapter 9: The World of Polymers and Plastics"— Presentation transcript:

1 Chapter 9: The World of Polymers and Plastics
Why is plastic so important? What happens to recycled plastics and polymers? Are there downsides to recycling?

2 What do you think of when you hear the word “plastic”?
Rayon Nylon Lycra polyurethane Teflon Styrofoam Saran

3 Polymer – very long molecules composed of one or more repeating units.
From 'poly' meaning 'many' and 'mer' whose root means 'unit' A monomer is the building block of a polymer. Different monomers may be used together to enhance/modify a polymers properties.

4 Plastics are polymers. What is a polymer?
Polymers are large molecules made up of long chains of atoms covalently bonded together. Monomers (from mono meaning “one” and meros meaning “unit”) are the small molecules used to synthesize the polymeric chain, like a strand of paper clips. 9.1

5 There are thousands of natural and man- made polymers.
Each of these may have variety of properties, including melting point, strength, reactivity... Each polymer is one molecule and may have 50,000 or more atoms or repeating units.

6 Polymers have been with us since the beginning of time.
Natural polymers include such things as cellulose, starch, tar and shellac, tortoise shell and horns, as well as tree saps that produce amber and latex. These polymers were processed with heat and pressure into useful articles like hair ornaments and jewelry. Natural polymers began to be chemically modified during the 1800s to produce many materials. The most famous of these were vulcanized rubber, cotton, and celluloid. The first semi-synthetic polymer produced was Bakelite in 1909 and was soon followed by the first synthetic fiber, rayon, which was developed in 1911. 9.1

9 The properties of a polymer depend on:
The composition of the polymer backbone Functional groups attached to the backbone The polymerization process How the polymer is formed into its final form: solid plastics fibers rope

10 The polymer backbone can have a variety of compositions.
There are six main classes of man made polymers, but thousands of sub-classes. The backbone may be one long continuous strand (though actually coiled like tangled yarn) It may also be branched, like many strings knotted together Some backbones may be more straight, some more rigid, some stronger than others, and some more stable at higher temperatures.

11 Functional groups are small molecules attached to the backbone.
Some of the properties they can affect are: Chemical reactivity Polymer strength Color Solubility Melting point Cross-linking (chemically bonding one polymer to another)

12 styrene monomer The polystyrene foam used for Styrofoam cups is made by the same addition process. 9.4

13 One way to differentiate between polymers is to look at their functional groups – distinctive arrangements of atoms that impart characteristic chemical properties to the molecules that contain them. 9.5

15 Three more polymers that make up the “Big Six”:
How do we make sense of these representations? What makes one polymer different from another? 9.4

17 The polymerization may be adjusted to control parameters such as:
Polymer length Frequency/length of branches Order and type of monomers in the backbone

18 Post treatment also can affect the properties of the final material.
First, remember that a polymer sample contains many polymer molecules. If formed into a string and stretched, the molecules align and maximize their strength, though this increases stiffness also. Larger diameter fibers are stiffer, but small fibers may be combined to form more flexible strings or cords.

19 Stretching or “necking” a plastic bag
(b) Represents the molecular rearrangement as PE is stretched (a) Pulling on a piece of PE Dispersion forces (intermolecular forces) are attractions between molecules in the polymer that hold the material together. 9.3

20 Stretching or “necking” a plastic bag
(b) Represents the molecular rearrangement as PE is stretched (a) Pulling on a piece of PE Dispersion forces (intermolecular forces) are attractions between molecules in the polymer that hold the material together. 9.3

22 Thermoplastic polymers – may be melted and reformed or reshaped.
Shorter molecules, more branching, less cross-linking and less intermolecular forces all lower the melting points of polymers. These polymers may be more easily recycled by melting the object, though there is some degradation of the structure with remelting.

23 Very long polymers or heavily cross-linked polymers often cannot be melted.
These are called thermosetting polymers. They are difficult to recycle since they cannot be melted and reshaped. Polymers in car tires, for example, are basically cross- linked to form one huge molecule. They may be cut into pieces for alternate uses, or possibly depolymerized (a difficult process)

24 Composition of municipal solid waste:
100 billion pounds of plastic is produced in the U.S. each year – much of this ends up in landfills. 9.7

26 Source Reduction and Reuse (in addition to recycling):
9.8

Download ppt "Chapter 9: The World of Polymers and Plastics" 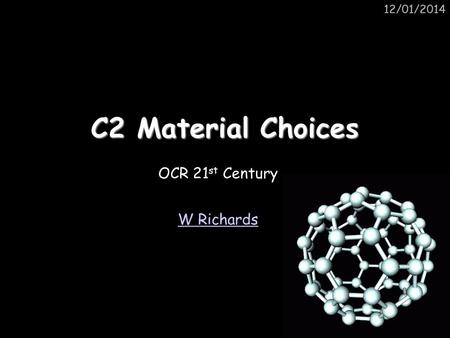 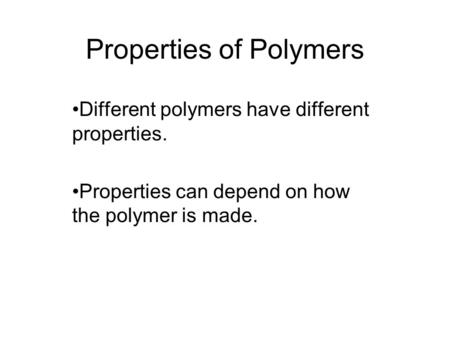 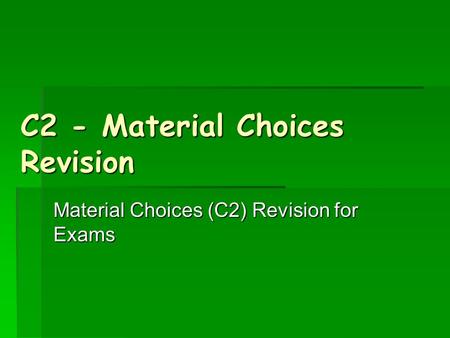 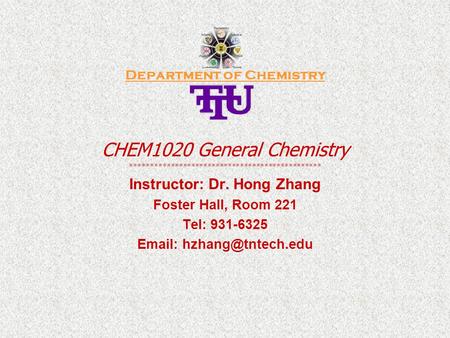 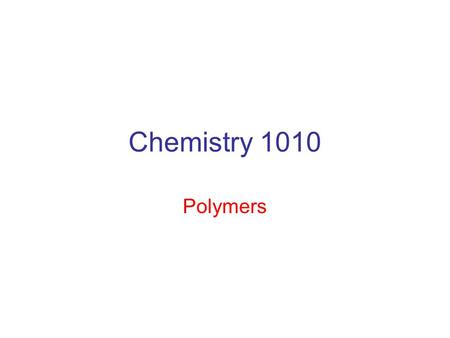 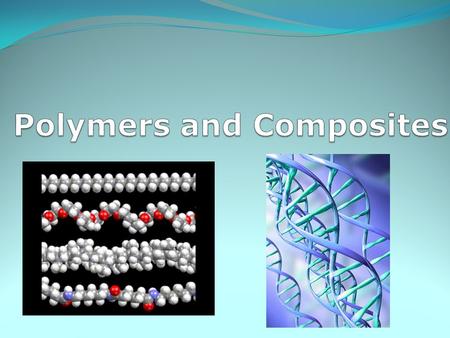 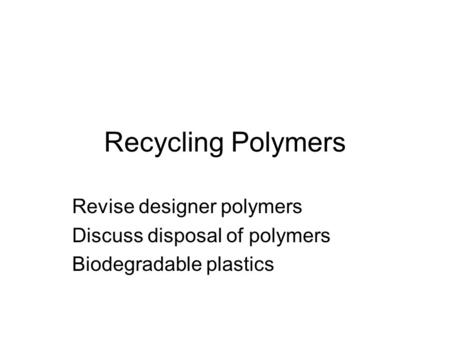 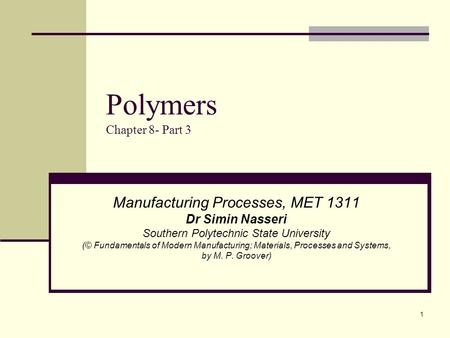 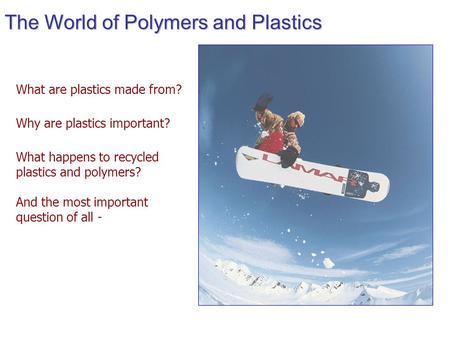 The World of Polymers and Plastics 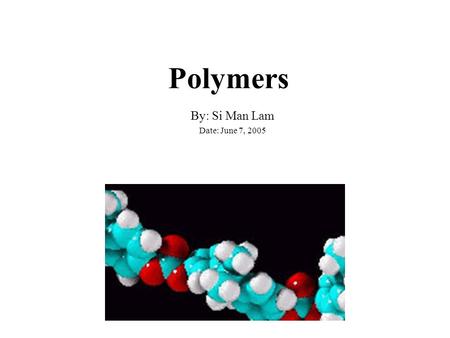 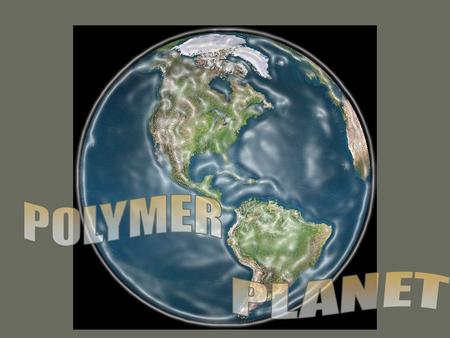 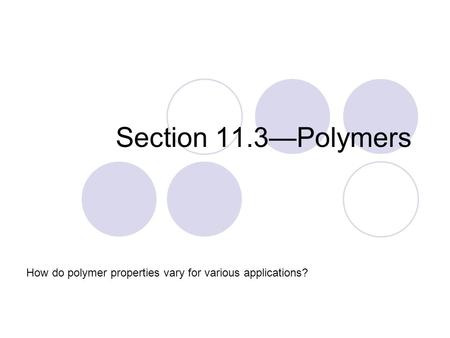