Presentation on theme: "By Maria Tomas Period 6. Interstellar Cloud At the very beginning, there was a variety of gases floating around in the solar system/universe called the."— Presentation transcript:

4 Protosun Materials which fell inwards lost their gravitational potential energy, which instead turned into kinetic energy The dense materials charged with kinetic energy would crash into each other, thereby causing the gases to heat up. However, the materials were not yet a sun; they were a protosun, a sun that is still forming. A protosun

5 Sun From the protosun, eventually, the gas/materials became hot enough for nuclear fusion to occur and bind together in a single mass, thus creating the sun as we know it (the sun is a dense mass of gas which uses nuclear fusion for its source of energy). This is when the modern sun was born. The sun

6 Protoplanetary Disk A protoplanetary disk is a disk of clouds/gas/etc. surrounding a newly-formed young sun (in this case, the sun of this solar system) This disk formed due to the gravitational pull of the sun/protosun in the center of the system It rotated around the sun/protosun in a circular/elliptical motion, much like how the modern planets rotate around it today, except they are planets and not materials/gas A protoplanetary disk surrounding a star

7 Condensation From the protoplanetary disk, the gases and dust eventually condensed and became bigger masses. The gases condensed and became larger objects by the process of accretion, that is, the attracting of smaller objects by larger objects through gravitational pull and mass attraction. A part of accretion is also the conversion of kinetic energy into thermal energy when the objects collide. By having all this thermal energy, the colliding materials stick together and are able to form larger masses. For example, a small dust particle formed out of gas would attract more dust particles and gas to itself or be attracted to an object that has more gravitational/mass attraction than it does, and they will bind together due to the heat created by the collison. They also came together/collided into each other because of accelerating faster in the protoplanetary disk, thus giving their more kinetic energy to crash into other objects Accretion of a smaller object into a larger object

9 Jovian Planets The Jovian planets (Saturn, Neptune, Jupiter, Uranus, etc.) formed by the process of accretion and nebular capture. After the Jovian planets were formed through the process of accretion, like the terrestrial planets (although with ice and rock rather than rock and metals), they ended up having a rather large mass. Due to their large mass, they had a strong gravitational pull, causing gases to surround them and be attracted to them, much like the process of gravitational collapse, but on a smaller scale. This process which helped form the Jovian planets is also called nebular capture. In addition to their large mass, they were also further from the sun, which allowed them to be larger than the terrestrial planets and to keep the gases in their gaseous state, since they would not rotate quickly enough/have enough energy to form rocks and metals. Because the Jovians were formed through this process, they are giant planets with a more or less solid core that is surrounded by a multitude of various gases. Jovians also have a large amount of moons because, due to their size, they attract many stray space objects (rocks, asteroids, etc.) and through the process of accretion, some of the objects from together to create moons. Since there are so many small objects orbiting the Jovians, there are many moons. The materials left over from the creation of the Jovians became comets. The Jovian planet, Jupiter The interior of the Jovian planet, Neptune

10 Up to modern day After the formation of the planets and the sun, the planets continued to rotate elliptically around the sun up into modern times. This is how the solar system was created. The end.

Download ppt "By Maria Tomas Period 6. Interstellar Cloud At the very beginning, there was a variety of gases floating around in the solar system/universe called the." 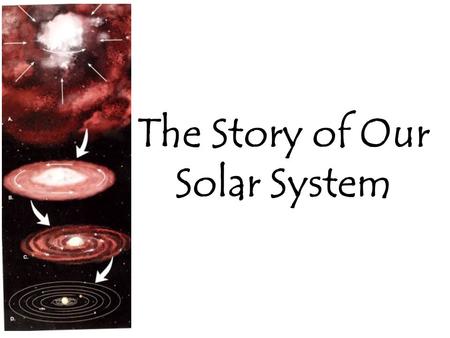 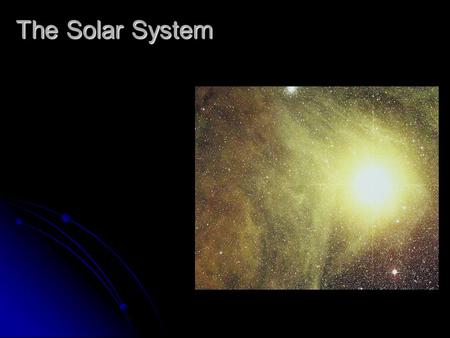 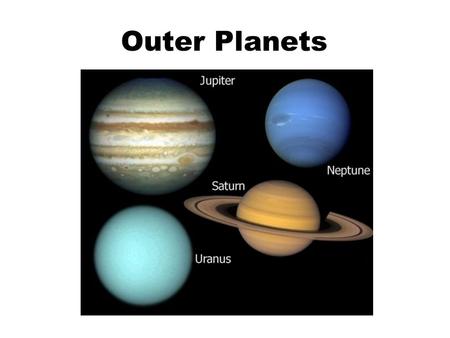 Outer Planets.  The outer planets are called Jovian or Jupiter- like.  Made of gas and are several times MORE massive than the Earth.  Grew to present. 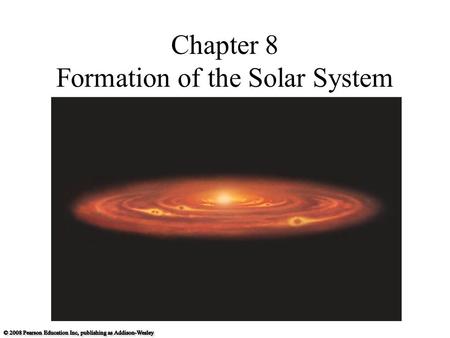 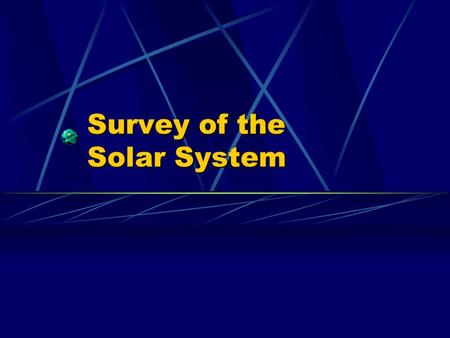