10  Refugees: people who have been forced to migrate from their homes & cannot return for fear of persecution because of race, religion, nationality, membership in a social group, or political opinion

17 Distance of Migration  Ravenstein’s Theory:  Most migrants relocate a short distance and remain within the same country  Long-distance migrants to other countries head for major centers of economic activity 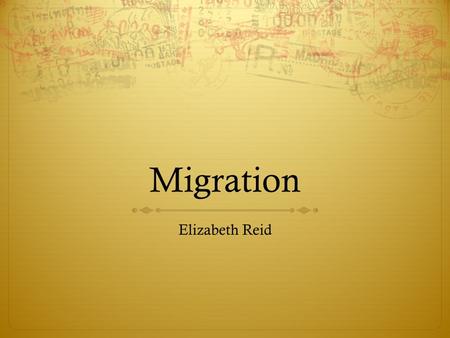