2 A Promise For Tomorrow Lesson A

3 In 1999… Dr. David Satcher declared suicide as a “National Health Problem”… especially within the youth and elderly populations.

4 The Jason Foundation The Beginning… July 16, 1997
Use the Teacher’s Manual to tell Jason’s story. Be sure to preview the story and “tell” rather than read the story.

5 LET’S SEE WHAT YOU KNOW ABOUT THE PROBLEM OF YOUTH SUICIDE.
Hand out Activity Page 1. Wait until students complete it to proceed to the next slide.

14 QUESTION 4 TALKING TO A PERSON ABOUT SUICIDAL FEELINGS MAY CAUSE HIM/HER TO ATTEMPT SUICIDE?

21 Youth Suicide Statistics
Suicide is the third leading cause of death among young people ages 15 to 24. 2. There has been a 300% increase in youth suicides in the past 40 years. 3. There has been a 128% increase in suicides for year olds since 1980. young people lose their lives to suicide each week. 5. More teenagers and young adults die from suicide than from cancer, heart disease, AIDS, birth defects, stroke, pneumonia and influenza, and chronic lung disease combined.

22 A Promise For Tomorrow Lesson B

24 A Promise For Tomorrow Lesson C

25 Just a Bad Day or Something More…
Do you think it is normal to have a bad day? What are some words that describe how you feel on your bad days? Does anyone notice you are having a bad day? If Yes, who? How do you know they notice?

28 Previous Suicide Attempts
Four out of Five completed suicides are NOT the first attempt Physical Mutilation is a sign of wanting to hurt oneself… that can result in suicide. Even if the attempt seems to be “only for attention” take it as a serious attempt. We get very upset at the Foundation when we hear someone refer to a “half hearted” attempt. Why would a student make a half-hearted attempt? As was stated earlier, Do they really want to die” What do they really want?

30 Depression Feeling the “blues” every day for two weeks or longer
Feelings of being alone or of no one caring Sleeplessness or wanting to sleep an abnormal amount of time Eating disorders- eating too much or not enough Sometimes we only think that a depressed person is quiet and withdrawn. Depression, especially in a young person, can exhibit itself by aggressive behavior and outbursts of rage or emotion. There are several behaviors that, if they are out of character for that individual, need to be addressed if nothing more than asking a few questions.

31 Final Arrangements The giving away of “prized possessions” examples: favorite piece of jewelry or clothing, driver’s license, collection, etc. “Making rounds”… the visiting of friends to set things right and say good-bye. Sharing of funeral plans (primarily by girls to a best friend). Sometimes this comes in the form of giving up an activity or interest. I told you that Jason loved football. Not long before his death he decided he didn’t want to play football anymore. This was completely out of character for him. I was in one class and referred to the giving away of jewelry. A young lady on the back row jumped up with eyes wide and said that her friend had given her a necklace the day before. You could see the fear in her eyes. After asking if her friend seemed happy and healthy and had never seemed unhappy, I assured her that she should accept the gift and be happy herself. If that friend had made comments about not wanting to live, and had stopped doing the things she enjoyed and then had given her a necklace that was special, we would need to be concerned. We need to be careful that we are not causing undue concern.

32 A Promise For Tomorrow Lesson D

33 “Choices” Video Presentation
As we watch the video again pay attention to the behavior of Mark and Jan to see if you can identify “signs of concern”. List on a piece of paper all the signs you see. Think about what you know about suicidal ideation. What would you have done before? What would you do now?

34 A Promise For Tomorrow Lesson E

38 Friends Helping Friends
If you see any of the signs mentioned in a friend or a classmate tell someone immediately. Be willing to risk your friendship to save a friend. REMEMBER Your knowledge of suicidal ideation could save someone’s life. Explain and Distribute Promise Cards. 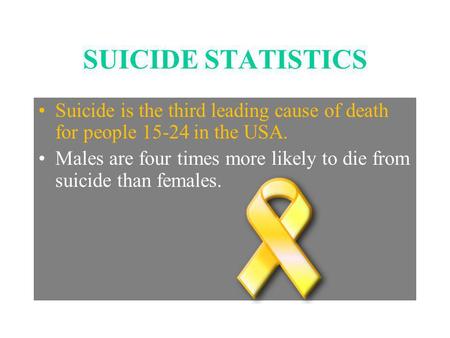 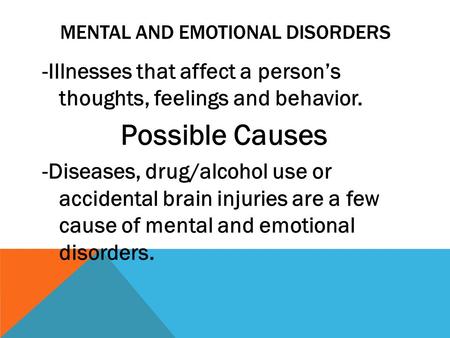 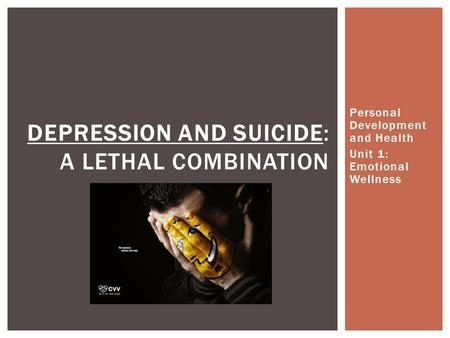 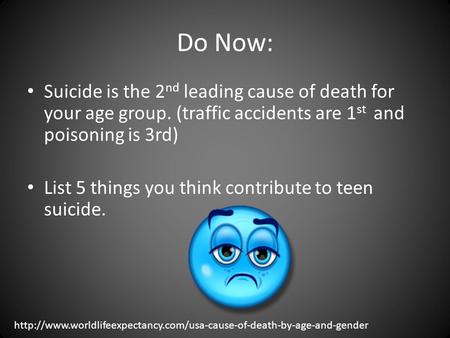 Do Now: Suicide is the 2 nd leading cause of death for your age group. (traffic accidents are 1 st and poisoning is 3rd) List 5 things you think contribute. 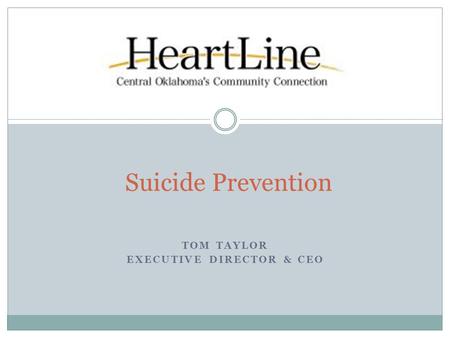 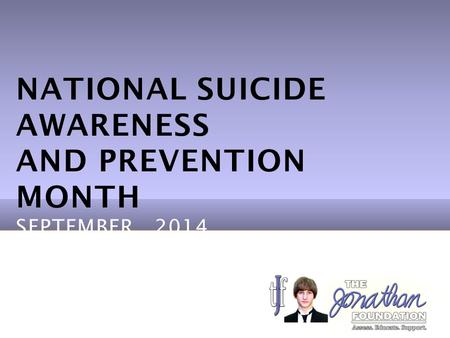 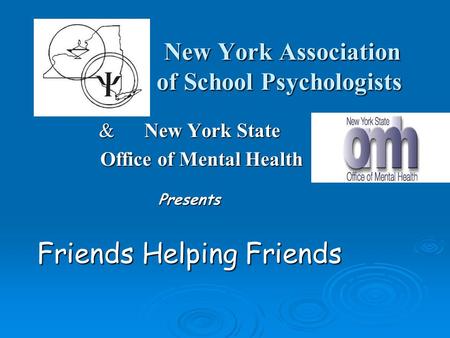 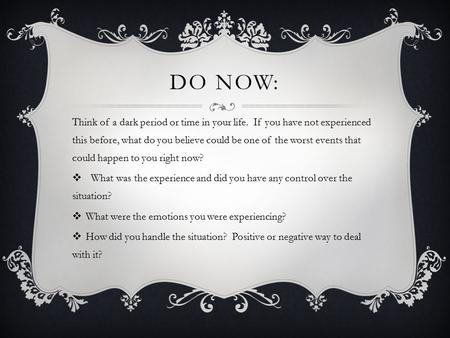 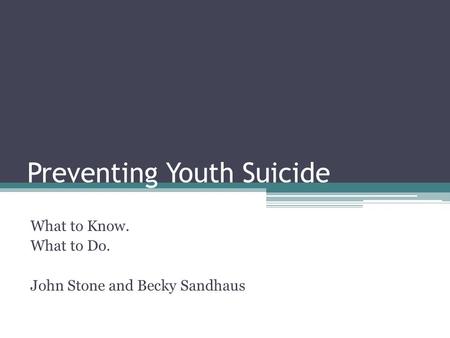 Preventing Youth Suicide What to Know. What to Do. John Stone and Becky Sandhaus. 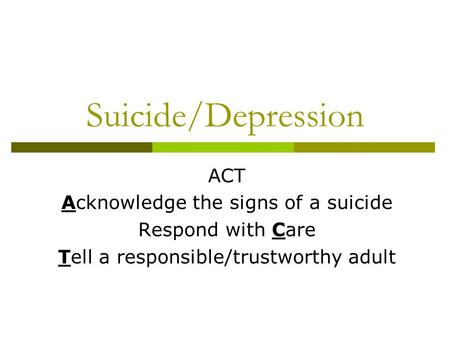 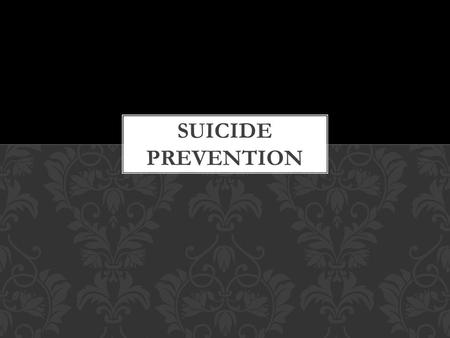 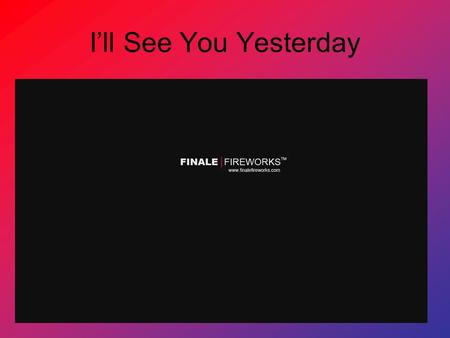 I’ll See You Yesterday. What do these people have in common? They are Young and Old. They are Men and Women. They are middle income to very wealthy.