2 8.1 Genetic Engineers Genetic engineers are scientists who manipulate genes Manipulations include: –Changing a gene –Changing how a gene is regulated –Moving a gene from one organism to another

3 In the early 1980s, genetic engineers at Monsanto ® Company began producing recombinant bovine growth hormone (rBGH ) The bacteria were given DNA that carries instructions for making BGH Growth hormones act on organs to increase body size and milk production Before genetic engineering, the growth hormone was taken from the brains of slaughtered cows and then injected into live cows

4 This can also be done to get human growth hormone from human cadavers –time consuming and results in relatively small amounts of hormone When injected into humans with pituitary dwarfism, they grow in size

7 Regulating Gene Expression Different cells need different proteins made The cells all contain the entire DNA information, but only use the genes they need Cells regulate gene expression, or the types of proteins that are made in that cell “turn on” or “turn off”

8 Cloning a Gene Using Bacteria Step 1. Remove the Gene from the Cow Chromosome The cow gene is sliced out using restriction enzymes leaving “sticky ends” Restriction enzymes cut DNA only at specific sequences, called palindromes “madam” The unpaired bases form bonds with any complementary bases with which they come into contact

9 Cloning a Gene Using Bacteria Step 2. Insert the BGH Gene into the Bacterial Plasmid The bacterial plasmid is also cut with the restriction enzyme, leaving sticky ends –A plasmid is DNA that is separate from the bacterial genome This is now recombinant DNA The enzyme selected by the scientist cuts at both ends of the BGH gene, but not inside the gene

10 Cloning a Gene Using Bacteria Step 3. Insert the Recombinant Plasmid into a Bacterial Cell The recombinant gene is then placed into bacterial cells Large numbers of these rBGH genes are copied

11 The bacteria produce the BGH protein This works, because bacteria use the same genetic code as cows (and all living things) Other proteins are made in this way: Bacteria Produce Human Proteins Like:

12 8.4 Genetic Engineers Can Modify Foods Selective breeding techniques have affected foods for thousands of years Genetic engineering techniques (moving genes from one organism to another), however, allow the modification of food much more quickly

15 Modifying Crop Plants with the Gene Gun A device called a gene gun inserts pellets covered with foreign DNA into the cells of such crop plants as corn, barley, and rice

16 Genetic Engineers Can Modify Food Transgenic organisms are produced when a gene from one organism is incorporated into the genome of another The more popular term for transgenic organisms is GMO, for genetically modified organism

17 Genetically Modified Foods in the U.S. Diet Half of all food in U.S. market contain at least some GM foods –Most soybeans grown are modified for herbicide resistance –GM corn – an ingredient in most processed foods – is common as well –GM canola and cottonseed oils are used in a huge range of food products

18 How Are GM Foods Evaluated for Safety? The EPA must approve all GM crops GM foods can cause allergic reactions (8% of us are allergic to foods) Newly inserted genes may also encode proteins that prove to be toxins

19 GM Crops and the Environment Concerns over GM crops extend beyond their impact on the human body: –Effect on surrounding organisms –The evolution of resistant pests –Transfer of modified genes to wild and weedy relatives –Decreased genetic variation/diversity

24 Gene Therapy Genetically engineering somatic cells requires repeated treatments Somatic cells have limited lifespans The condition may still be passed to offspring, because somatic cell gene therapy does not treat all the cells in the body The only way to do this is to have germ line gene therapy Current somatic gene therapy is not widely used Only for single gene disorders with cells that can be removed, engineered and then replaced in the body

25 Cloning Cloning is the making of entire organisms using genetic engineering Done in cattle, goats, mice, cats, pigs, rabbits, and sheep Dolly the sheep was the first animal to be cloned Dolly was put to sleep at the age of 6 in 2003 She was suffering from arthritis and a progressive lung disease These are usually only seen in old sheep There were 277 failures this nuclear transfer technique succeeded; Dolly was successfully born in 1997

27 Cloning Instead of cloning entire organisms, there is therapeutic cloning Stem cells are induced to turn into specific tissue cells or organs for transplants 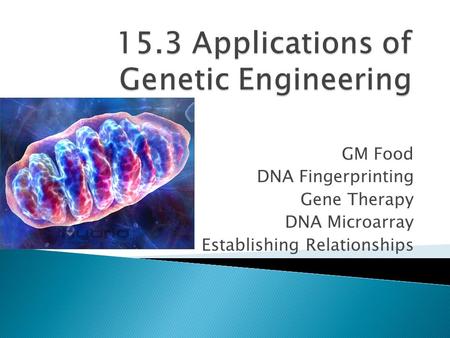 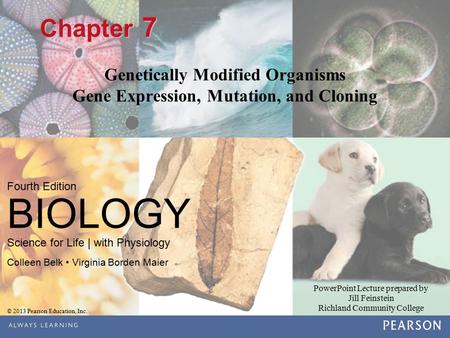 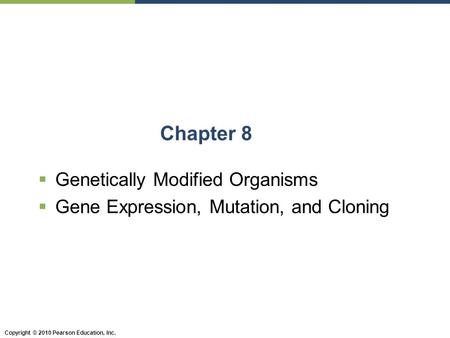