9 4-2 Newton’s First Law An object at rest remains at rest, and an object in motion continues in motion with constant velocity(that is, constant speed in a straight line) unless the object experiences a net external force. Began by Galileo in 1630s, then further developed by Newton in 1687.

10 Inertia- the tendency of an object not to accelerate
When the net external force on an object is zero, its acceleration (or change in its velocity) is zero.

12 Mass is a measurement of inertia
Ex: basketball vs golf ball Golf ball will have larger acceleration due to less inertia

14 Equilibrium Objects at rest or moving with constant velocity are at equilibrium The net external force acting on a body in equilibrium must be equal to zero.

15 Resolve all vectors into their x and y components.
When all the x vectors equal 0 and all the y vectors equal 0, then the vector sum is zero and the body is in equilibrium.

17 4-3 Newton’s 2nd and 3rd Laws
Acceleration of an object is directly proportional to the net external force acting on it. Less force is needed to accelerate a low mass object than a high mass object at the same rate.

18 In other words… A low mass object accelerates faster than a heavy object if the same force is applied.

20 Sample 4B Sample Problem 4B-Newton’s 2nd Law Fnet = ΣF = ma
Roberto and Laura are studying across from each other at a wide table. Laura slides a 2.2 kg book toward Roberto. If the net external force acting on the book is 2.6 N to the right, what is the book’s acceleration?

21 4-3 continued… Forces always exist in pairs
Ex: kicking a ball-the ball exerts a force on you and you exert a force on the ball

24 Field forces also exist in action-reaction pairs
Ex: the force of Earth (gravity) on a person and the force of a person on Earth

25 4-4 Everyday Forces Fg = Force of gravity is a vector quantity toward the center of Earth Weight = a scalar quantity, the magnitude of Force of gravity Fg = mg Weight depends on location (g) Objects weigh less at higher altitudes because g decreases

28 Force of Friction Friction opposes the applied force
The resistive force that keeps an object from moving is the static friction (Fs) Fs = -Fapplied as long as the object does not move Fs, max = when the force is as great as it can be without moving the object.

29 Kinetic Friction Fapplied > Fs, max =the object moves but there is still friction Fk (kinetic friction) = the retarding force on an object in motion The net external force is equal to the difference between applied force and kinetic friction force (Fnet = Fapplied – Fk)

30 Friction arises from interactions at microscopic levels
The force required to move a stationary object is greater than the force to keep an object moving. Fs, max > Fk

31 Magnitude of the force of friction is proportional to the normal force exerted on an object by a surface (weight).

32 The force of friction depends on the composition and quality of the surfaces in contact. Ex: carpet vs. tile

35 Sample Problem 4C-Coefficients of friction
A 24 kg crate initially at rest on a horizontal floor requires a 75 N horizontal force to set it in motion. Find the coefficient of static friction between the crate and the floor. μs = Fs, max = Fs, max Fn mg 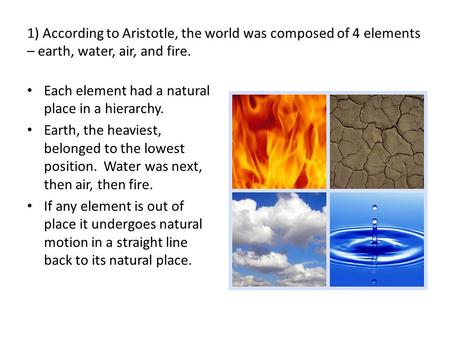 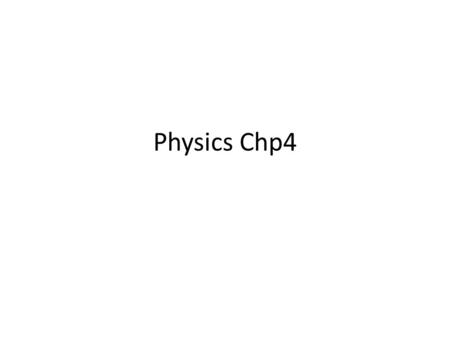