7 The Human Population Over Time
The human population underwent exponential growth in the 1800s, meaning that the population growth rates increased during each decade. These increases were mostly due to increases in food production and improvements in hygiene that came with the industrial and scientific revolution. However, it is unlikely that the Earth can sustain this growth for much longer.

9 Age Structure Age structure is the classification of members of a population into groups according to age or the distribution of members of a population in terms of age groups and helps demographers make predictions. Countries that have high rates of growth usually have more young people than older people. In contrast, countries that have slow growth or no growth usually have an even distribution of ages in the population.

10 Age Structure Age structure can be graphed in a population pyramid, a type of double sided bar graph. The figure on the following slide shows typical age structures for countries that have different rates of growth.

12 Survivorship Survivorship is the percentage of newborn individuals in a population that can be expected to survive to a given age. It is used as another way to predict population trends. To predict survivorship, demographers study a group of people born at the same time and notes when each member of the group dies.

13 Survivorship The results of these studies are then plotted on a graph and might look like one of the types of survivorship graphs below.

14 Survivorship Wealthy developed countries such as Japan and Germany currently have a Type I survivorship curve because most people live to be very old. Type II populations have a similar death rate at all ages. Type III survivorship is the pattern in which many offspring die. Both Type I and Type III may result in populations that remain the same size or grow slowly.

15 Fertility Rates A fertility rate is the number of births (usually per year) per 1,000 women of childbearing age (usually 15 to 44). Replacement level is the average number of children each parent must have in order to “replace” themselves. This number is slightly more than 2 because not all children born will survive and reproduce.

16 Fertility Rates A graph of historical fertility rates for the United States is shown on the next slide. In 1972, the total fertility dropped below replacement level for the first time in US History. Fertility rates remained below replacement level for most of the 1990s, but recently has been growing partly because the children of the baby boom grew up and had children.

19 Migration Migration between and within countries is a significant part of population change.

21 Life Expectancy Life expectancy is the average length of time that an individual is expected to live. Life expectancy is most affected by infant mortality, the death rate of infants less than a year old. Expensive medical care is not necessarily helpful in preventing infant deaths. Infant health is more affected by the parents’ access to education, food, fuel, and clean water.

22 Life Expectancy The graph shows that average life expectancy worldwide has increased to more than 67 years old. But, new threats, such as tuberculosis and AIDS are arising as populations become denser.

24 Stages of the Transition
In the first stage of the demographic transition, a society is in a preindustrial condition. The birth rate and the death rate are both at high levels and the population size is stable. In the second stage, a population explosion occurs. Death rates decline as hygiene, nutrition, and education improve. But, birth rates remain high, so the population grows very fast.

26 Stages of the Transition

27 Women and Fertility The factors most clearly related to a decline in birth rates are increasing education and economic independence for women. In the demographic transition model, the lower death rate of the second stage is usually the result of increased levels of education. Educated women find that they do not need to bear as many children to ensure that some will survive. They may also learn family planning techniques.

28 Women and Fertility Women are able to contribute to their family’s increasing prosperity while spending less energy bearing and caring for children. As countries modernize, parents are more likely to work away from home. If parents must pay for child care, children may become a financial burden rather than an asset. All of these reasons contribute to lower birth rates in both developed and developing countries. 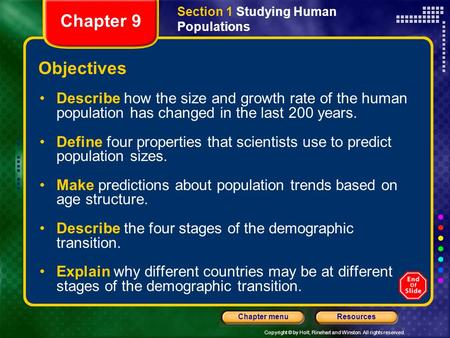 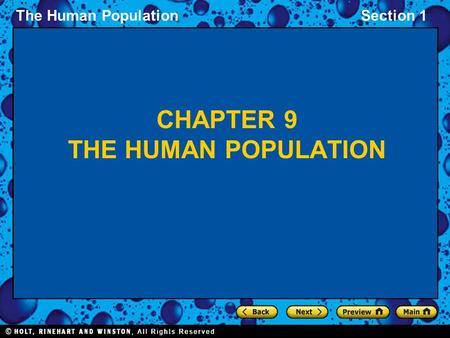