6 [[…]] In some cases, the range or list of characters is already represented using POSIX classes – POSIX – portable operating system interface – a standard that has defined among other things these classes Each class is denoted using :classname: – :alpha::digit: – :alnum: - alphabetic character or digit – :upper::lower: – :punct::cntrl: – :space: - white space (blank, tab, enter) – :print: - any visible character [A-Z][A-Za-z]+ is the same as [[:upper:]][[:alpha:]]+

8 \ Recall in the previous examples we used ( ) for an area code – ( ) are reserved for another purpose – We used. in our regular expression for IP addresses (but. can match any character) \ preceding a metacharacter is used to “escape” the meaning of the metacharacter – Without \,. matches any character but \. matches only the period – We would have to revise our previous example of an area code to read \([0-9]{3}\) so that we match the ( ) exactly

14 ( ) To apply a metacharacter to a group of characters (rather than just the preceding character), use the group in ( ) Example: match a list of words – A word will be any lower case letters followed by a space – A word will be [a-z]+ A list of words would not be: [a-z]+ + – The second + would apply to only the space, not the entire regex We will use – ([a-z]+ )+ The second + applies to the entire group of characters ([a-z]+ and the space)

18 Spam Filters One common use of regex is to build spam filters to search not just for keywords, but variations – Consider we want a regex to spot “viagra” but clever spammers will try to hide the word by using non-standard characters or by altering the spelling v!agra vi@gra v_i_a_g_r_a We might try any number of regexs to spot this – [Vv][1Ii!][Aa@][Gg9][Rr][Aa@] would catch the first two but not the third – [Vv].*[1Ii!].*[Aa@].*[Gg9].*[Rr].*[Aa@] would catch all three

19 Wildcards in Linux Recall from chapter 9 that we use *, ?, [ ] as wildcards when specifying filenames – The bash interpreter performs filename expansion by attempting to match all files in the current directory to the name listed – This is a process referred to as globbing – But we saw that *, ?, and [ ] are also used in regex – This is confusing! We have to differentiate when we use these characters in such commands as ls, rm, mv, etc from when we use them in regular expressions

20 Examples The contents of our current directory are :

21 grep The most common usage of regex in Linux is through the program grep – global regular expression print Usage: grep pattern file(s) – will return every line in the file(s) listed that contain a substring that matches the pattern Very useful for finding content of file(s) that you are interested in – e.g., searching all files in a directory that have IP addresses

22 Applying grep When the IP address pattern is used in grep for all files in /etc, we get the following (partial) output

23 Continued You might notice that grep matches lines that contain “mutt-1.4.2.2” thinking this is an IP address when it is actually a version name – Our regex was not specific enough although in reality 1.4.2.2 could be an IP address We also see the entry “Binary file /etc/prelink.cache matches” indicate that there was a match of our pattern to a binary file – We generally want to ignore binary files, we cannot view their contents The output also tells us the file(s) that matched – We can add options that eliminate file names or include the line number(s) that matched

25 More on grep grep only uses the standard regular expression set, which does not include some of the metacharacters like { } and ( ) To use the full set of metacharacters, you must use the extended version of grep, either: – egrep – grep –E Also, be aware that if you try the IP address search on /etc as a normal user, you will be given some permission denied errors since you do not have read access to all of /etc 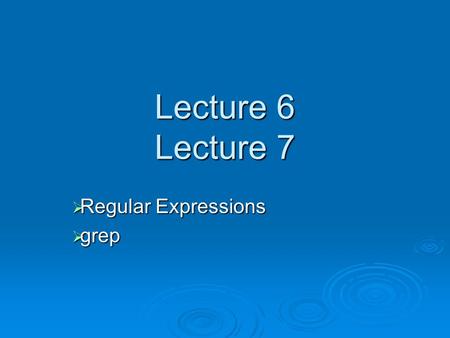 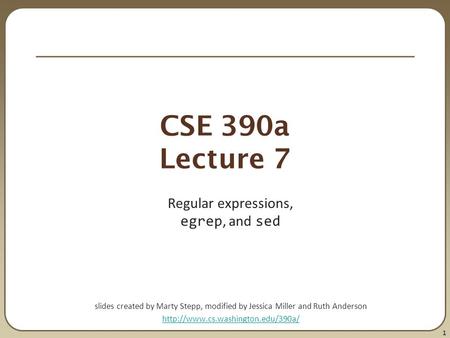 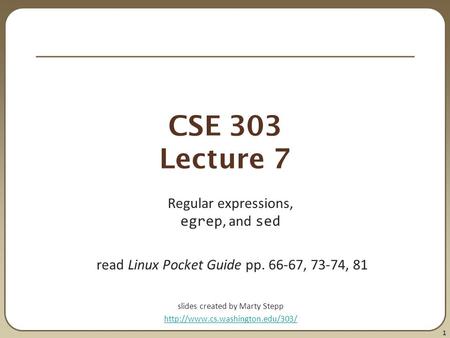 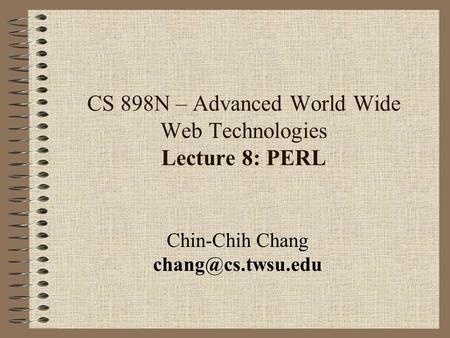 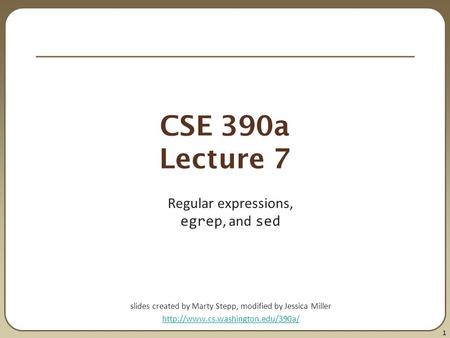 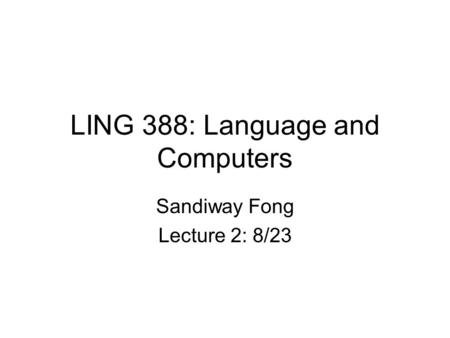 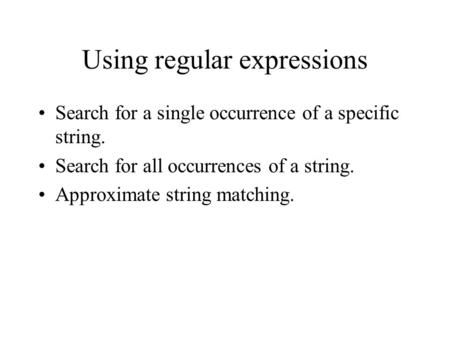 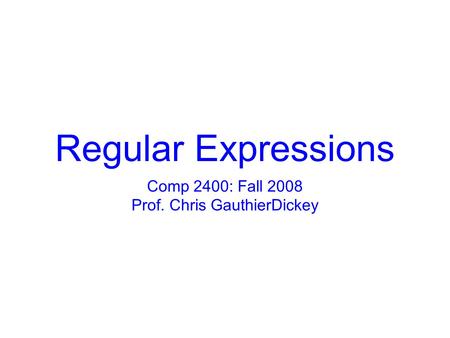 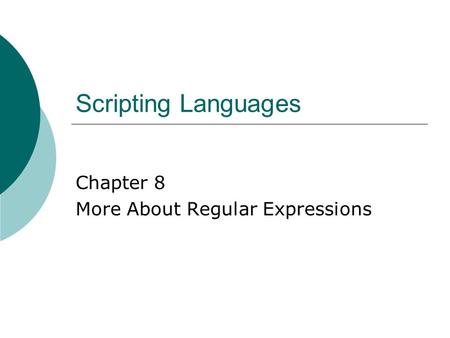 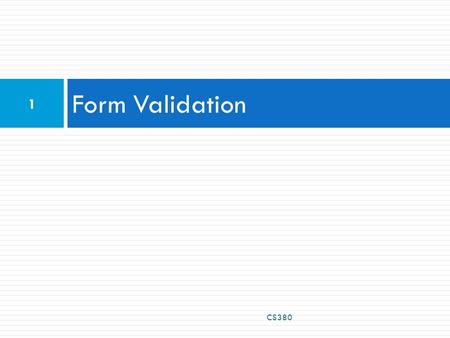 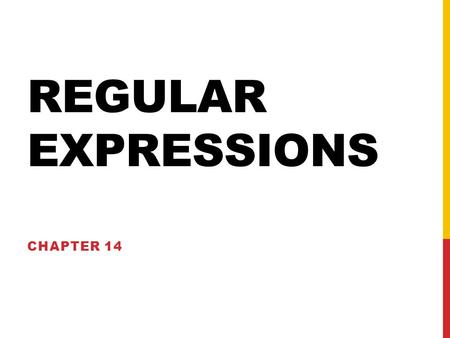 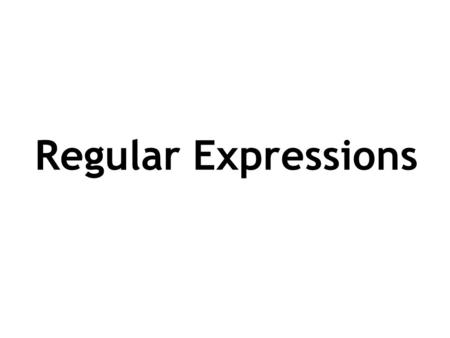 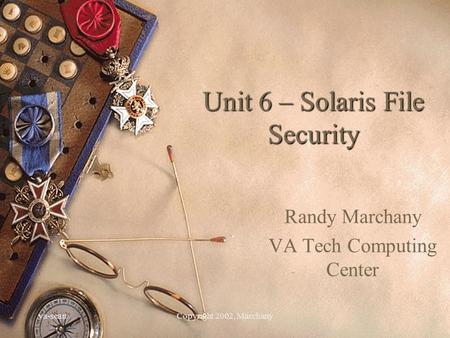 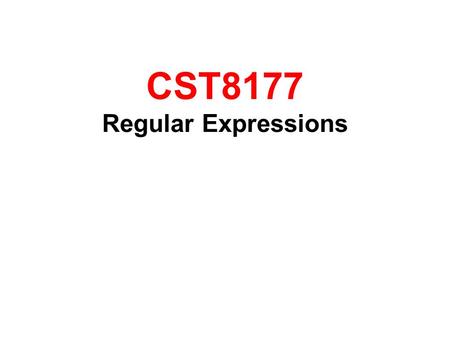