5 What determines rate of intramolecular processes and what is the mechanism?
Take viewpoint that the S1 state formed by photoexcitation is not a true eigenstate of the full Hamiltonian Spin-orbit coupling mixes S1 state with T1 state (ISC) or T1 with S0 Nuclear kinetic energy (vibration) mixes S1 state with S0 state (IC) or S2 with S1 Non-stationary state evolves with time

7 As shown e.g., in Gilbert and Baggott, p 67-68, substitute (4) and (3) into (1) and use of (2) leads to i.e., the rate of change of the coefficient (representing amplitude of wavefunction transferred to T1 state) depends on the matrix element of the perturbation operator. Consideration of degeneracy of final states in triplet manifold (density of vibrational states) leads to…..

8 Fermi’s Golden Rule For the radiationless transition between initial state i described by wavefunction I and final state f the transition rate constant is given by: H is that part of the Hamiltonian responsible for driving the process. - spin orbit coupling operator for ISC - nuclear kinetic energy operator for IC f(E) is the density of vibrational states for f

11 El Sayed’s Rule Intersystem crossing is likely to be very slow unless it involves a change of orbital configuration. 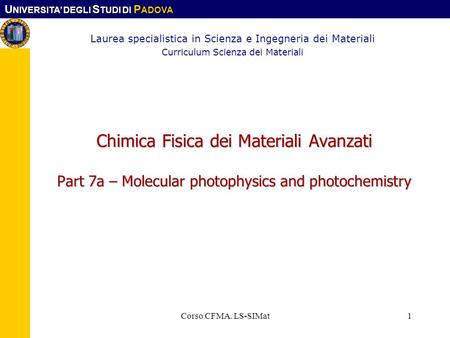 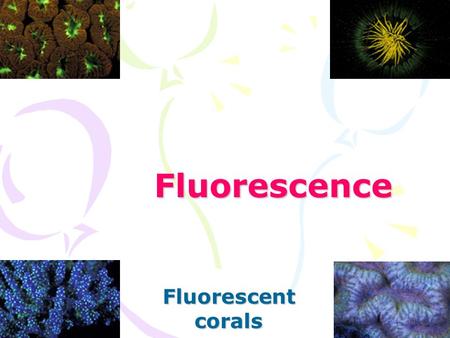 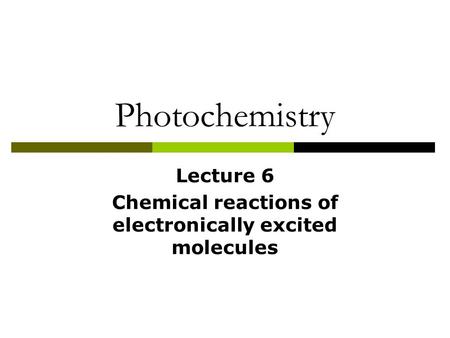 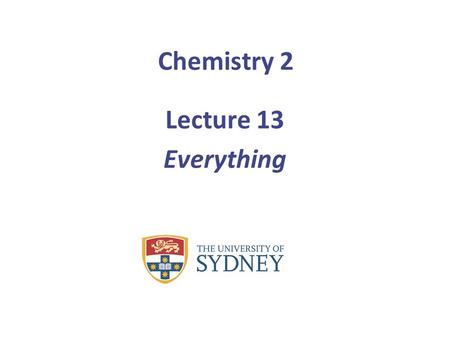 Chemistry 2 Lecture 13 Everything. Learning outcomes from lecture 12 Be able to explain Kasha’s law by describing internal conversion Be able to define. 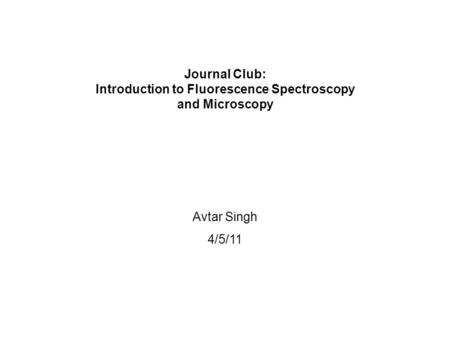 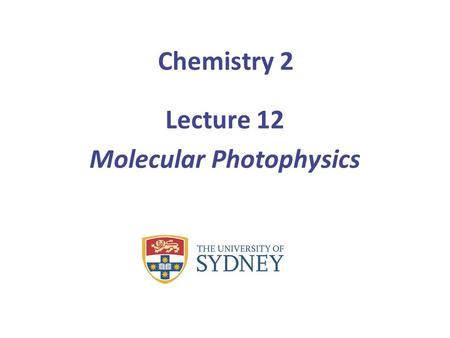 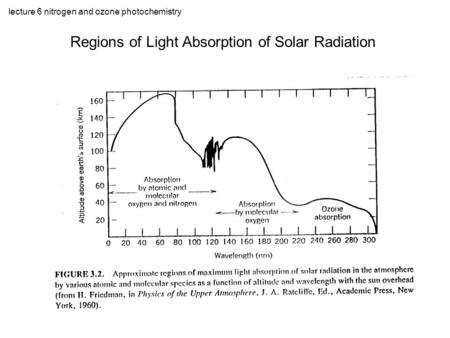 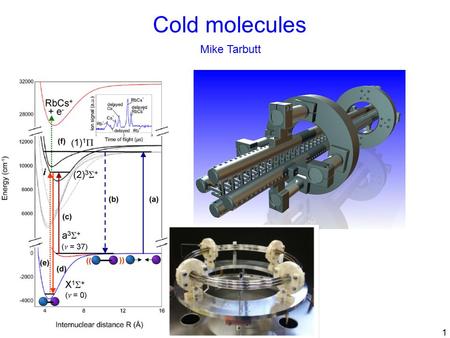 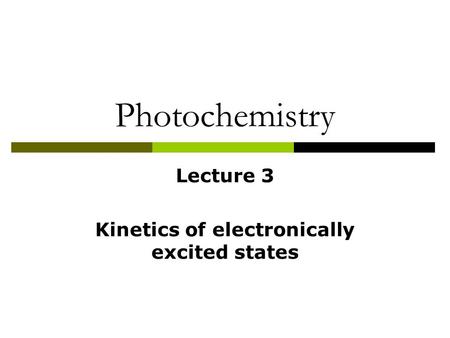 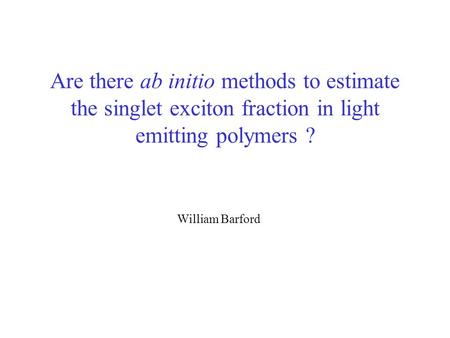 Are there ab initio methods to estimate the singlet exciton fraction in light emitting polymers ? William Barford The title of my talk is “What determines. 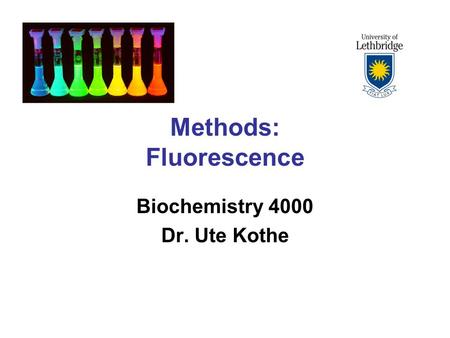 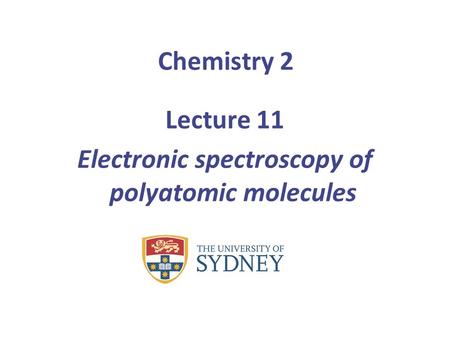 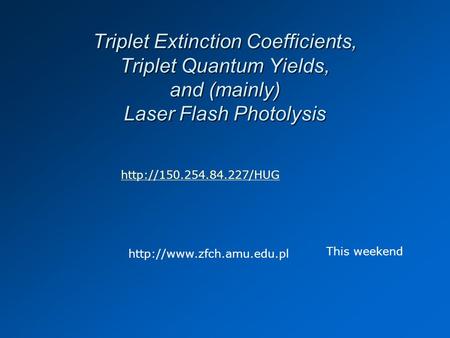 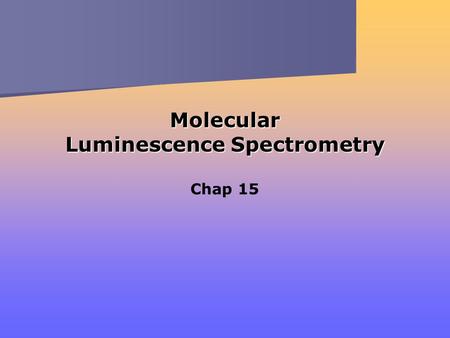 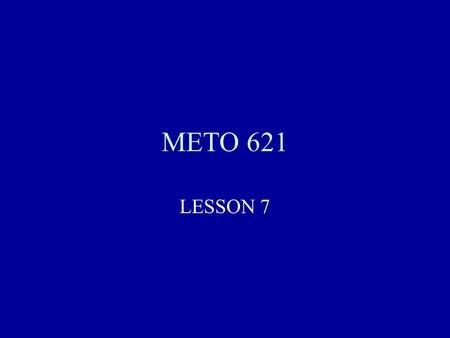 METO 621 LESSON 7. Vibrating Rotator If there were no interaction between the rotation and vibration, then the total energy of a quantum state would be. 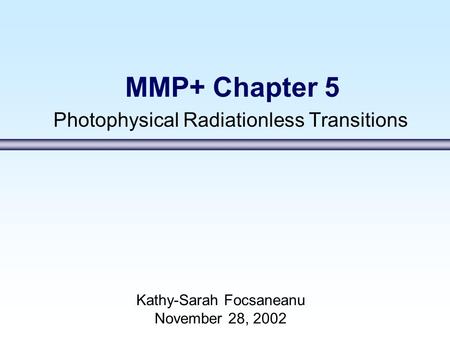 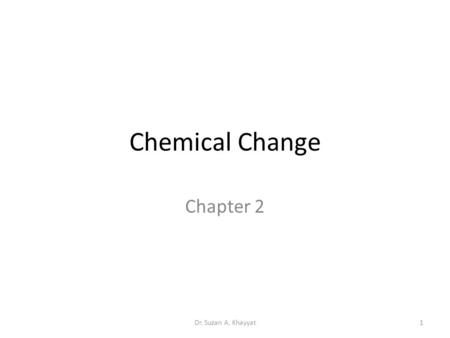 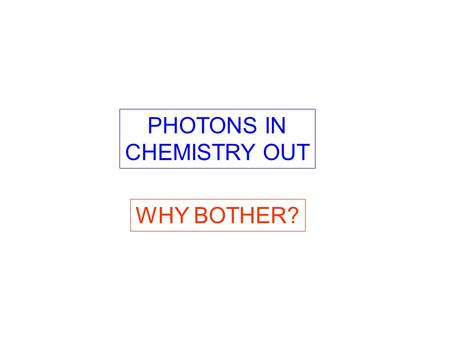 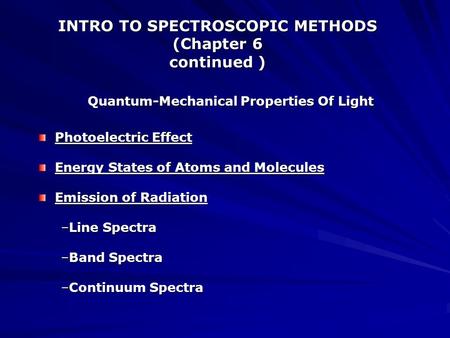 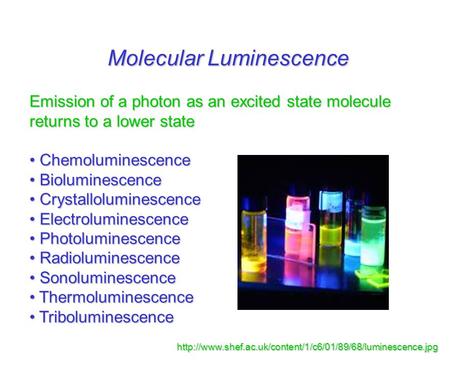