5 History of Android Google acquired the startup company Android Inc. in 2005 to start the development of the Android Platform. The key players at Android Inc. included Andy Rubin, Rich Miner, Nick Sears, and Chris White. In late 2007, a group of industry leaders came together around the Android Platform to form the Open Handset Alliance (http://www.openhandsetalliance.com).http://www.openhandsetalliance.com The Android SDK was first issued as an “early look” release in November 2007. In September 2008 T-Mobile announced the availability of the T- Mobile G1, the first smartphone based on the Android Platform. A few days after that, Google announced the availability of Android SDK Release Candidate 1.0. In October 2008, Google made the source code of the Android Platform available under Apache’s open source license.

7 Introduction to Android What is the Open Handset Alliance (OHA)? → It's a consortium of several companies Google Android

8 Introduction to Android What is the Open Handset Alliance (OHA)? Devoted to advancing open standards for mobile devices Develop technologies that will significantly lower the cost of developing and distributing mobile devices and services An open standard is a standard that is publicly available and has various rights to use associated with it, and may also have various properties of how it was designed (e.g. open process). There is no single definition and interpretations do vary with usage. Google Android

12 Libraries The next level up contains the Android native libraries. They are all written in C/C++ internally, but you’ll be calling them through Java interfaces. In this layer you can find a number libraries such as OpenGL, WebKit, FreeType, Secure Sockets Layer (SSL), the C runtime library (libc), SQLite and Media.

13 Libraries The media libraries are based on PacketVideo’s (http://www.packetvideo.com/) OpenCORE. These libraries are responsible for recording and playback of audio and video formats. A library called Surface Manager controls access to the display system and supports 2D and 3D. The WebKit library is responsible for browser support; it is the same library that supports Google Chrome and Apple Inc.’s Safari. The FreeType library is responsible for font support. SQLite (http://www.sqlite.org/) is a relational database that is available on the device itself. SQLite is also an independent open source effort for relational databases and not directly tied to Android. You can acquire and use tools meant for SQLite for Android databases as well.

16 Applications Built in and user apps such as Home, Contacts, Phone, Browser, and so on Can replace built in apps

19 Activities Typically correspond to one UI screen But, they can: –Be faceless –Be in a floating window –Return a value

21 Intents Think of Intents as a verb and object; a description of what you want done –E.g. VIEW, CALL, PLAY etc.. System matches Intent with Activity that can best provide the service Activities and IntentReceivers describe what Intents they can service

27 The Emulator QEMU-based ARM emulator Runs the same image as the device Limitations: –No Camera support

31 Interesting things to do Android is open source Opportunities for researchers Get the source, compile and update the device image 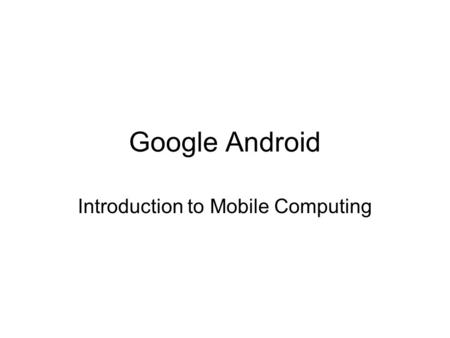 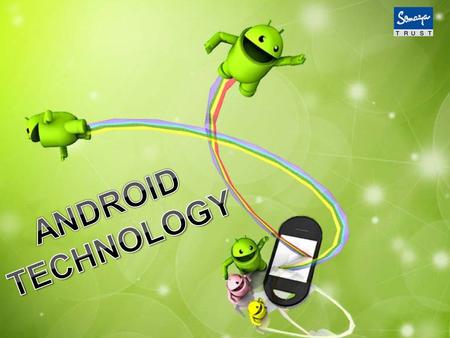 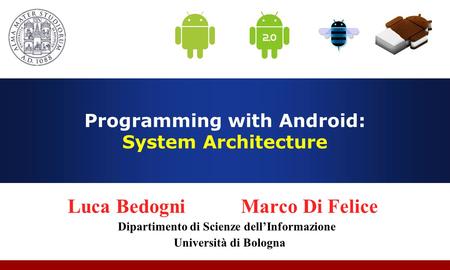 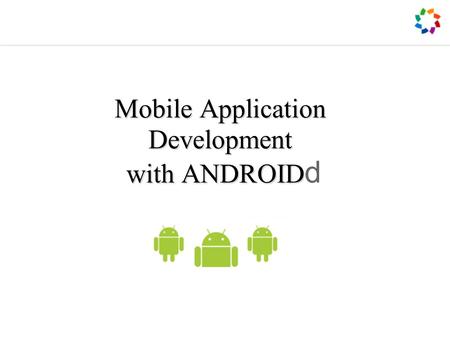 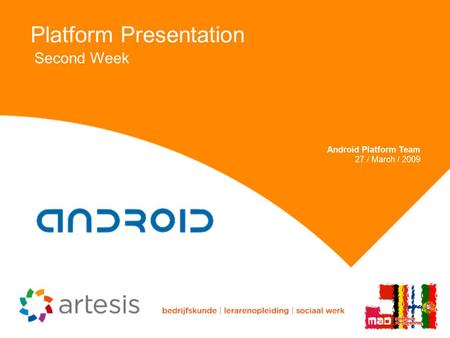 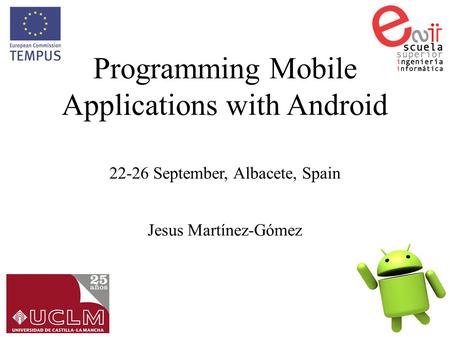 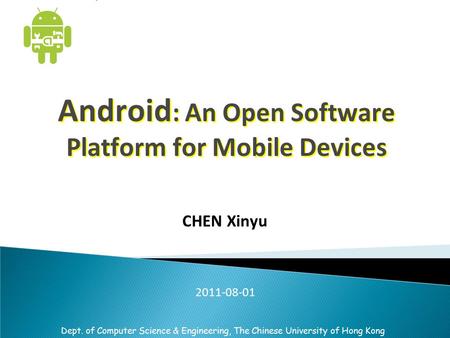 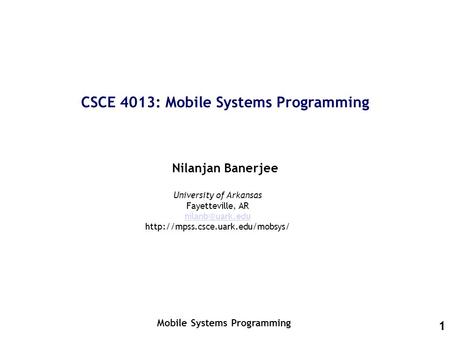