Physiological Diseases of the human Skeleton. Inflammatory Disorders of joints Joint pain and discomfort can be caused by many factors Bursitis Arthritis.

Presentation on theme: "Physiological Diseases of the human Skeleton. Inflammatory Disorders of joints Joint pain and discomfort can be caused by many factors Bursitis Arthritis."— Presentation transcript:

1 Physiological Diseases of the human Skeleton

4 Arthritis Arthritis comes from latin Arth = joints itis = inflammation There are over 100 different forms joint inflammation Out of all the types of inflammation “arthritis” is the most widespread and crippling disease in the U. S.

6 Osteoarthritis (OA) This is the most common form of arthritis It is a chronic degenerative condition that typically affects the aged. OA affects articular cartilages and is often called “wear and tear” arthritis because over time cartilage will wear down and expose bone.

9 Rheumatoid Arthritis RA affects 3 times as many women as men During RA, pannus, an abnormal tissue that clings to the joint, erodes articular cartilages When this happens scar tissue is formed and can become ossified and even fully fuse bones together

14 Even though osteoporosis can happen in anyone it seems to be more common among women after menopause Other people at high risk are smokers, people who have a poor diet, and people who do not exercise regularly

15 Bone Fractures Bone fractures can happen for many reasons. Because of this, there are many different ways a bone can break We will look at eight of the most common types

Download ppt "Physiological Diseases of the human Skeleton. Inflammatory Disorders of joints Joint pain and discomfort can be caused by many factors Bursitis Arthritis." 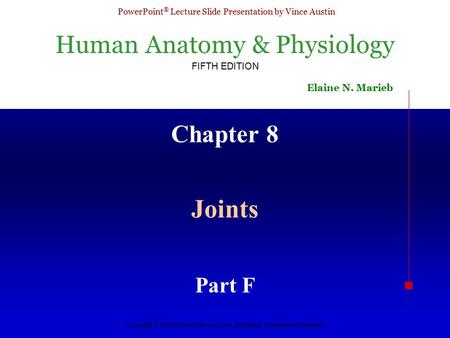 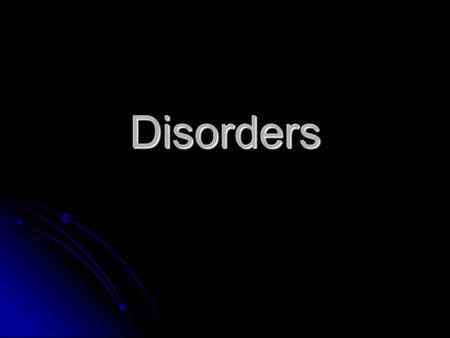 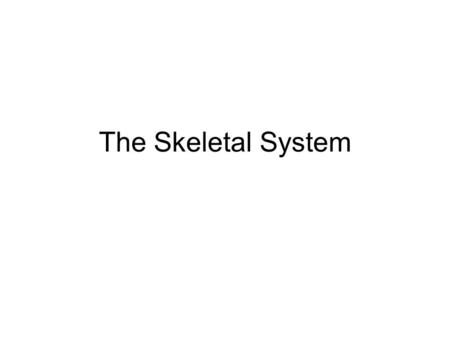 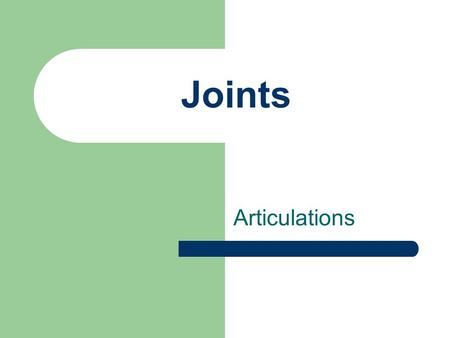 Joints Articulations. Functions Hold the bones together securely Give the rigid skeleton mobility. 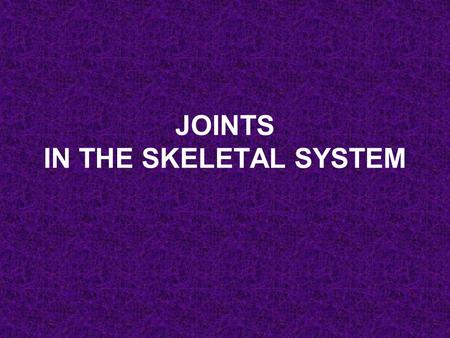 JOINTS IN THE SKELETAL SYSTEM. What is a Joint? The area where two or more bones articulate (move). Joints give structure and flexibility to the skeleton. 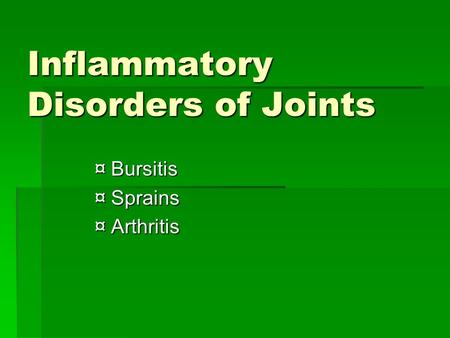 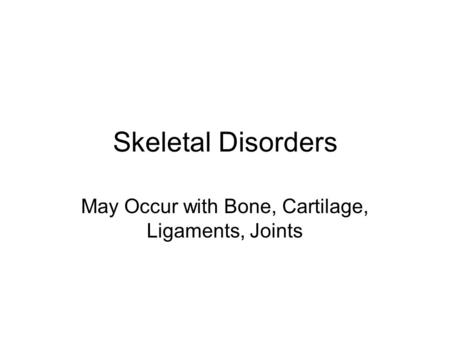 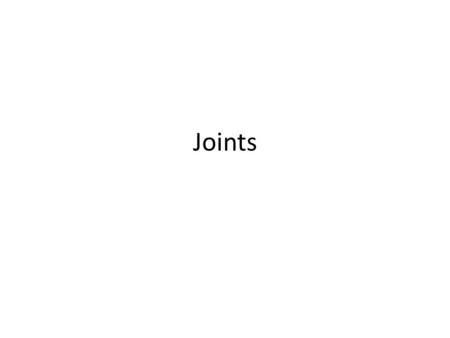 Joints. A joint is the location at which 2 or more bones make contact Joints, also called articulations, have 2 functions: 1.They hold bones together. 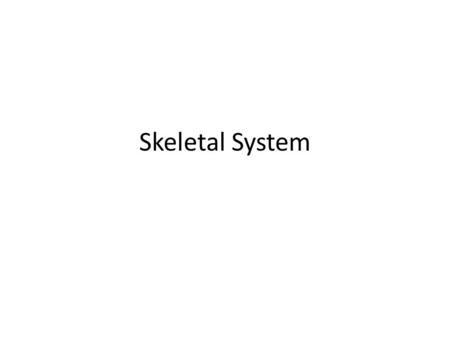 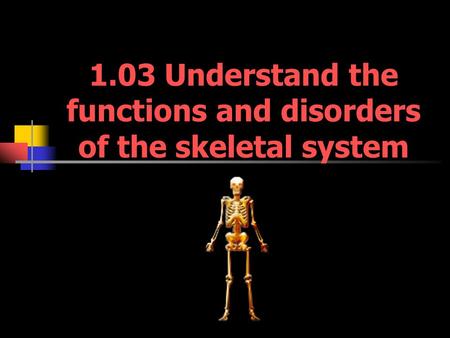 1.03 Understand the functions and disorders of the skeletal system. 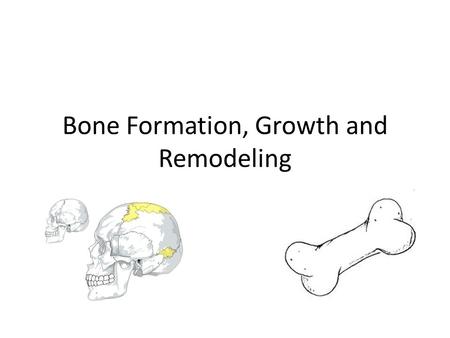 Bone Formation, Growth and Remodeling. Bone formation The Skeleton is formed from two of the strongest and most supportive tissues in the body: Cartilage. 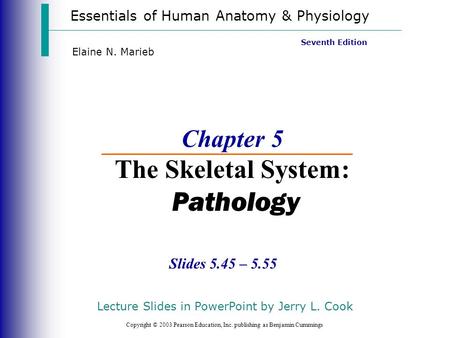 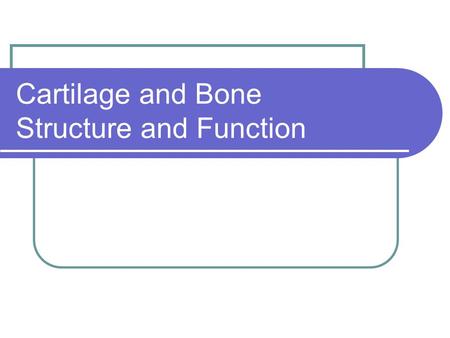 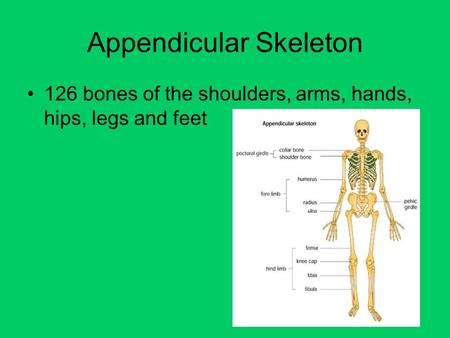 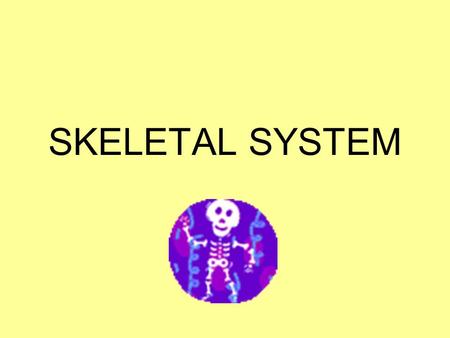 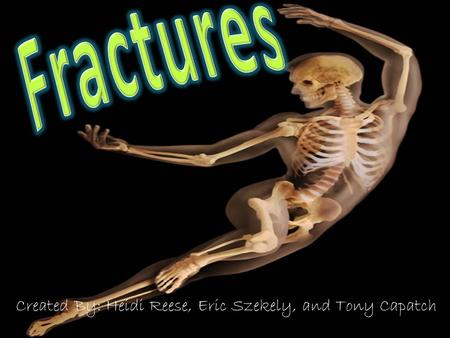 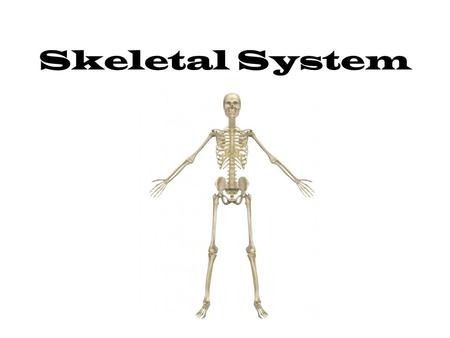 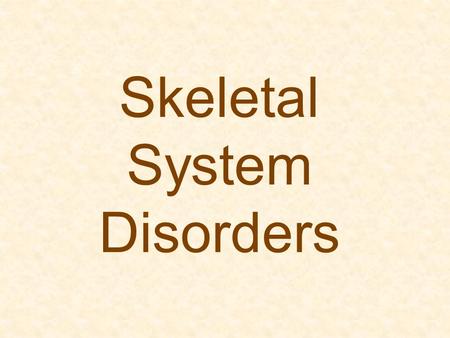 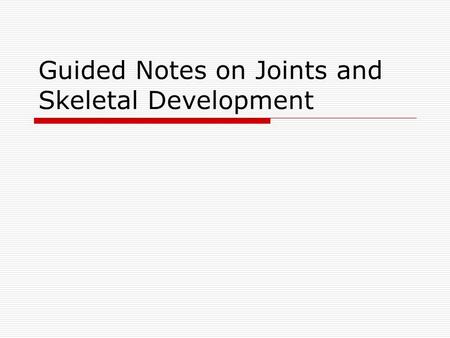