2 STI’s Sexually Transmitted Infection (STI) – any pathogen that spreads from one person to another during sexual contact. There are 19 million new cases of STIs in the United States each year. Of those cases, over 3 million occur in people under the age of 20.

5 The Most Common STIs 1. Trichomoniasis is caused by a protozoan that infects the urinary tract or vagina. Male symptoms: painful urination, clear discharge from penis, some itching Female symptoms: itching and burning in vagina, unpleasant smelling, yellowish discharge, and pain when urinating

6 The Most Common STIs 2. Human Papilloma Virus (HPV) is the most common viral STI in the United States. In many cases, HPV causes no symptoms, so people may not be aware that they are infected. Some forms of HPV cause genital warts, which may itch or burn. Sometimes, the body’s immune system will destroy the virus, clearing the body of infection. But in some people, HPV remains in the body for life. One of the most serious conditions associated with HPV infection is cervical cancer in women.

7 The Most Common STIs 3. Chlamydia is the most common STI caused by bacteria in the United States. This infection can be cured with antibiotics. Male symptoms: painful, frequent urination, discharge from penis (untreated-urethritis) Female symptoms: no symptoms, other than yellowish vaginal discharge (untreated-PID)

8 Other STIs 1. Hepatitis B and C are sexually transmitted infections that attack the liver. They are also spread by blood to blood contact, such as when people share needles. Common Symptoms: fatigue, abdominal pain, nausea, jaundice 2. Gonorrhea is a bacterial STI that infects the urinary tract of males and females and the reproductive organs of females. Male Symptoms: thick, puslike discharge from penis, painful urination Female Symptoms: painful urination, puslike discharge from vagina or urinary tract

9 Other STIs 3. Genital Herpes is caused by a virus, known as herpes simplex virus. Symptoms: hardly noticeable OR more severe (painful blisters on or around genitals) There is no cure for genital herpes. Infected people can experience periodic outbreaks of blisters throughout their lives. An infected individual can pass the herpes simplex virus whether blisters are present or not.

10 Other STIs 4. Syphilis is a serious bacterial STI that progresses through 3 distinct stages. Stage 1: painless sore called a chancre, bacteria may spread from sore to different body parts Stage 2: sores appear in the mouth, flu like symptoms develop, rash on hands/feet Stage 3: symptoms may disappear for years, bacteria attacks internal parts of body which can cause brain damage, paralysis and heart disease In its early stages, syphilis can be treated and cured with antibiotics. Once it progresses beyond the second stage, the bacteria can be killed, but any damage that has already occurred is permanent.

11 HIV and AIDS The most serious incurable STI is caused by the human immunodeficiency virus called HIV. As of 2009, the CDC estimated that 1.2 million people in the United States are living with the HIV infection. One in five (20%) of those people are unaware of their infection. Despite increases in the total number of people in the U.S. living with HIV infection in recent years (due to better testing and treatment options), the annual number of new HIV infections has remained relatively stable. However, new infections continue at far too high of a level, with approximately 50,000 Americans becoming infected with HIV each year.

13 Stages of HIV Infection
Asymptomatic Stage: the stage of HIV infection in which the infected person shows no symptoms. People in this stage can infect others even though they feel fine. Symptomatic Stage: when an HIV infected person starts to experience symptoms. Symptoms may include: weight loss, a persistent fever, diarrhea, or fungal infections. Symptoms may not appear until 7-10 years after infection with HIV. AIDS: is usually marked by a very low number of helper T cells in the blood. Because the body’s ability to fight disease has been weakened by HIV, they are susceptible to infections that a healthy person’s immune system could easily fight off. Opportunistic Infections: the infections that attack a person with a weakened immune system.

15 Testing for HIV and AIDS
In an HIV test, a person’s blood is tested for antibodies to HIV. If antibodies are detected, a second test is done to verify the result. A person who is diagnosed as being infected with HIV is said to be HIV-positive. 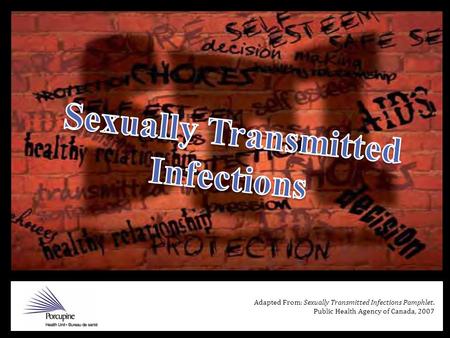